Zach Calzada is a rising American football player. He is currently playing in the Southeastern Conference for the Texas A&M Aggies Football team. Calzada plays as a quarterback for his team and is currently in his sophomore year. Zach was named into the Under Armour All-American team.

Zach Calzada was born in late 1990s. He has not shared his exact birth date with the public. Calzada has yet to share a word about his parents and his early life. After graduating from Lanier High School, He enrolled at Texas A&M University. Talking about his physical appearance, Calzada stands six feet and four inches tall and weighs 90 kg.

Zach started playing football in middle school. He was part of numerous sports in his High School days but chose to remain with American football. Calzada played under the supervision of Head Coach Korey Mobbs. The player completed 122 of 240 pass attempts and 14 touchdowns as a senior. Zach finished High Schol with  238 for 467 through the air in his career for 3,429 yards and 29 touchdowns. 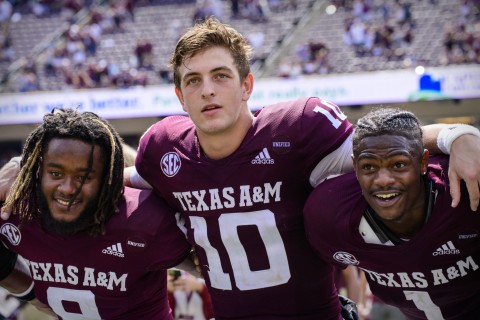 Zach lines up to take a photo with his group SOURCE: Saturday Down South

Calzada received numerous offers from universities but chose to play for Texas A&M University. Zach played in just three games in his preseason and earned the Freshman Academic Excellence Award at the annual team banquet. He was redshirted in his freshman year due to the NCAA rules in numerous Southeastern Conference.

In his sophomore year, Zach played in five games for the team and started in three games. In his game with Colorado, He threw for 183 yards on 18-of-38 passing and a score. The player is rated among the top prospects in the upcoming days. He will indeed list his name either in the coming or next NFL draft.

Who is Zach Calzada Dating? Know About His Girlfriend and Relationship Status

Zach is an active social media user. He keeps posting photos in his timeline regularly. Following his timeline, we can be sure that The American football player is involved in a romantic relationship with his longtime girlfriend, Mariana Torress. The love birds have been dating each other for some time. They first opened about their relationship in July 2021. 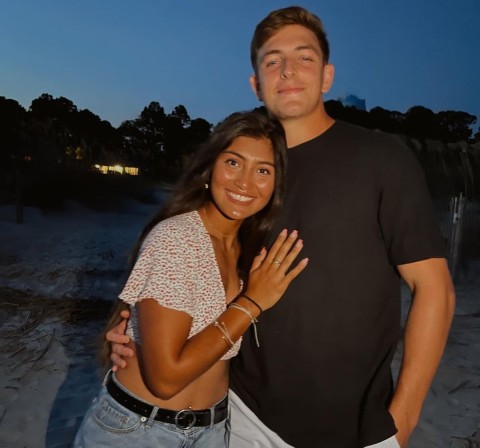 Both of them are athletes and are very supportive of each other. Mariana plays baseball for Texas A&M. It seems like they met each other at the University.

Zach is yet to start his professional career. As per the rules of the NCAA, The players are not allowed to receive any form of payment for them to represent the university in sports. Universities offer their athletes scholarships to help them cover most of their expenses. Calzada will be making millions in the future.