Jabrill Peppers is a rising American professional football player. He is currently playing in the National Football League for the New York Giants as a strong safety. Cleveland Browns drafted him in the 2017 NFL draft in the first round. Peppers was named the Big Ten Linebacker of the Year.

Jabrill Peppers was born Jobrill Ahmad Peppers on October 4, 1995, in East Orange, New Jersey. He is the son of Terry Pepper and his wife, Ivory Bryant. His father was active in his life until he was arrested when Jabrill was seven. Jabrill graduated from Paramus Catholic High School and enrolled at the University of Michigan. Peppers stands five feet and eleven inches tall and weighs 98 kg. 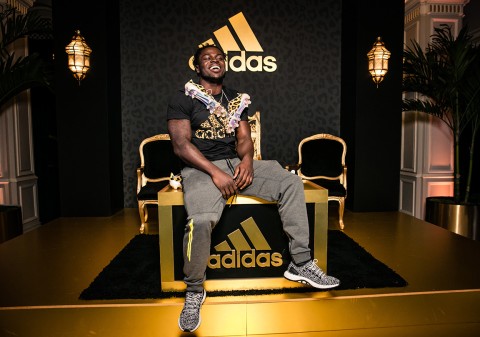 Jabrill has signed a milti-year deal with Adidas SOURCE: Weartesters

The American football player signed a $10.7 million contract with the Cleveland browns in 2017 with a signing bonus of $5.6 Million. In his first season, He took home an amount of $6,126,446. The following season, His salary was a mere $935,090. The Giants acquired Jabrill and Kevin Zeitler and earned a salary of $1,405,181. Pepper is very much early in his career and will be making millions in the future.

Who is Jabrill Peppers Dating? Know About His Girlfriend and Relationship Status

Jabrill is an active social media user. He keeps posting numerous photos of his games, training, and family. However, Peppers is very much private about his love life and relationships. Jabrill is believed to be single as of 2021. The player is very much early in his career and also at the peak so, he must be focusing on making a promising career and starting his love life.

Jabrill played football for the Don Bosco Preparatory High School in his freshman and sophomore year but moved to Paramus Catholic High School in Junior year. After his junior season, he helped the school win the state championship and was named Player of the Year by MSG Varsity. Peppers played in three games as a true freshman and was redshirted after sustaining an injury. 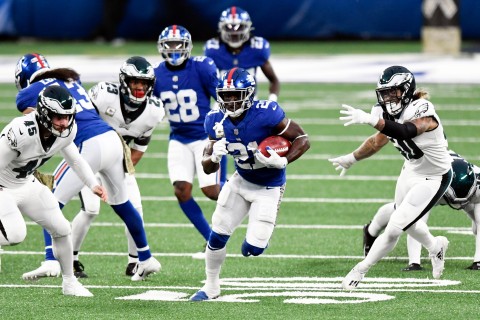 Jabrill won more than dozens of awards in the next two seasons and made it to numerous teams. He was named the Big Ten Freshman of the Year in 2015, Big Ten Defensive Player of the Year 2016. In 2017, The player forgo his senior year and listed his name for the 2017 NFL draft. Cleveland Browns drafted him in the first round overall 25th pick. In the next two season, Peppers played with the team as a strong safety.In March 2019, the giants acquired him and played in nuermous games for the team.