Tanner McKee is a rising American football player. He is currently playing in the Pac-12 Conference's North Division for Stanford University. Tanner plays as a quarterback for his team. McKee played in the 2018 U.S. Army All-American Bowl and the 2018 Polynesian Bowl.

Tanner McKee was born Tanner Jeremine McKee in the late 1990s in Irvine, California. He has not shared the word about his birth date with the public. Tanner is among the four children born to Jeremine McKee and his wife, Layna McKee. He has three siblings, Kayla, Alexa, and Caden. After graduating from Centennial High School, Tanner enrolled at Stanford University. Talking about his physical appearance, McKee stands six feet and six inches tall and weighs 103 kg.

Tanner competed in numerous sports in his High School days. He played basketball, volleyball, and American football. The player led his team into two league titles and two CIF Titles. In 2016, McKee was named the Big VIII Player of the year, ALl-CIF, and a number of groups. The following season, Tanner won the Big VIII MVP award and was named into the All-state team. McKee holds the school's record-holder for longest pass play from scrimmage. 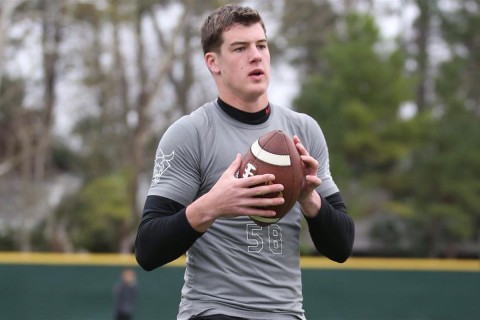 After graduating from High School, Tanner spent two years enrolling at Stanford on an LDS mission in Brazil. He got multiple offers from several top universities but chose to play for Stanford. In his freshman year, McKee played in just one game and finished 3-of-7 for 62 yards passing. In the ongoing season of Sophomore, McKee won the Pac-12 Freshman of the Week and Stanford offensive Player of the year.

Tanner is among the best-rated player in the league. He will be one of the best picks in the upcoming NFL draft. Many expect him to list his name for the 2022 NFL draft but could list after graduating in the 2023 season.

Who is Tanner McKee Dating? Know About His Girlfriend and Relationship Status

Tanner is an active social media user and keeps updating his followers with his photos of vacations, training, games, family, and friends. Following his timeline, we can be sure that McKee is dating his longtime girlfriend, Lauren Rasmussen. 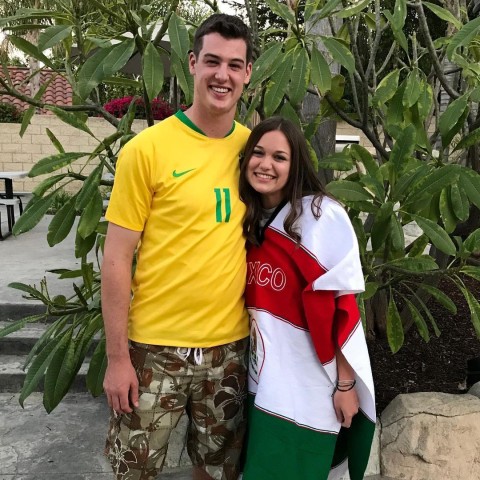 Both of them are pretty private about their relationship status. It seems like. They met each other while Tanner was on an LDS mission in Brazil.

Tanner's net worth is still under the radar. He has not started his professional career and is currently engaged in making a bright future ahead. Although McKee represents Stanford in the Pac-12 Conference but does not get paid a single dollar for his games. As per the NCAA rules, Universities are not allowed to offer the athletes cash prize money instead provide them scholarships.

Tanner will undoubtedly be drafted early in the upcoming draft. He will be entering into a contract worth millions. The average salary of an NFL first Round Pick is more than $20 Million.