2010 Big 12 Co-Defensive Player of the Year, Yvonne Turner is currently signed to the Phoenix Mercury of the WNBA as their Guard. After going undrafted in the 2010 WNBA draft, she played professionally outside of the U.S. In 2017, she signed to Phoenix Mercury as a free agent.

Omaha, Nebraska native, Yvonne Turner was born on October 13, 1987, under the star sign Libra. The 5 ft 10 in tall who holds an American nationality had the honor of becoming a Hungarian citizen during her playing stint with Hungary in the 2016-17 season where she led the EuroLeague in scoring while playing with Uniqa Sopron.

Net Worth and Contract

Furthermore, she has summoned a tremendous amount playing over seven years overseas in Australia, Ecuador, Germany, Hungary, Poland, Russia, Spain, Turkey. As reported, she made six figures there, as opposed to around the $35,000 salary for a WNBA rookie.

Yvonne Turner, 32, is yet to come out with her love story. Along with keeping her personal life private, she has set her Instagram private. Besides, she is nowhere to be found on social sites such as Facebook and Twitter. The basketball player seems a much confidential person. 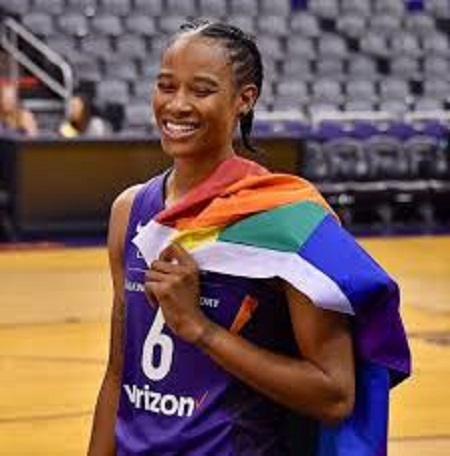 While other WNBA player makes headline due to their hook-up and break-up, she is the one who comes to spotlight because of her career.

Yvonne was born to parents: father, Euvon Turner, and mother, Vanessa Johnson. She grew up alongside her three brothers: Anthony Canion, Robert Canion, and Euvon Turner and one sister, Alishya Turner.

Yvonne graduated in 2010, majoring in Child, Youth and Family studies while minoring in education while at Nebraska.

On February 8, 2017, Yvonne Turner signed with Phoenix as a free agent and teamed up with Camille Little, Leilani Mitchell, and Brianna Turner. Not to mention, she is one of the oldest players to make their debut in the WNBA, when she signed with Phoenix.

She played in 95 career regular-season games, earning the start in 21 of them as well as appeared in all 34 games in 2017. Nevertheless, she missed the first two games of 2018 with a calf injury. In the 2019 season, she played 29 games, missing five for an overseas commitment.