Wout Faes is a Belgian professional footballer who is currently signed to Premier League side, Leicester City as a center-back. Earlier, he played for the Anderlecht and Oostende.

Mol, Belgium native, Wout Faes was born on 3rd April 1998, under the star sign Aries. The twenty-three years old holds Belgian nationality. He stands 1.88 m (6 ft 2 in) tall. Though there is not much information about his family in the media, he often mentions his parent and brother during his interviews.

How Much Is Wout Faes Net Worth?

Wout Faes has an estimated net worth of more than $1 Million. He has earned the most through his successful career. Faes receives an annual salary of £436,800 and a weekly wage of £8,400. In early 2022, The player signed a five-year contract for a reported fee of  £15 million. 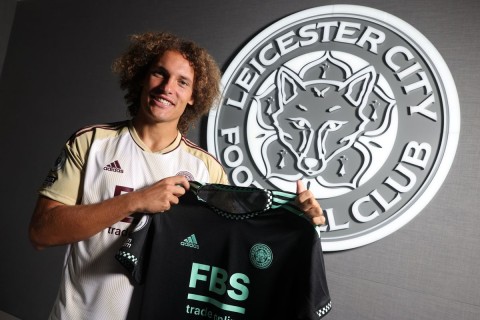 Besides club, footballer earns much from endorsement. However, there is no information about his endorsement deal.

When it comes to personal life, shirt no. 2 Reims' center back is a low-key person. There is no information about Faes' love life, not even his relationship status. Additionally, he has set his Instagram account private.

Seems like Faes does not want the spotlight on his personal side. Since there is no not even a hint, Wout Faes is believed to be single.

In 2016, Faes was promoted to the senior team of Anderlecht. for the second half of the 2016–17 season, he was sent on loan to Dutch Eredivisie club Heerenveen.

Upon his return, Faes was immediately demoted to the C-team. On 12th July 2017, he joined Excelsior on a one-season loan deal. For Excelsior, he played 19 matches with no goal.

In the summer of 2018, he signed a three-year contract with Oostende. During his debut season, he missed three league games due to suspension and two league debuts to a minor foot injury.

With Oostende, Faes reached the semi-finals of the Belgian Cup but was knocked out after a penalty shootout against Gent.

At the international level, Faes played for Belgium U15, Belgium U17, Belgium U19, and Belgium U21.

He received a call for the senior Belgium squad for 2022 FIFA World Cup qualification matches on 13th and 16th November against Estonia and Wales.