Willy Boly is a well-known Ivorian professional football player. He is currently playing in the English Premier League for Wolverhampton Wanderers. Willy plays as a center-back for his club and country. Boly has been playing at the professional level since 2010.

Willy Boly was born Willy-Arnaud Zobo Boly on February 3, 1991, in Melun, France. He rose to fame through his successful career and has not shared much about his parents and early life. Boly was born to Ivorian parents in France. Talking about his physical appearance, Wily stands six feet and five inches tall and weighs 97 kg.

Willy Boly has an estimated net worth of more than $5 Million. He credits most of his net worth to his football career and contract. Boly is currently playing with the Wolverhampton with an annual salary of £3,500,000. Boly extended his contract with the clubs for a 3 year / £10,500,000 contract. 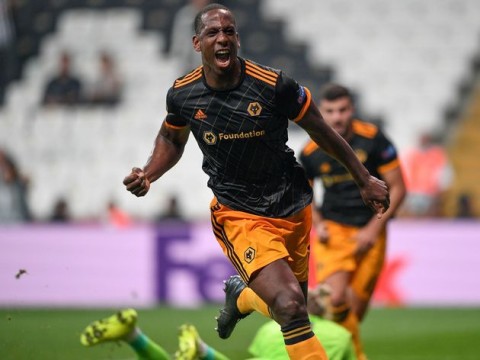 Willy will be earned £3,500,000 until the end of the 2022/23 season. Boly played with FC two for four seasons. In his first year, The player had an annual salary of more than £1.5 Million. Willy earned £72,800 while playing with Sporting Club de Braga. Totaling his career earnings, it sums to more than £15,000,000. Boly is very early in his career and will be adding a huge net worth in the future.

Who is Willy Boly Dating? His Relationship Status and Girlfriend

Willy is very much private about his relationship status. The Ivorian player does not show a presence on social. There is no rumor of him dating anyone in public. Boly could be single, dating or even married to his wife and living a happy life with his family.

Willy started training with a local youth academy in 2000. Boly trained with numerous youth academies and then signed a major contract with Auxerre, the second division club in French League. After representing the youth team of Auxerre in numerous divisions, Boly earned his senior team call in 2010 for Auxerre B.

Willy made his professional debut in 2011 with Auxera senior tram. He scored two goals while playing for the Auxerre B team until 2014. The player signed a three-year contract with Auxerre in 2011. Boly appeared in ninety-seven games in the next three years. In late 2014, He moved to the Portugal league club, S.C. Braga, on a four-year deal. Willy spent his first year with the B-team and represented Braga in twenty-five games next season.

In August 2016, FC Porto signed him for a five-year contract with a €45 million buyout clause. Willy played with the club for just one season and then was loaned to Wolverhampton for a season-long loan deal. The following year, The team got promoted to the Premier League and signed his contract with the Wanderers. Many top clubs are keeping a close eye on him.

Willy started his international career in France. He represented the U16 team in 2006 and then for U17 and U19. Boly never got a chance to represent France in the senior team and then earned his senior team call from Ivory Coast in 2020 and has appeared in seven games.