Bruno Miguelo Semedo Varela famously known as Bruno Varela is a professional football player from Portugal who plays as Goalkeeper for the Vitoria S.C. He is a former Premier Liga player who has represented Benefica, Vitoria Guimares and Vitoria de Guimaraes.  In the 2017 Annual Supertaca Candido de Oliver match, he helped lead Benfica to Victory.

The Vitoria S.C goolie, Varela was born in Lisbon Portugal on  4 November 1994. He wears jersey number 14. As of 2022, he is 27 years of age and his star sign is Scorpio. He is also the former goalkeeper of Dutch club Ajax.

The Portuguese national is from a black ethnic background so he has a dark skin complexion. He stands tall at a height of 1.91m (6 ft 3 inc) and weighs about 82 kg.

Bruno Miguel Semedo Varela started playing football from an early age. He began his professional youth career when he was about 6 years old i.e in 2002. The Vitoria Goolie started his youth career playing for  Ponte Feilas for straight 4

After his time there, he joined Benfica in late 2006 where he played for  7 years of his youth career. The Portuguese national went to different academies in the youth period before joining Benfica.

The Lisbon-born goolie Varela started his senior football career playing from Benifia  B in 2012. On September 22, 2012, he made his debut for Benfica in the game against C.D Aves in the Segunda Liga Championship. Later on 29  August 2015, he was loaned to Real Valladolid in a season for a long move where Varela had the biggest competitor Kepa Arrizabalaga there due to him he just get to play only one official game.

So, he decided to join top-flight side Vitoria F.C  on 2 July 2016. After that, he again went on the transfer market list.  In July 201,7 he joined his former club Benfica for a fee of around 100000 Euro for a 3-year deal. Durning time there, the Portuguese goolie appeared  29 games in total. Varela couldn't perform well as the club expected so the club sent him on a loan to Ajax in Dutch League until the end of the season. Varela made his Ajax debit in 22 January, 2020 against SV Spakenburg in KNVB cup. Later he extended his contract for another year. Bruno Varela came back to his country and joined  Vitoria de Guimares for a four-year deal on 19 August 2020. Due to his right thig tear injury he wasn't able to play and missed the start of the season.

Bruno Varela's very first called up for the national team was in 2009 for Portugal U-16 where he played 3 games. Similarly, he represented Portugal at the 2013 UEFA European U-19 Championship.

The Portuguese were the first choice during the summer 2016 Olympics when they lost in an eventual quarter-final run. As a Portuguese senior player, he was called up for the replacement of Anthony Lopes for the 2018 World cup qualifier.

Net worth snd career earning of Bruno Varela in 2022

Bruno Varela is considered one of the richest Portuguese players. As per the sources, his net worth is about $1.5 Million. As a Vitoria SC player, his agreed annual earning is £182000 and his weekly salary is £3500. Apart from this he also earns a handsome amount of money from his brands, endorsements, and sponsorship. 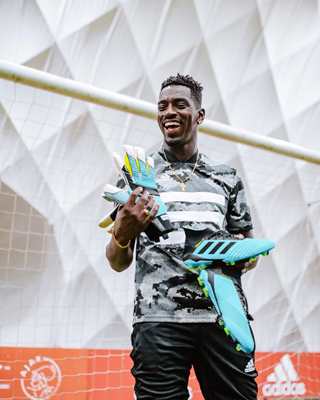 Addidas is one of his sponsors who provide him with the playing kits and boots. Though the exact agreed amount between them is not disclosed yet.

Relationship and dating status of Bruno Varela; Who is his Girlfriend?

As of 2022, The Portuguese goalie seems to relation with Aisha  Raquel Rodriguez. In the matter of the relationship he has keeps it private and stays away from the limelight. The couple are dating for quite a long time but still, they aren't married yet. The couple is blessed with a baby boy on 23 April 2015. 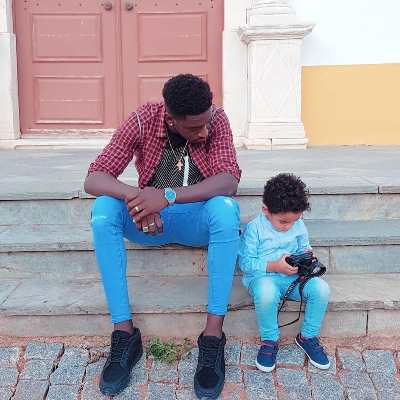 He often posts his son's picture on Instagram expressing his feelings towards him. Though he has kept his GF status very confidential.