Jonathan Ikolne is a French professional soccer player signed to Serie A club Fiorentina; he is mainly assigned a forward role. A full international since 2019, he has earned 4 caps and scored 1 goal for the French national team. He represented youth international for French from the squad of French U16, U17, U18, U19, U20, and U21.

Bondy, France native Jonathan Ikone was born on 2nd May 1998, under the Taurus star sign. He holds a French nationality and is of DR Congolese descent. The twenty-four years old stands 1.75 m (5 ft 9 in).

How Much Is Jonathan Ikone's Net Worth In 2022? (Salary and Contract)

The DR Congolese descent Ikone currently plays for the Serie A club Fiorentina where he earns weekly £24,000 per week, which is £1,248,000 per annum.

Football athletes make some good earnings through sponsorships, endorsements, and advertisements. To date, he has not flashed out how much he has been earning through such deals; his net worth is over $1 million. There is no report of Ikone's love life in the media. The forward has maintained his personal life as low-key as possible. He actively surfs Instagram but sadly has not dropped any hint there.

To date, he has not been spotted with any lady who is assumed to be his potential girlfriend. Hence, he is believed to be single. Ikone is focused on his professional life rather than dating someone. 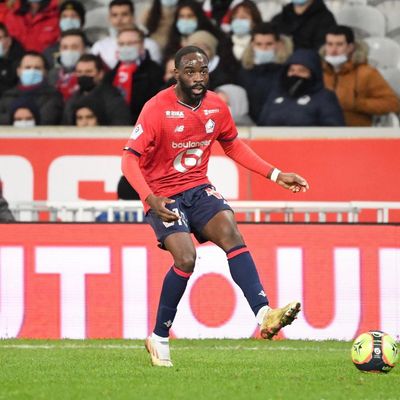 He was loaned to Montpellier in 2017 January, where he played for 1 year and transferred to Lille for a five-year contract on 1st July 2018. Ikone recently joined Fiorentina on 31st December 2021 with a transfer fee of €15.00 million.

The DR Congolese descent started his international career from French youth Internationals. He was called up for the senior French squad in 2019 as a substitute for Kingsley Coman, where he has made 4 caps scoring 1 goal to date.

Jonathan Ikone is active on Instagram, where he often posts about his professional life, he has 229K followers on Instagram, and his Instagram goes by j.ikone.