Gossip Who Will Win the Golden Boot in the 2022 FIFA World Cup? Know About Their Stats and Game Plan

Who Will Win the Golden Boot in the 2022 FIFA World Cup? Know About Their Stats and Game Plan

The 2022 FIFA World Cup is gaining steam as it concludes, and many fans are on the edge of their seats as the World Cup Finals approach. And one of the big questions that fans have now is who will win the Golden Boot for the 2022 World Cup. With many strikers wanting to win the award, fans remain uncertain about who will take the boot home.

The top scorer in the FIFA World Cup is the French forward Kylian Mbappe, with five goals. And in second place are his teammates. Well, one from his national squad and the other from PSG. Olivier Giroud and Lionel Messi scored four goals in the 2022 World Cup.

Mbappe might be bagging the Golden Boot in the FIFA World Cup 2022.

The ace striker of the French team, Kylian Mbappe, currently owns the top scorer. And Mbappe bagged five goals in the 2022 FIFA World Cup. As such, Mbappe is likely to bag the award. Kylian has netted almost the same number of goals as Messi and Ronaldo in the World Cups. 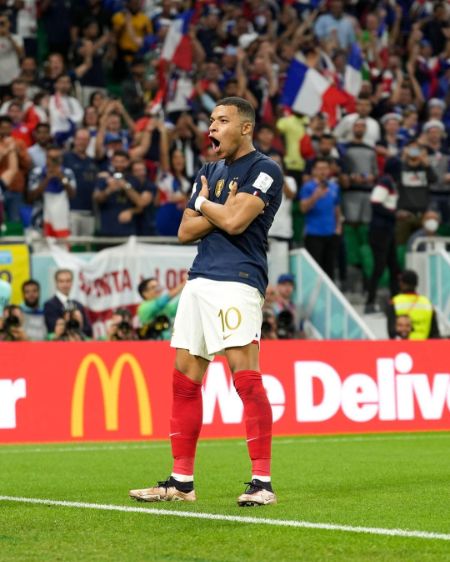 What's more, Kylian is counted as one of the best forwards in the game. Although he became a vital player in the 2018 FIFA World Cup, Harry Kane won the Golden Boot in the last world cup. And the English footballer bagged the award with six goals, one more than Mbappe currently has. Likewise, Kylian bagged a total of nine goals in just twelve games.

As the fan favourite to win the 2022 World Cup, Kylian may earn more points, resulting in him winning the boot. However, right on his tail is his teammate Olivier Giroud. The probability of Olivier earning the prestigious award is similar to his Mbappe.

Despite being much older than Kylian, Olivier Giroud's stats remains much to be desired. Likewise, the 2018 FIFA World Cup wasn't what one would call ideal for Giroud. And on the year his country won the World Cup, Olivier scored zero goals but had one assist. 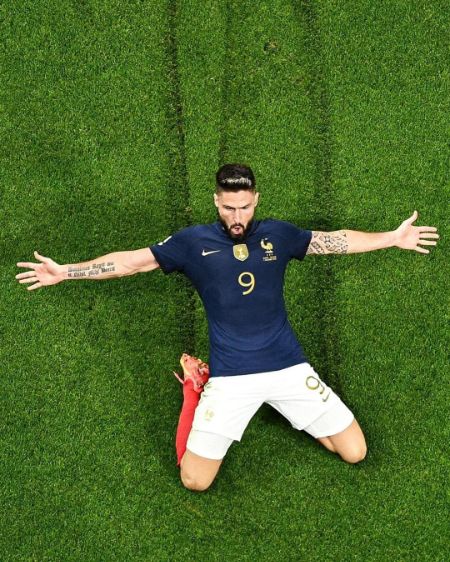 And in the 2022 FIFA World Cup, Olivier scored a whopping four goals. Despite appearing in seven matches in the last world cup, Giroud only had an assist in his name. But now, the French forward scored four goals in the four appearances. And over the past three World Cups, the veteran French forward netted five goals.

Olivier may add more assists in the upcoming matches. And as such, Giroud could end up funnelling the goals toward Kylian, resulting in Mbappe bagging the Golden Boot. Or will the young footballer feed Giroud the ball so he can hold the said award? Only time can tell what the French team's game plan will be.

Most remaining players scored only two goals in the 2022 FIFA World Cup matches. As such, a player holding the runner-up spot for the Golde boot isn't anything to scoff at, with four goals. Currently, Lionel Messi is tied with Giroud in the race for the Gold Boot. 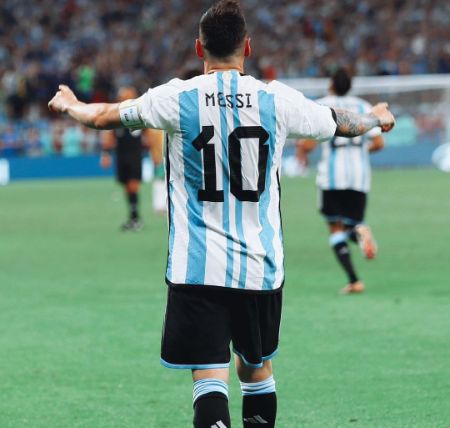 With Four goals, Lionel Messi is tied with Olivier Giroud in the race for the Golden Boot. SOURCE: [email protected]

Yes, Messi may have moved past his prime, but his passion for football still burns bright. And with a driven mind, the Argentine ace showed why he's considered a threat on the field. Argentina came to FIFA World Cups with a massive boost in their morals and as the winner of Copa America.

Over the years, the little Argentine giant has earned humungous titles. And on the FIFA World Cups, Messi holds to most goals scored compared to the rest of the players in this list. Out of 24 match appearances, the Argentine star forward scored ten goals. And currently, Messi and Cristiano Ronaldo have the same number of goals scored in the FIFA World Cup, ten goals.

The Argentine squad could feed the ball to Messi in their upcoming match against Croatia. And as a result, Messi may be able to win the Golden Boot if he scores around three goals and wins their game in the semi-finals.

But this is all speculation on who will win the Golden Boot in the 2022 FIFA World Cup. Who do you think will win the award for the top goal scorer?