Gossip Who is Marcus Freeman's wife? Freeman Has Six Children with his Wife

Who is Marcus Freeman's wife? Freeman Has Six Children with his Wife

Some spend a lifetime to attain stardom and fame, but some are lucky enough to find it way earlier than the rest. And such would be the story of Joanna Freeman, the wife of Marcus Freeman. Although Joanna never thought it would be a big deal when she married the love of her life, boy, was she mistaken. As the wife of the head coach of a well-established American Football team, hundreds of thousands of eyes were on the mother of six.

Despite coming to the spotlight in such a sudden manner, Joanna keeps a cool head. As such, it looks like the coach's wife was ready for this turbulent ascend to fame. And like all celebrity wives on the news, Marcus's wife keeps a clean image not to hinder her husband's career.

The love story of Joanna Freeman and her husband, Marcus Freeman, dates back to their college days. Joanna and her then-boyfriend, Marcus, first crossed paths in their college, Ohio State University. And at the time, she used to go by Joanna Herncane. 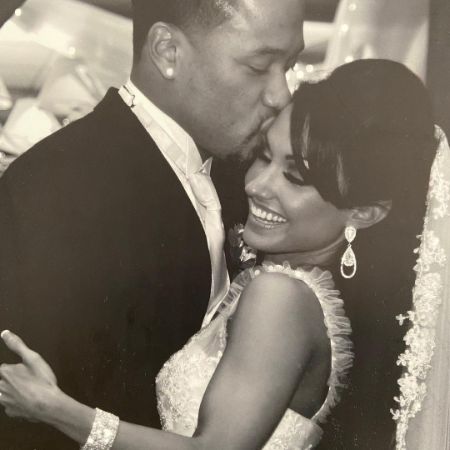 However, the Notre Dame head coach and his loving wife keep their college romance hidden from the world. Freeman attended the Ohio State University between 2004 to 2008. And as such, the couple would have started dating between those years. Yet, Marcus and Joanna never told a soul when they exactly started their relationship.

Herncane and Freeman spent years as boyfriend and girlfriend. And two years after Marcus graduated, Joanna and he exchanged their holy vows. On Febuary 20th, 2010, Freeman and Herncane became husband and wife. And the ND head coach and his college sweetheart held their big day in an intimate setting; only their closest friends and family came to the wedding.

The married duo recently crossed the decade-long milestone in their marriage on Febuary 20th, 2020. Joanna and Marcus took to Instagram to commemorate the milestone, sharing their long and beautiful relationship pictures they took over the years.

Marcus and his wife, Joanna Freeman, welcomed not one, not two, but six children.

As a couple that started from college, Marcus and Joanna Freeman keep their romance alive despite the busy schedule of the head coach and as parents. And over the years, the Freemans welcomed six lives into their successful marital life. 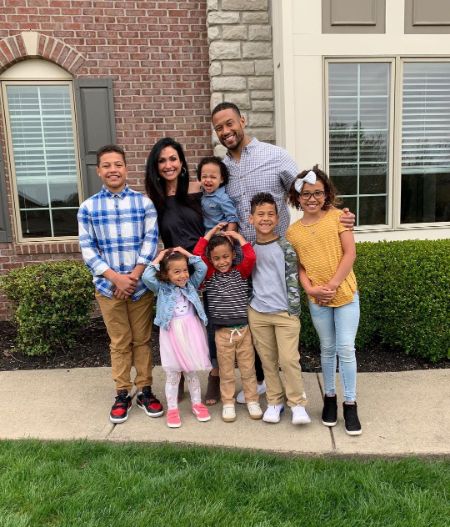 First and foremost, Joanna Herncane welcomed her first child, Vinny Freeman. The head coach and his wife keep their children from the spotlight. And so, their ages remain a complete mystery.

And the second child, Siena Freeman, was born. Like her older brother, her age remains hidden away from the internet. Thirdly, Marcus and his wife gave birth to Gino Freeman.

After that, Freeman father a son named Nico Freeman. And after welcoming three sons, the Freeman household welcomed their second daughter Capri Freeman. And lastly, the youngest of Joanna and her husband is a son. And the college sweethearts named their youngest Rocco Freeman.

No storm in the marriage of Joanna and Marcus Freeman

Over the years, Joanna and Marcus Freeman may have faced many difficulties. But, the duo kept their faith in each over and pushed past the hardships. And now, the mother and father of six children remain unwavering to any problems they could face. 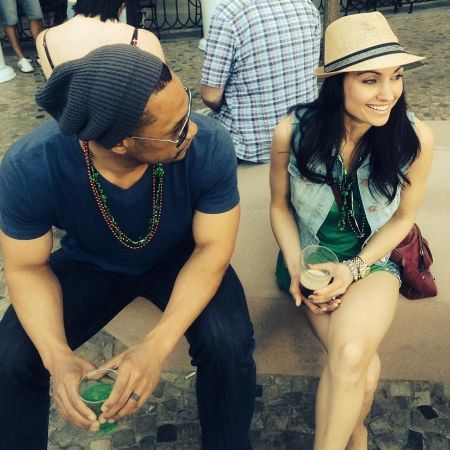 And on the same note, Marcus and his wife steer clear of extramarital affairs. Likewise, no news of big fights or rumors about their divorce has come to light. And as such, there appear to be no storms approaching Freeman's married life.

Joanna Herncane keeps her early life away from the media.

Yes, Notre Dame's head coach is married to a woman who likes her privacy. And as such, Joanna Freeman, née Herncane, keeps herself out of the media's reach. Aside from making public appearances with her husband, Marcus Freeman, she keeps herself isolated from the media.

Although, we did find out she went to the Ohio State University, where she met the love of her life. But, the school Joanna graduated from stays hidden in the murky shadows. Similarly, Herncane's age stays a guessing game at the moment. However, by the looks of it, Joanna may be around the same age as her husband, who is currently in his mid-thirties.