Well recognized as Miss France 2017, Alicia Aylies skyrocketed to fame after she was spotted cheering for France at the 2018 World Cup in Russia. Well, she was there especially for her beau Kylian Mbappé, a French professional footballer.

The French model was born on 21 April 1998 in Fort-de-France, Martinique, France. Standing 5 ft 9 1⁄2 in tall, she holds French nationality and belongs to mixed ethnicity.

Yes, you heard it right, Alicia Aylies is in a relationship with Paris Saint-Germain star footballer Kylian Mbappé. 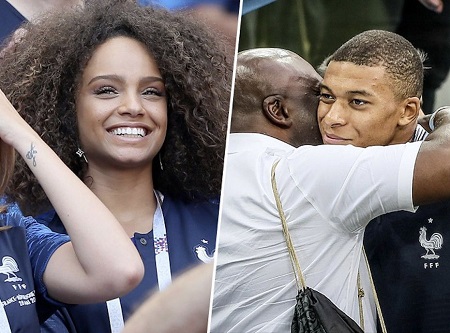 Their love affair came to attention last Summer while she was spied cheering on France at the 2018 World Cup in Russia. As reported, the duo has been dating since she was spotted at one of his Paris Saint-Germain games.

They make a great couple, but the two have not been spotted together till date. It seems like, the duo prefers their love life low key.

PSG striker, Kylian Mbappé, 20, is considered the world's most expensive player from a transfer value perspective by the CIES. Born and raised in Paris, he began his senior career playing Monaco. At the international level, he made his senior debut for the France national team in 2017. At the 2018 FIFA World Cup, he was named the youngest French footballer to score a goal at a World Cup, and became the second teenager, after Pelé, to score in a World Cup Final as well. He also won the FIFA Young Player award

Aylies was born as an only child to Martiniquais parents. Her father, Philippe Aylies, serves as an environmental manager, whereas her mother, Marie-Chantal Belfroy, is a driving school instructor.

After her parents divorced, she only aged 2 moved to Matoury, French Guiana with her mother.

She enrolled at Remire-Montjoly and graduated from lycée with a degree in science in 2016. Upon graduation, she started studying law at the University of French Guiana.

Modeling for world-renowned brands such as Louis Vuitton and Palmer's, the french model has an estimated net worth around $1 million. The foremost source of her income is her modeling career and endorsement deals.

As reported the average annual salary of the french model is €41,184. Since Aylies is experienced and has worked for various renowned brands, she might earn no less than the six-digit figure. 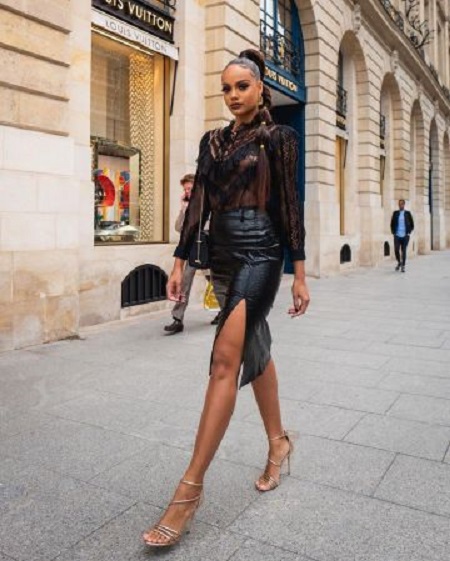 2017 Miss France, Alicia might have received a decent sum from that pageant. According to the source, miss France receives €100,000  in gifts with a monthly net salary of €3,000 for a year.

Other than that, being a public figure she spends a little more on her lifestyle. 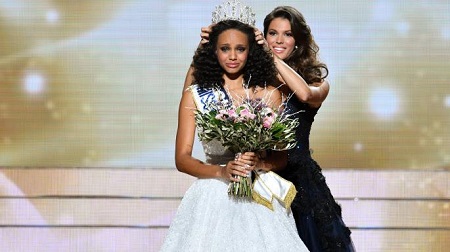 Following the victory, she went on to represent France at the Miss Universe 2017 pageant. Though she was one of the heavy favorites but failed to win the title.