Moreover, Hennesey has represented the youth football team of Wales and has already made his debut for the senior team. Hennesey's jersey number is 13. Hennesey has individually received some honors, including the Football League Two Player of the Month in February 2007.

The Nottingham Forest goalkeeper is currently in a relationship with his girlfriend, Kirsty Lee. Till now, Hennesey has not opened up about his love life, but some online sources say he is already married. However, it can't be confirmed yet.

It is believed that Hennesey and his girlfriend have been dating each other for some years now. Like many other football players, Hennesey also prefers to keep his personal life far from media prominence.

More to this, Hennesey does not have much presence on social media, making it more difficult to know about his relationship with his girlfriend.

Take A Look At His Salary & Net Worth

Currently, Hennesey is playing for the Nottingham Forest team, and being a prominent goalkeeper of the team, he may be receiving a fair salary. In the Premier League, the average salary of a goalkeeper for the 2021-22 season is just over £1.5 million per year. Being a goalkeeper, Hennesey may earn in the same range.

Besides that, Hennesey has previously played for multiple, including with Crystal Palace. When he left Wolves to join Crystal Palace, he received a massive transfer fee worth €3.65m. His current market value is €500Th, while the highest value was €5.50m.

Likewise, Hennesey has accumulated a decent amount of money from his profession as a football goalkeeper, and his net worth is pretty impressive. Some online sources say Hennesey is estimated to have a net worth of around $1 million to $5 million. 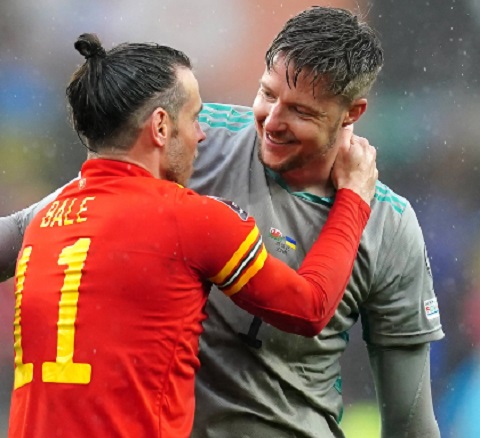 After that, he was loaned to Yeovil Town, with whom Hennesey played in 12 games. And on January 31, 2014, Hennesey joined Crystal Palace on a three-and-a-half-year contract. With them, he played in 110 games until 2021. Likewise, Hennesey also made his appearance in two games when he was with Burnley. Since July 15, 2022, Hennesey has been playing for Premier League Nottingham Forest.

Furthermore, Hennesey is also a national football player who has already played with U17, U19, and U21 teams. On May 26, 2007, Hennesey made his international debut after playing against New Zealand.

Insights On His Early Life & Family

Born on January 24, 1987, Wayne Hennesey grew up in Beaumaris, Anglesey, despite being born in Bangor, Gwynedd. The name of his father is Paul Hennesey, while his mother's identity is unknown.

Likewise, Hennesey is recognized as the cousin of Terry Hennessey, a former Welsh international footballer.