Walker Kessler is a rising American college basketball player. He is currently playing in the Southeastern Conference for Auburn University. Kessler plays as a Center/Power Forward for his team. Walker was named as Mr. Gerogia Basketball and into the Nike Hoop Summit and McDonald's All-American team in 2020.

Walker Kessler was born Walker Ross Kessler on July 26, 2001, in Atlanta, Georgia. He is the son of Chad Kessler and his wife, Andrea Kessler. His father was also a basketball player for Georgia Bulldogs in his days. Walker has a brother named Alec and a sister named Lilly. Kessler graduated from Woodward Academy and enrolled at the University of North Carolina.

A career in Basketball and NBA

Walker started playing basketball along with his father in their backyard from a very early age. He played numerous sports in his early days but stayed with Basketball in High School. Kessler averaged 17.8 points, 9.3 rebounds and 5.2 blocks per game, leading his team to its first Class 4A state title in his senior year. Walker was eventually named The Atlanta Journal-Constitution Player of the Year, Mr. Georgia Basketball and a few more. 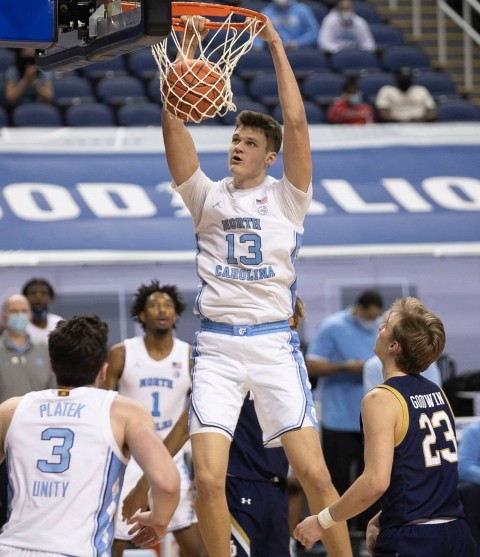 Walker scores a dunk in a NCAA game SOURCE: Kentucky

Kessler got a chance to compete for the Game Elite on the Amateur Athletic Union Circuit. He was a five-star recruit and one of the top centers in the 2020 class. Walker received numerous offers from universities like Duke, Michigan, Virginia, Vanderbilt and North Carolina. He eventually decided to play for the University of North Carolina.

Walker had an average season for the Freshman year. He averaged 4.4 points and 3.2 rebounds per game and set a North Carolina freshman record and an ACC Tournament record for blocks in a game. After finishing his freshman year, Kessler transferred to the University of Auburn over Gonzaga.

Who is Walker Kessler Dating? Know About His Girlfriend and Relationship Status

Walker is an active social media user and is very much open about his relationship status. Following his timeline, we can be sure that The basketball player is dating his longtime girlfriend, Maggie Hellgeth. The love birds have been together for some time. It seems like they met each other while in High School and have been together since then. 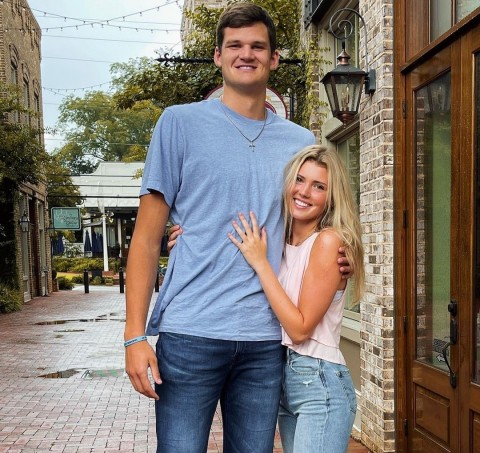 Both love birds are active social media users and keep sharing numerous photos of them in each other's timelines. They are very much early in their career and are not thinking of getting engaged or married anytime soon.

Earnings, Net Worth and Salary

Walker Kessler must be enjoying a lavish lifestyle through his parents successful career.He is yet to start his professional career and NCAA bans it's universities paying the athletes for them to play in the league games. Kessler's brother is a doctor and his sister graduated from LSU after four years as a beach volleyball player. The player will be making million the coming days from his future in the NBA.