Apart from playing for various football clubs across the European countries, he has represented Portugal in the youth teams and made his senior debut in 2007.

Vitorino Antunes is a Portuguese born footballer born on 1 April 1987 in Freamunde, Portugal. He was passionate about football from his early days.

He began his football career by joining the youth club of the local Portuguese football club,  S.C. Freamunde.

Vitorino Antunes’ Net worth and Salary

Vitorino Antunes 's net worth combined with his assets, his earning from different football clubs and from playing for his national side of Portugal is estimated around $ 3 million and is enjoying a fine style.

After playing for the main team of SC Freamunde and F.C. Pacos de Ferreira, he was transferred to Italian Serie A side, AS Roma as a loan from  Pacos de Ferreira and made his debut for the Italian club against Manchester United on 12 December 2007.

He was the part of the Roma side that was successful in winning the Coppa Italia Cup in 2007/08 and was transferred by Roma as a loan to several European football clubs such as  US Lecce,  Leixoes SC, AS Livorno Calcio and Panionios FC.

Vitorino then signed a three-year contract deal with his former club, Pacos Ferreira on 28 June 2012 and was loaned to the Spanish club, Malaga CF in 2013.

He made his Malaga debut against  Levante UD and signed a permanent four-year contract deal with Malaga on 11 June 2013 for an estimated transfer fee of €1.25 million.

The Portuguese defender signed a four and a half year contract deal on February 2, 2015, with Ukrainian Premier League club FC Dynamo Kyiv for a transfer fee in the range of €6 million.

He made his debut for the Ukrainian club against EA Guingamp on 19 February 2015 and scored his first goal against FC Illichivets Mariupol on 15 March 2015.

Vitorino Antunes is currently with the Spanish team, Getafe CF as a season-long loan deal from Dynamo Kyiv whom the Portuguese international signed on 21 July 2017.

After playing for Portugal in the U-19, U-20 and U-21 teams, he represented Portugal along with striker Fabio Coentrao at the 2007 U20 FIFA World Cup hosted by Canada.

Vitorino Antunes made his international debut for the Portuguese senior national team against Kuwait on 5 June 2007 and scored his first international goal against the United States on 14 November 2017 in a friendly match.

He along with fellow Portuguese defender, Pepe has been recently been called for Portugal squad captained by Cristiano Ronaldo.

Vitorino Antunes stands at 5 feet 9 inches tall and weighs about 70 kg. He is happily married to Rute Antunes and the couple is blessed with two children. Their first child, a son was born on December 16, 2009. 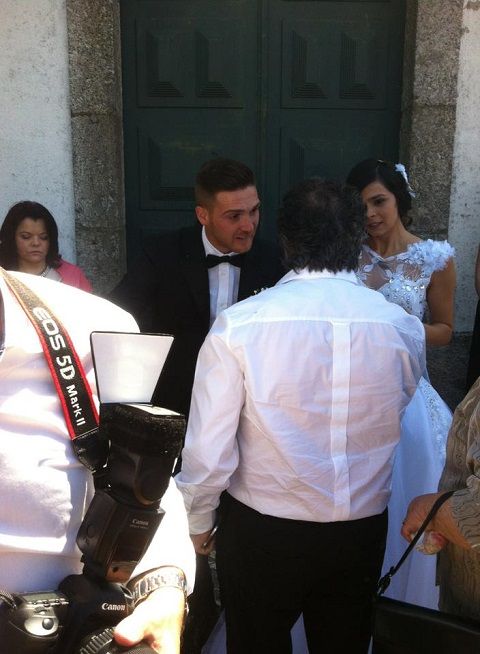 Besides, Antunes has shared very limited info about his family and married life. She stands at the height of 5 ft. and 7 inches and weighs 70 kg.