Vinny Curry is an American football defensive end by profession who currently plays for the New York Jets of the National Football League(NFL). He was a former edge rusher of the Philadelphia Eagles who served now and then for the team.

Vinny has been one of the most efficient pass rushers and also the one with an overall good durability track record. He had won the Super Bowl LII against New England Patriots while playing for The Eagles on February 4, 2018, where he recorded four tackles in the victory. 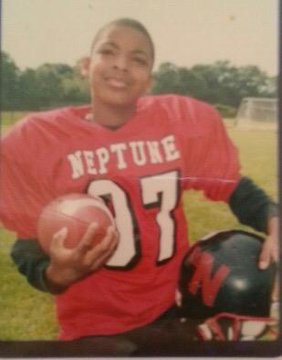 According to sources, Vinny graduated from Neptune(NJ) high school. Later he joined Marshall college, where he used to play football.

Net worth and Earnings of Vinny Curry

Being one of the best players in the field, he surely is well paid for by his professionalism. According to the sources, his net worth is estimated to be around $ 46million approximately. Curry's average salary is estimated to be about $1,300,000. His main source of income comes from playing football as a defensive end. 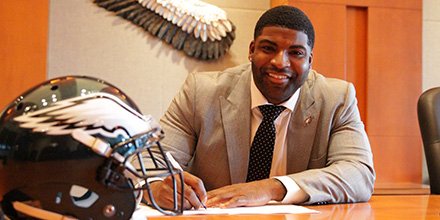 The New York Jets defensive end player owns his own house in Morganville, NJ. Being well paid off, he undoubtedly is living a luxurious and splendid life.

Read about the net worth of Sergio Arribas in Playerswiki.

The relationship status of Vinny Curry

Vinny Curry has a very loving fiance Daphne Vanderhorst whom he will be marrying in the winter of 2021. He frequently posts about their relationships through his official social media like Instagram and Facebook. The couple is said to have been in a relationship since the year 2014. The duo has two children together, one son named Noah Curry(4years) and one daughter named Chloe Curry(1 year).

Despite Daphne being a bit private on social media, Vinny doesn't miss a chance to share a glimpse of their parenthood. To conclude it all, they certainly have a good and healthy relationship maintained.

Vinny Curry's 2021 season with New York Jet will be impossible for the entire season after he was diagnosed with a rare blood disorder. The statement about Vinny's diagnosis needing the removal of his spleen was announced by himself on social media.

"While I am incredibly disappointed that I will not be able to play with my teammates  this year, I am thankful that the doctors identified my condition in time."

Also added:
"They have informed me that I am expected to make a full recovery and return to the field next season."