Tyreke Smith is a rising American football player. In the fifth round, Seattle Seahawks recently picked him in the 2022 NFL draft, overall 158th pick. Smith plays as a defensive end for his club. Tyreke was selected three-time academic All-Big Ten selection and finished his college career in the Senior Bowl.

Tyreke Smith was born on February 14, 2000, in Cleveland, Ohio. He is among the four children born to Randy Smith and Michelle Smith. Tyreke has two brothers, Dominique and Malik and a sister Kayla. His brother Malik is also an American football player. Smith graduated from Cleveland Heights High School and enrolled at Ohio State University. Talking about his physical appearance, Smith stands six feet three inches tall and weighs 120 kg.

Know About Tyreke Smith's Salary, Contract and Net Worth

Tyreke Smith has an estimated net worth of more than $500,000. He has earned most of his net worth through his salary and contracts. Smith is very early in his career. He is in the first year of his professional career. The player recently signed a four-year contract with the Seahawks for a reported  $3,980,976 fee. 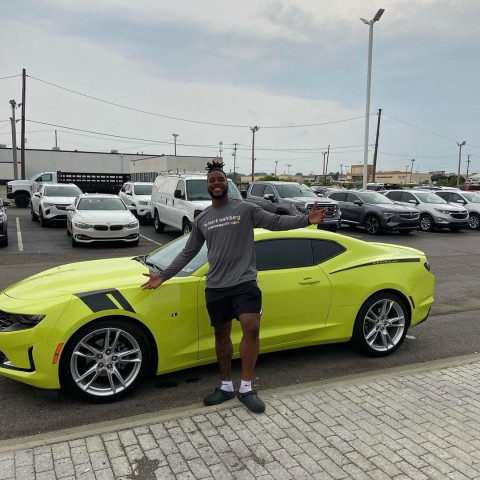 Who is Tyreke Smith Dating? Know About His Girlfriend and Relationship Status

Tyreke is an active social media user. We can be sure that Smith is dating his longtime girlfriend, Caisja Chandler, following his posts. The love birds have been officially dating each other for almost three years. They first posted a photo of them together in September 2019. Both of them are from an athletic background and have been very supportive of each other. 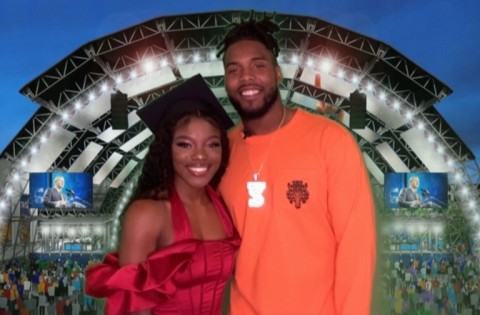 Caisja is currently pursuing her undergraduate in the University of Cincinnati and is a track and field athlete. Although It's been almost three years of their relationship, the duo is yet to get engaged or tie their wedding knot.

Journey to the NFL draft and Pick

Tyreke was a multi-talented personality from his early days. He was part of basketball, football and several other teams in High School. In his senior year, the player was named defensive player and All-Ohio Division I co-defensive player of the year. After graduating from High School, Smith enrolled at Ohio State University and was honored with OSU Scholar-Athlete Award in his first year.

Tyreke won the OSU Scholar-Athlete and Academic All-Big Ten in his sophomore and junior year and was named into the Second-team All-Big Ten Conference team. Smith listed his name for the 2022 NFL draft after graduating from the University with a degree in the sports industry. Seattle Seahawks drafted him in the fifth round, overall 158th pick in the draft.