Sergio Arribas Calvo is a rising Spanish professional football player. He is currently playing for the Real Madrid of the La Liga as the central midfielder. He is yet to make an international debut.

How Much Is Sergio Arribas Net Worth In 2021?

Sergio Arribas in the Read Madrid makes £37,000 weekly which is £1.8 million annually. Thibaut Courtois is the highest-paid footballer on the team with an annual salary of £7.2 million.

As of 2021, Sergio Arribas has an estimated net worth of $1 million.

Is Sergio Arribas In a Relationship?

Yes, Sergio Arribas is in a relationship. In fact, the footballer has been mingled for a very long time now. Scrolling through his Instagram, he has shared lots and lots of adorable posts with his girlfriend, Ana Martin. 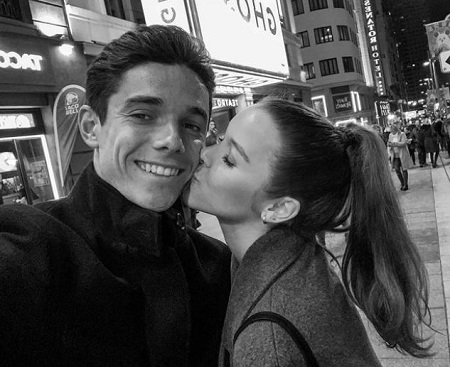 From the IG, we came to know that the duo started dating in March 2017.  He wrote, "And no matter how long it takes, I will not stop loving you. 4 years old my life!"

Sergio Arribas began footballing with Perez Galdos in 2007 and joined Leganes in 2010 where he played two seasons. In 2012, Arribas joined the youth set up of Real Madrid. After helping the under-20s win the UEFA Youth League in September 2020, he was promoted to the reserves in Segunda Division B.

On 20th September 2020, Arribas made his first-team debut in a 0–0 away draw against Real Sociedad, coming as a late substitute for Vinicius Junior. On 9th September 2020, he made his Championship League debut as a substitute, in a 2-0 win against Borussia Monchengladbach.