Vinicius Moreira Castro is a Brazilian Mixed Martial Artist who fights in the Light Heavyweight division having the MMA record of 9-4-0 (win-loss-draw). He is associated with the Five Rounds and Walu Fighting Club. His next opponent in the UFC is Tyson Pedro who weighs exactly 92.99Kg, same as Moreira. They will be facing each other at the UFC Fight Night 168 held on 22 February 2020 at the Spark Arena, Aukland, New Zealand.

"Mamute" aka Vinicius was born on 28 February 1989 under the star sign Pisces. He was born on Planaltina, Brazil. He is ranked #114 in the Best MMA Light Heavyweight Fighter.

Vinicius Moreira's Net Worth; How much does he Earn from UFC?

The 30-years-old also receives sponsorship and endorsement deals from various companies and since coming to the UFC, he might definitely receive more sponsorship than before.

Even though his income source is low, he is still living a lavish lifestyle and enjoying his life knocking out opponents. He is a determined lad who is determined to accomplish his goals.

Who is Vinicius Moreira Dating?

The 30-years-old doesn't seem to be dating anyone currently and is living a single life focusing on his career. Other than the passion for fighting, Moreira is also a bike enthusiast who takes on occasional tours with his friends. 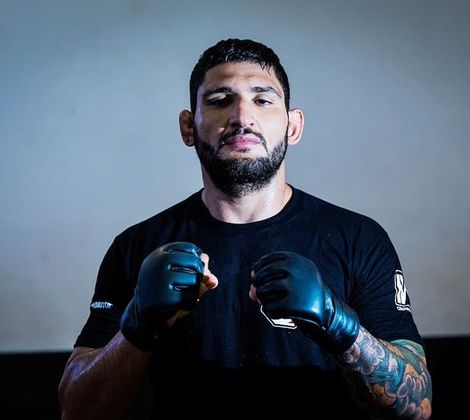 His Instagram is filled with pictures of his friends and fighting colleagues. There doesn't seem to be anyone who he is interested in right now and he hasn't revealed anything in the media as well about such matters.

Previous and Upcoming Bouts in UFC

Vinicius made his debut against Gabriel Scheufler in teh Fight k - Aguia on 11 October 2015. He succeeded his first professional bout through a rear-naked choke submission.

Moreira has also appeared in the Dana White's Contender Series on 11 August 2018 facing John Allan Arte. After his win in the contender series, he was then invited by the Ultimate Fighting Championship.

Hopefully, his next bout against Tyson Pedro will be a successful one. They will face each other in the UFC Fight Night 168 on 22 February 2020 at the Spark Arena, Aukland, New Zealand.