An American professional mixed martial artist, Eryk Anders competes in the middleweight division of the UFC. He is a former college footballer for the Alabama Crimson Tide. He was awarded a silver medal and a bronze medal in Nogi Pan Am tournament.

Anders states that “UFC is the pinnacle of the sport and it is an honor to fight for them.” He is married to Yasmin. Anders has an estimated net worth of about $1 million.

Net Worth and MMA Earnings

As of 2019, Anders has a net worth of $1 million. His MMA career earning is estimated to be around $228,000 to date from UFC and is supported by many endorsements like Reebok and Budlight.

Anders is married to his wife, Yasmin since June 2016. The couple met in America through a mutual friend who did Jiu-Jitsu in 2015. 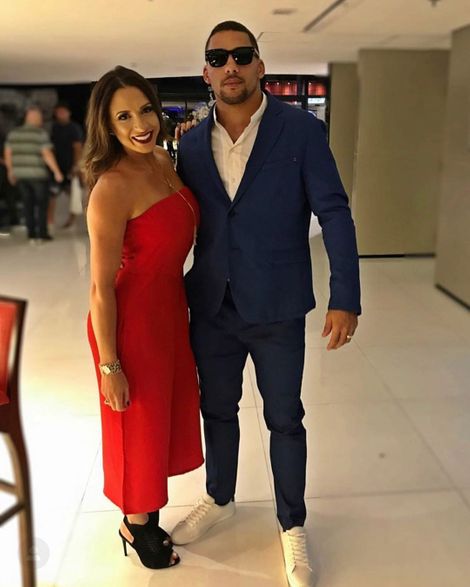 Born in the city of Curitiba, his wife is a former Brazilian lawyer and currently is an English, Spanish and Portuguese Teacher who also owns Second Language School.

The couple together has two children, both sons named Israel and Noah. Their first child Israel was born in 2010 while their younger son was born in 2012. 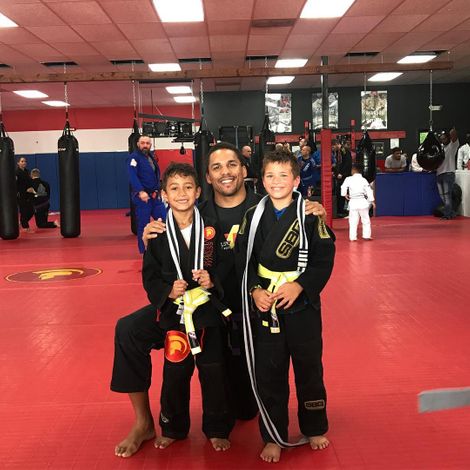 Eryk Anders was born on 12 August 1987 in Clark Air Base, Angeles, Pampanga, Philippines. Anders belongs to white ethnicity and holds an American nationality.

Anders was born to his father, Gayle, retired Air Force captain and mother, Kerrie Lindberg and grew up with his siblings, Gayle, Mycal, Bryan, Tamra and, Jessica.

He played football at Smithson Balley High School and then for the Crimson Tide for three years as a linebacker. He was signed by Cleveland Browns of the NFL after his college.

Anders began training for fighting in 2011 and began a mixed martial arts career in 2012 as an amateur. He won his first professional match via TKO (punches) against Josh Rasberry in just 40 seconds.

Anders defeated his second match against DeMarcus Sharpe in the event of SFC-Southern Explosion on October 10, 2015, via Unanimous decision. His first Bellator MMA match came against Brian White where he won via TKO in 23 seconds on October 21, 2016.

Anders then signed with Legacy Fighting Alliance. He faced Jon Kirk where he won via TKO punches on March 10, 2017.

He won his second match against Brendan Allen via unanimous decision (49-46) and awarded the inaugural LFA Middleweight Championship.

Anders won his first UFC match against Rafael Natal via KO (punches) at UFC on FOX 25 where he replaced Alessio di Chirici who was suffered from the neck injury.

Recently, on February 3, 2018, Ander lost to Lyoto Machida in the event of UFC Fight Night Machida vs. Anders.