Vincent Enyeama is a well-known Nigerian former professional football player. He played in professional events from 1999 until 2013. Enyeama is regarded as one of the greatest African Goalkeepers of all time and his era. Vincent also played for Nigeria National team from 2002 until 2015.

Vincent Enyeama was born on August 9, 1982, in Aba, Abia State, Nigeria. He is the son of Lucy Philip Enyeama and his wife. Vincent rose to fame only after his successful career. As a result, much about his parents and early life is under the radar. Talking about his physical appearance, Enyeama stands five feet and eleven inches tall and weighs 87 kg.

Vincent Enyeama's Net Worth in Millions

Vincent Enyeama has an estimated net worth of more than $5 Million. He credits most of his net worth to his successful football career. Enyeama played professional football for more than fifteen years. Vincent was among the highest-earning African goalkeeper while playing in his prime days. As per sources, Enyeama earned more than $1.5 Million as his annual wage while playing with Lille. 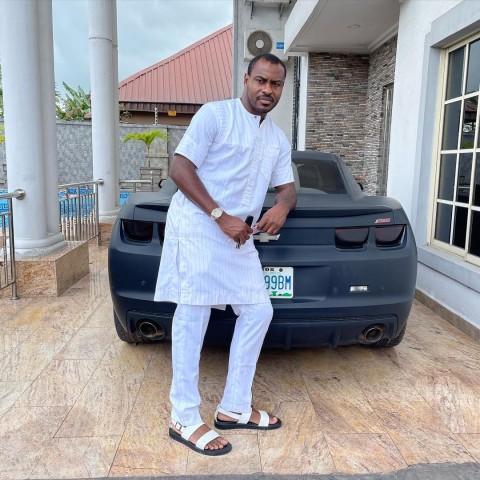 Vincent must have earned a handsome amount from his sponsorship and advertising deals with numerous brands. Also, Enyeama must have received a good salary for representing Nigeria national team for fifteen years. The player has successfully kept his economic life away from the spotlight.

Vincent is a proud father of three children. Enyeama exchanged his wedding vows with his longtime girlfriend, Promise Enyeama, in 2006 at a private wedding ceremony. They had been dating each other for several years before their marriage. He is an active social media user and shares photos of his wife and children. 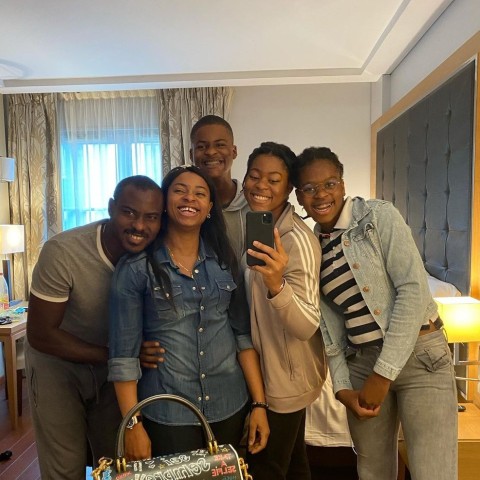 Vincent shares a photo with his children SOURCE: [email protected]

Vincent and Promise are the proud parents of three children. Although It's been more than fifteen years of their marriage, there has been no rumor of the couple having ups and downs in their married life.

Vincent started his football career in 1999, playing with Ibom Stats in his home country. In 2001, He moved to Enyimba International F.C and signed a three years contract. In the next three years, Enyeama won the CAF Champions League twice. After spending three-season, He moved to Isreal and signed with Bnei Yehuda for a two-year contract.

Vincent signed with Hapoel Tel Aviv in 2007. He did not have a good start with th team but made a good comeback in the following year. In the 2009/10 season, Enyeama became an integral member when the club won the league and cup double. Vincent represented the club in Champions League games.

In June 2011, French Club Lille signed him for an undisclosed fee. He was loaned to Maccabi Tel Aviv for a loan season in 2012. In 2013, Enyeama extended his contract with the club. In the next five seasons, Vincent appeared in almost 150 games. After having dissatisfaction with the club's management, He did not appear in training and was not selected for the team. In June 2018, Enyeama mutually released his contract and announced his retirement in early 2019.