Abedi Pele is a former professional football player from Ghana who used to play in different teams including Al Sadd, Lulle, Lyon, Torino, etc. He played in the attacking midfielder position and used to wear a number 10 jersey for his club.

Who is Abedi? Where is he from? His Personal info and childhood

Abedi Ayew, famously known by the name Abedi Pele was born on November 5, 1964, in Kibi, Eastern Region, Ghana. According to astrologers, his birth sign is Scorpio. There is no detailed information about his father's name and mother's name. He did not talk about them much. But he grew up in Dome and went to Ghana Senior High School in Tamale for his high school.

But as per sources, his family background is an athlete. His mom used to run all-around while his dad was also a professional runner who ran 100-meter hurdles.

Why was he called Pele?

Abedi was a talented kid from his childhood and used to play at the local level. Due to his capabilities and technical skills, people compared him to Brazillian footballer Pele.

Later, he officially added the name to his original name.

The Ghanaian started playing football in the streets of Dome. He spent his youth career in Great Falcons where he joined in 1970 and played for 8 years.

Finally, in 1980, he started to play for Real Tamale United where he scored21 goals in 46 appearances as a midfielder.

In 1982, he moved to the Qatar club named Al Sadd and played for 1 season. He played for different teams before moving to the French club Marseille and played for them for 6 years.

He weighs around 76 kg during his playing career.

What was the net worth of Abedi?

As per sources, Abedi Ayew has an estimated net worth of more than $2 million. During his time, he played for different teams for which he earned a large sum of money. 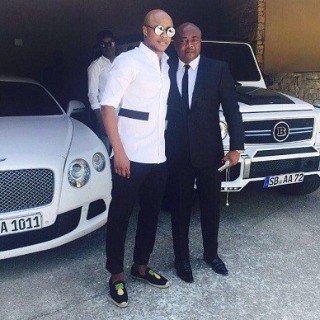 Abedi Ayew in front of a car SOURCE: https://www.ghanaweb.com/

His main source of income was from playing football and his net worth includes all his properties, cars, houses, and assets.

Read: How much does Meritan Shabani Earn?

Relationship of Abedi with his wife

A Pele is happily married to his wife Maha Ayew. The couple ware has been together with each other for more than 30 years as of 2022.

The pair have been seen together on multiple occasions. In 22019, they celebrated their 3 decades of marriage. 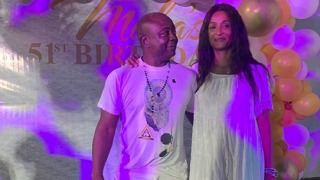 Maha Ayew was born to her mother Alhaji A. A. Khadir who is originally from  Lebanon.

As per sources, Pele met his wife Maha while he was playing in France. Eventually, they fell in love and later got married.

There is no source that can claim the dispute between the husband-wife. So, it seems they are living a happy life with each other.

Who is Abedi's wife Maha?

Maha Ayew is famous for becoming the wife of the Ghanaian legend Abedi. She has been supporting her love since his playing career.

She is of Lebanina descent and used to live in France before meeting her current husband. Since then, she has always stayed with Abedi.

Abedi Pele and Maha Ayew are blessed with 4 children, 3 sons and a daughter. His 3 sons have also followed in his footsteps and have already represented the national team of Ghana. 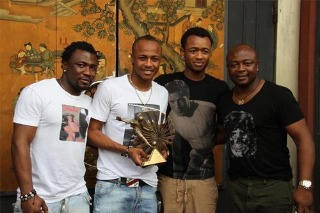 His son is Rahim, Andrew and Jordan while his daughter's name is Imani Ayew.

His first son is Rahim Ayew whose full name is Ibrahim Abdul Rahim Ayew is also a professional footballer who currently plays for Europa. He has also played for his national team but not currently.

Andre Ayew is also a professional footballer who currently plays for Al Sadd. He is also the captain of the national team of Ghana was born on December 17, 1989.

He has also played in the English league, EPL between 2015 and 2021. In the time, he played for Swansea City and West Ham United.

His other son Jordan Ayew is also a professional footballer who currently plays in the forward position for the English club, Crystal Palace. He is also on the national team of Ghana and has already played in the World Cup in 2014. Jordan Ayew, whose full name is Jordan Pierre Ayew was born on September 11, 1991, in Marseille, France.

Along with his 3 sons, he also has a daughter named Imani Ayew. His daughter Imani is an Instagram model who is quite famous on her social media. She has more than 46,000 followers on her Insta.