Vanessa Melo nicked name Miss Simpatia is UFC Bantamweight fighter who is currently ranked #64 in current best female bantamweight. A professional since 2011, she has compiled a record of 10-6-0 (won-loss-draw).

The thirty-one years old fighter stands 5 feet 5 inches tall and weighs around 56.7 KG. Further, her net worth is estimated at $0.2 million.

Melo is currently dating her boyfriend Guilherme Senegal and blessed with a daughter.

Melo's net worth is approximately $0.2 million as of 2019. The primary source of her income is her professional MMA career.

Currently, she is signed to UFC where debuting fighters usually start at $10,000 to show, plus another $10,000 if they win. Furthermore, the fighter also gets a $3,500 as fight week incentive pay. This pay increases as the fighter get more UFC bouts under his/her belt. 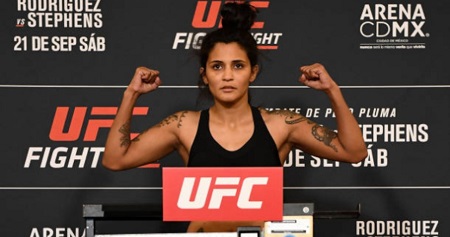 Additionally, she has sponsorship deals with NS FÓRMULA and Long One Energy Drink.

Blessed With A Baby Girl

In 2017, Melo was pregnant with her first child with her former boyfriend Johnny Eduardo. At the point, she had just lost her first international fight but no one knew that Melo got pregnant days before the bout.

In an interview, Johnny Eduardo told:

"I’m already a father of three girls (Julia, Juliana, and Lorena), and my girlfriend is pregnant."

Further, he added it happened unexpectedly.

That same year on 25th September, Melo and Eduardo welcomed their baby girl named, Aysha. She thought it was time to give up her MMA dreams and focus on being a mother.

Many people doubted Melo would return to fight. Ahead of her Octagon debut against Irene Aldana in Mexico City, she told:

“I gained too much weight during pregnancy. You have your baby and can’t train that much anymore. But I came back hungrier than ever. I didn’t pay attention to what people were saying about me.” 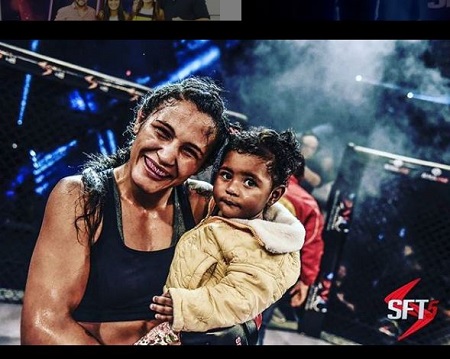 Nevertheless, she did not give up on her dream. She took her daughter to the gym every day until she decided to return to fighting. In September 2018, she made her comeback and defeated Nubia Nascimento via decision at SFT - Standout Fighting Tournament 5.

Father of her Child

Melo's former boyfriend Johnny Eduardo, who is also the father of her child, currently competes in the bantamweight division of the UFC. Johnny is 40-28-12 in his pro-career. 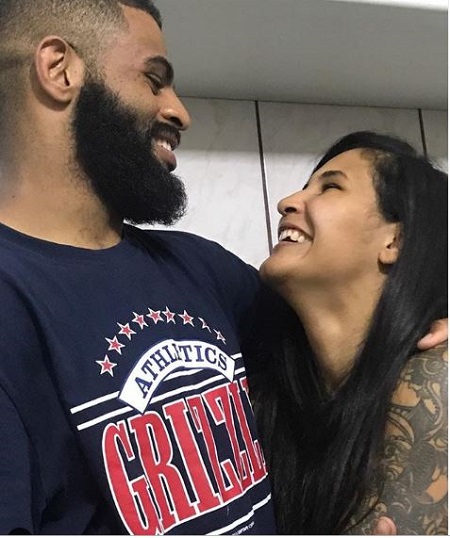 The fighter couple often shares each other pictures via their respective socials.

In an interview with UFC, she said her boyfriend is the key support system to her who helped her put the gloves on again.

UFC signed Melo after winning five in a row since Sept. 2018, capped off by a decision win over Jan Finney at Battlefield FC 2 in China.

In her UFC debut against Irene Aldana at UFC Fight Night 159 - Rodriguez vs. Stephens on 21st September 2019, Melo lost via unanimous decision in round three.

A native of Sao Paulo, Brazil, Vanessa Melo was born on 27th March 1988. Her stars sign is Aries. Further, she holds a Brazilian nationality.