Valentino Lazaro is an Austrian professional footballer who is currently signed to Serie A side Inter Milan and the Austria national team as a right midfielder. Earlier, he played for Red Bull Salzburg and Hertha BSC as well as had loan spelled with  FC Liefering,  Newcastle United, and  Borussia Monchengladbach.

Graz, Styria, Austria native, Valentino Lazaro was born on 24th March 1996, under the star sign Aries. His father is an Angolan and his mother is Greek. The twenty-five years old stands 1.80 m (5 ft 11 in) tall.

How Much Is Valentino Lazaro's Net Worth In 2021? Salary, Endorsement, & Market Value

Valentino Lazaro earns £37,000 per week, which £1,924,000 per annum playing for FC Internazionale Milano. Christian Eriksen, Romelu Lukaku, and Alexis Sanchez are the highest-paid athletes of the club.

An Adidas athele, Lazaro endorsement deal must be lucrative. As of 2021, his net worth is $3 million.

Well, Valentino Lazaro has maintained his love life far away from the public. This man is all about football and football. No media has discovered his dating history and all credit goes to his low-key lifestyle. 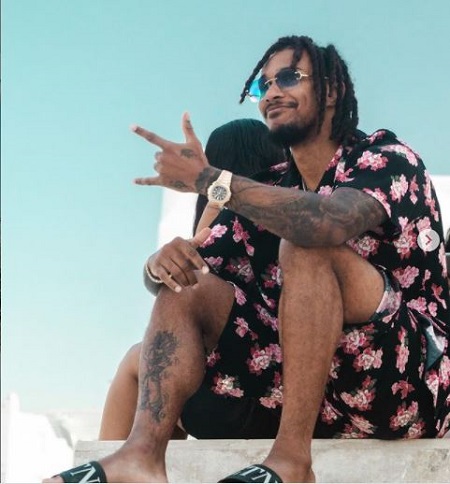 Lazaro is active on Instagram with 242k followers which offers you mostly his football photos and also his striking solo pictures from vacations. Not to mention his pictures with four-wheelers.

An academy product of Grazer Ak, Lazaro played a season for the Red Bull Salzburg youth team (2011-2012) and was promoted to the club's senior team.

On 3rd November 2012, he made his senior team debut against Admira Wacker at 16 years and 224 days, becoming the youngest player ever in the history of the Austrian Bundesliga. Until 2017, he played 87 games and scored 11 goals for the team.

In 2017, Lazaro joined Bundesliga club, Hertha BSC. On 10th Feburary 2018, he had his first goal for Hertha BSC in a 2–0 away victory over Bayer Leverkusen.

On 24 January 2020, Lazaro was loaned out to Newcastle United for the remainder of the 2019–20 season. After the end of the loan spell, on 20 August 2020, he again loaned out to Borussia Monchengladbach on a season-long loan.