Alexis Sanchez is a Chilean footballer who currently plays in the Premier League for Manchester United. He has also played for several other top clubs like Barcelona, Arsenal FC etc.

Alexis Sanchez has an estimated net worth of $30 million. It was reported that his annual salary was $32.7 million at Manchester United. He has also completed a deal with Barcelona where his salary was about £80,000 weekly and £10 million bonus in payment.

Alexis Sanchez was born on December 19, 1988, in Chile, Tcopilla, to Martina Sanchez and Gullermo Soto. When Sanchez was born, his father Gullermo was looking for a job and his mother who ran a small-scale business was the breadwinner of the Sanchez family.

Must Read: Alexis Sanchez's Present Contract: How Much He Earn From His Football Career 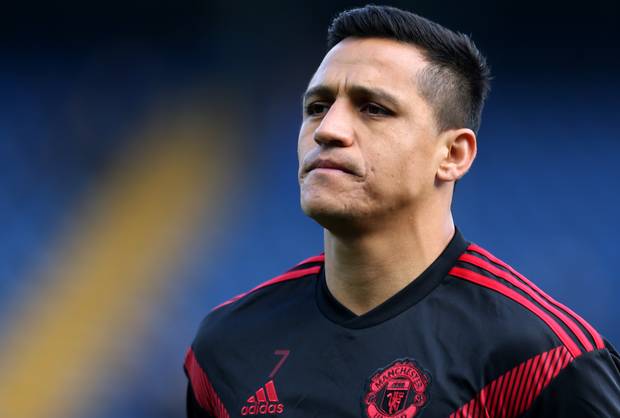 Sanchez's family had four children and as his father was jobless, Alexis Sanchez had a very difficult childhood.

At his early age, Alexis Sanchez got enrolled at the 'Cobreloa Football Club' and started showing an early sign of becoming a world class player. He was promoted to the senior team while Sanchez was in his late 16's, and became the youngest 'Copa Libertadores' player in the club's 2005 season. 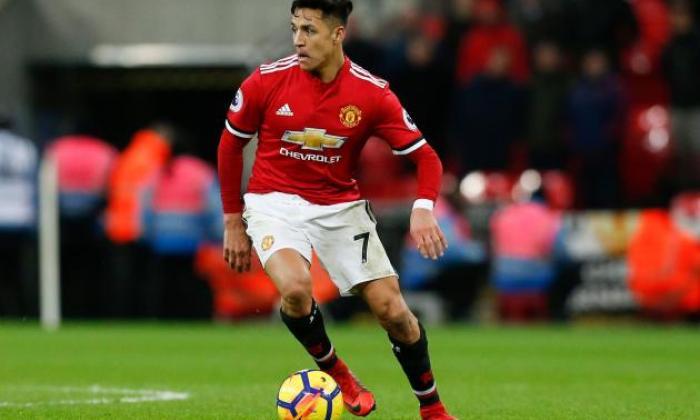 Sanchez played a major role in order to make his team the first runner-up and helped Cobreloa to win it's first ever professional title in December 2006.

Sanchez scored his first hat-trick against 'Caracas' which led his team to win by 4-0 in 'Copa Libertandores'. Well, he further impressed everyone with his stimulated performance for his National Team 'Chilie' in under-20 FIFA World Cup.

Must Read; I'm not going to get married: Brazil and Barcelona legend Ronaldinho denies marriage with two women at a time

As of 2011, Sanchez penned a breakthrough deal with the Spanish Football Club Barcelona and became the first Chilean player to play for 'Barcelona'. He made his debut against 'Real Madrid on August 2011.

Must Read: No Guard-Of-Honor for Barcelona- Real Madrid coach Zinedine Zidane explains why 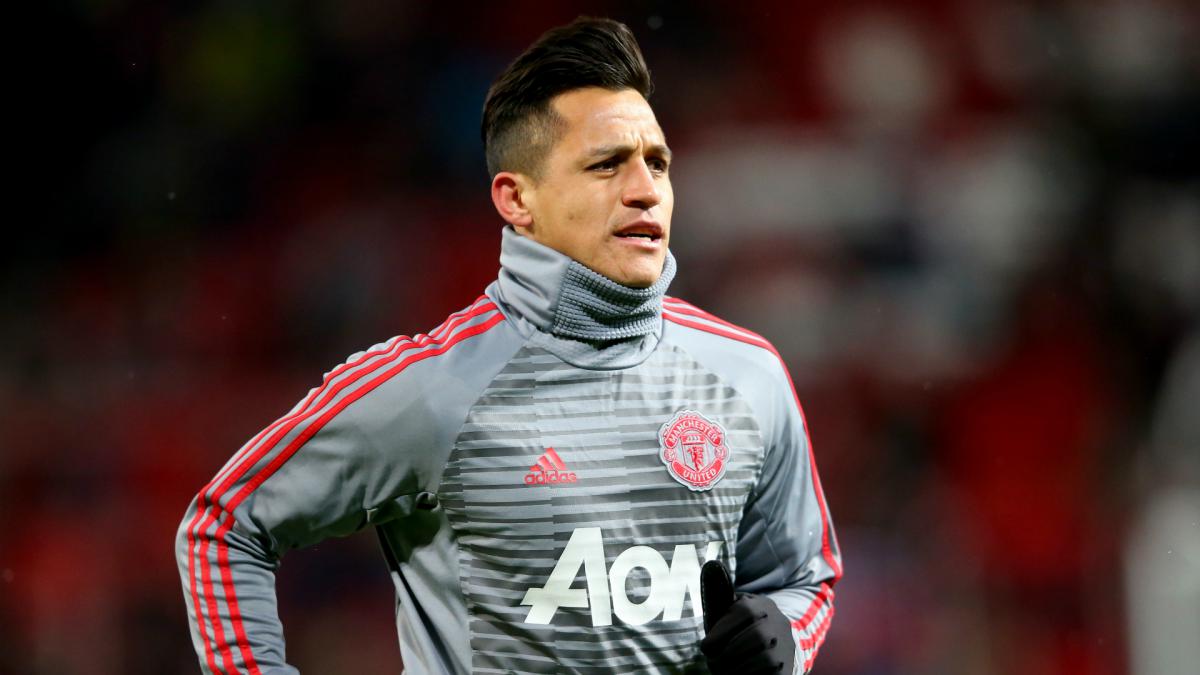 On August 10, 2014, he made his first competitive debut against 'Manchester United' when he was purchased by 'Arsenal'. He scored his first goal for 'Arsenal' on August 27 and was only the player from 'Arsenal' to be included in the 'PFA team of the Year'.

Upon signing for Manchester United, Sanchez put pen-to-paper a £350,000/week deal at the Old Trafford on January which made him the highest earning player in the Premier League.

As of 2018, Alexis Sanches reportedly has an estimated net worth of $30 million.

Must Read: What are the Chances of French Footballer Paul Pogba's Team France to Win the World Cup 2018 Trophy; The Players' Performance in the World Cup 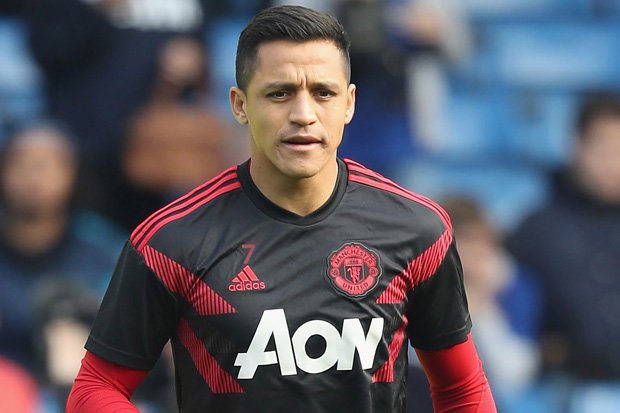 On the top of the Chilean's weekly wages, Sanchez earns a substantial bonus which is around £500,000 a week. Reportedly Paul Pogba was signed as club's top earner with £2900,000-a-week which is £60,000 less than that of Sanchez who came into the club as a January signing.

Throughout Alexis Sanchez's time in England, he was regularly seen driving in his £150,000 Bentley Continental GT. Moreover, he also owns a number of Audis which include R8 which he crashed while in Barcelona.

Sanchez has also a number of a personal sponsorship deal with the major brands includes Pepsi, and was named for the brand ambassador for Huwaei for a undisclosed fee.

Well, he isn't just one of the highest earning football star, he also indulges in many humanitarian causes and regularly gives back to his community. Alexis Sanchez reportedly donated £150,000 to repair five football pitches near his hometown of Tocopilla. 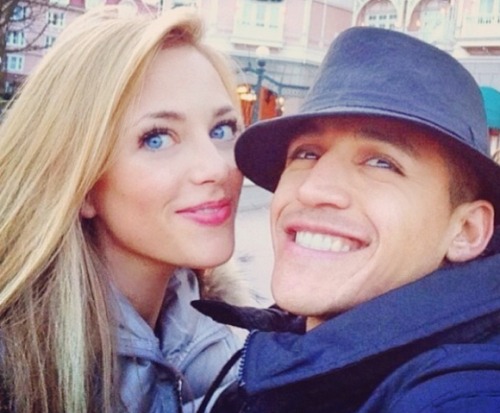 However, Sanchez is currently in a relationship with Laia Grassi since 2014, and there have been rumors that the couple has already been married.

This sparkling star of football world rocking on his soccer performance, talking about his initial phase of career, his initial career was started with Cobreloa, he played with the teams for 1 years and hit 9 goals when he was in the team, in the year 2006, she went to Udinese and played with the team for five years. His total goal score was 20. He also played with Barcelona and he has maximum goal record with Barcelona team. He scored total of 39 goals for Barcelona Team. Since 2014, he was associated with Arsenal team, he is the key player of the Arsenal team, and he scored 22 goals for his team. Apart from club career, he was also prominent on his intl. career. He was very good in his list world cup game. He is a quick, creative and hardworking guy. Throughout his career, he bags several awards and rewards.

He is one of the unbeaten players and has a successful future ahead, speaking about his private life & biography, he is not a private man, and he reveals his private life to his fans and viewers. He is not a married man, he does not have any spouse, however he was in affair with several girls, his cheerful nature and decent face and attracted many of his fans. Since 2009, he was dating several beautiful women and his girlfriend. Earlier he dated Laia Grassi in 2013, Michelle Carvalho in 2012, Roxana Munoz in 2011, and Faloon Larraguibel in 2009. There is also a rumor that he has a relationship with a Miss Chile Winner. He is very straight person and not a gay by his sexuality.

He is one of the rising players of the football world, he is adorable one, and he is dashing and handsome by his looks. He has perfect height and body weight. He has standing height of 5 feet and 7 inches. He is one of the wealthier players of the football world. He earns fortune amount of salary, his total salary boosted his net worth. His salary is 11.5 million USD. People also followed him on social networking sites. Moreover, info about his life & bio can be taken from wiki.