Sofia Balbi is an Uruguayan woman who rose to prominence marrying after marrying the renowned Uruguayan footballer Luis Suarez.

The couple is living a blissful married life and is blessed with son and daughter.

A native of Montevideo, Uruguay, Sofia Balbi was born on 11th of October 1989, in a middle-class family. She was raised alongside her two sisters: Pao and Mariana and a brother named Gonzalo Ball who is also a professional footballer alike her husband.

In 2003, Sofia relocated to the Spanish city of Barcelona with her family, after her father who was involved with the banking industry in Uruguay left his country for the shores of Spain on an assignment.

Sofia Balbi's Net Worth and Endorsement

There is no information about her net worth as well as salary.

Nevertheless, her husband, Luis Suarez, has an estimated net worth around $40 million and is ranked at No. 7th in The World’s Highest-Paid Soccer Player by Forbes with $26.9 million of earning and $19.9 salary and Bonus.

There is no much information about her professional career. As of now, she is working as a house maker and also a supporter of her husband. However, Sofia is said a key role in Suarez transformation into a world-class footballer.

Luis Suarez who is Uruguay international since 2007, has capped 102 times with 53 international goals. Also, the football star plays for the Spanish football club Barcelona alongside Lionel Messi, Sergio Busquets, and Ivan Rakitic.

At the age of thirteen, Sofia first bumped into Luis Suarez who was a 15-year-old teenager and used to work as a street sweeper in Montevideo. In the initial phase, both developed a liking to each other and their likings gradually turned into a romantic relationship. 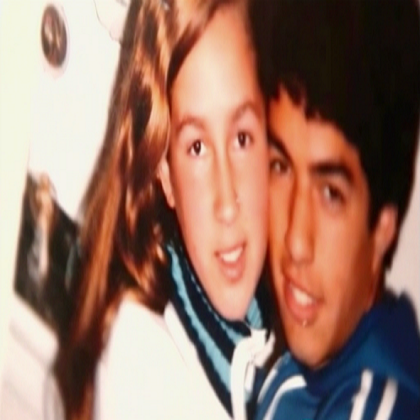 Though Luis came from a poor family, Sofia’s parent’s willingly accepted their relationship. After Sofia and her family migrated to Spain, Suarez continued to play for Nacional, and at his 19, he moved to Netherland following his signing a contract with FC Groningen. Suarez was keen to shift to Europe so that he could stay close to Sofia.

In 2009, Sofia and Suarez exchanged the wedding vows. The lovely couple welcomed their first baby, Delfina on 5th August 2010, and their second child; Benjamin was born in 2013.

Till the date, there are no rumors popping out on the media sites about Luis or Sofia having an extra affair. Thus, she is living a blissful life with her husband and two adorable children.