Tyson Campbell is a rising American football player. He rose to fame after Jacksonville Jaguars drafted Tyson in the 2021 NFL draft in the round two overall 33rd pick. Tyson played for the University of Georgia's Men's football team in the NCAA and SEC. Campbell plays as a cornerback with his team.

Tyson Campbell was born Tyson M. Campbell on March 17, 2000, in Plantation, Florida. He is the son of Lucius Campbell and his wife. Tyson holds American nationality and is of African-American descent. He graduated from American Hertiage High School and then enrolled at the University of Georgia. Campbell stands six feet and two inches tall and weighs 84 kgs( 185 lb).

Tyson started playing American football from a very early age. Although He did not come from athletic family background, Campbell was part of his High School American football team. The player was selected to play in the 2018 U.S. Army All-American Bowl. Tyson led his High School to a combined 50-5 record in his four years, including undefeated seasons as state champions in 2017 and 2016. Tyson was a  five-star recruit, and he was ranked as the second-best cornerback recruit in the nation behind Patrick Surtain II.

Tyson received numerous scholarships upon graduating from High School and was shortlisted to play for Georgia. He was the recipient of the Harriett Reppard Evans Football Scholarship. Campbell started in eleven games out of fourteen games played in the freshman year. He finished the season with 45 total stops and one pass breakup. For the sophomore year, Campbell played in nine of fourteen games and started at cornerback in the season’s first three games, finishing with 15 total stops and four pass breakups. He missed five games due to injury.

Tyson played in every ten games in his junior year. He finished with 29 tackles, including 2.5 for lost yardage and five pass breakups. He helped the squad win the 2021 Peach Bowl. After finishing his junior year, Campbell optioned to list his name for the 2021 NFL draft and optioned out of playing for the senior year. Jacksonville Jaguars drafted him and Walker Little in round two.

How Rich is Tyson Campbell? Know About his Net Worth and Contract

Tyson is an active social media user. His timeline is filled with photos of his games and his friends. Following his posts, we can be sure that Campbell is living a happy single life on his own. 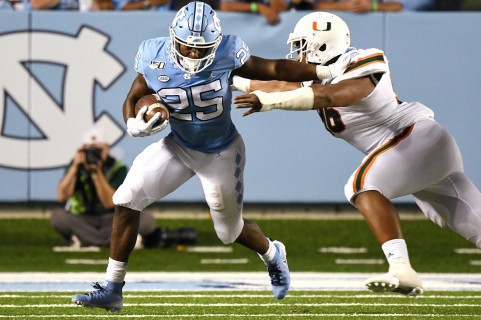 He seems to the focused on making his career rather than spending time with people.