Tyger Campbell is a rising American college basketball player. He has been playing for the UFLC Bruins as a point guard at the Pac-12 Conference. In early 2021, Campbell earned his first-team all-conference honors. The player could not play in his freshman year due to torn ACL.

Tyger Campbel was born on January 9, 2000, in Cedar Rapids, Iowa. He is among the four children born to Jennifer Campbell and her husband, Tony Campbell. His father played basketball in his college days at Luther College. He has two brothers named Trez and Tey and one sister Teeyha. After graduating from La Lumiere School in La Porta, Indiana, Tyger enrolled at the University of California, Los Angeles History. Talking about his physical appearance, Campbell stands five feet and eleven inches tall and weighs 82 kgs( 180 lb).

Tyger started playing basketball as early as his high school started. In his sophomore year of High School, He led La Lumiere to the Dick's Sporting Goods championship. In the tournament, Campbell averaged 11.3 points and 7.8 assists per game. Campbell reclassified to the Class of 2018 because he was ahead academically and felt ready for college basketball.

Tyger had an average of 15.5 points and 7.2 assists per game in his senior year. Initially, He committed to playing for the DePaul University but later dumped the idea and signed with the University of California, Los Angeles. Before he could start his college basketball career, Campbell suffered a knee injury during a practice session. The player spent most of the season on the bench.

In his collegiate debut on November 9, Campbell scored 15 points in a 69–65 win over Long Beach State. In February, Tyger was named PAC-12 Freshman of the week for his first double-double of 15 points and 11 assists in a 70–63 win over Colorado. At the end of his freshman season, The player averaged 8.3 points and 5.0 assists per game. After a stellar win over Arizona, He was named into the first-team All-Pac-12 selection.

Tyger Campbell is very much private about his personal life. He does not like to share much information about his private life with the public. Following information available in the Intenet, Tyger is single as of early 2021. He is happy being single and spends his free time with his friends and his family. 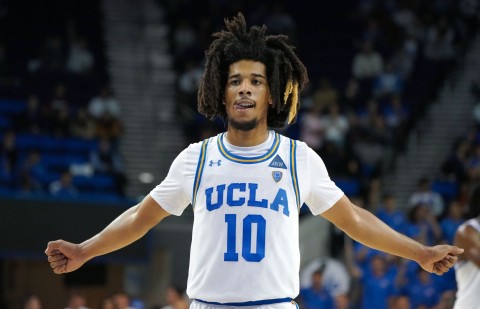 Campbell is very much early in his career. He shall be waiting for the right person to fall in love with. Tyger is very much concerned about making his career. Keon Johnson and Greg Brown are two famous rising American Basketball players who are also single.

Tyger's net worth and earning is a matter of curiosity in public. As per sources, A athlete who currently plays for the PAC-12 Conference cannot receive money or cash for them to play the game. An athlete is awarded an athletic scholarship which will help them to cover most of their expenses.

Campbell is a promising college basketball player and has proved himself in the NCAA division. If he decides to declare for the draft, he might get picked in the first round. He will earn millions from the contract with the Ba franchise.