Kenneth "Trey" Murphy III is an American basketball player who finished his collegiate career playing for Rice Owls (2018-2020) and the Virginia Cavaliers (2020-2021). The small forward declared for the 2021 NBA Draft,  while maintaining his eligibility.

Durham, North Carolina native, Trey Murphy III was born on 18th June 2000, under the star sign Gemini. He is the son of Albeda and Kenneth Murphy Jr., a former basketball player who played at East Carolina (1986-1988). Besides, Trey holds an American nationality and is of Afro-American ethnic background. Further, the hunk stands 6 ft 9 in (2.06 m) tall and weighs 206 lb (93 kg).

Since Trey has already announced for the upcoming draft, if he gets picked by any of the NBA franchise he will have a salary in the millions. The average salary of NBA players is $7 million. As of 2021, Trey Murphy's net worth is under review.

On 13th April 2021, Muphy announced for the 2021 NBA draft but has not hired an agent leaving the door open to a potential return to Charlottesville next season. He is currently projected as a mid-second-round pick in the 2021 NBA Draft by ESPN. 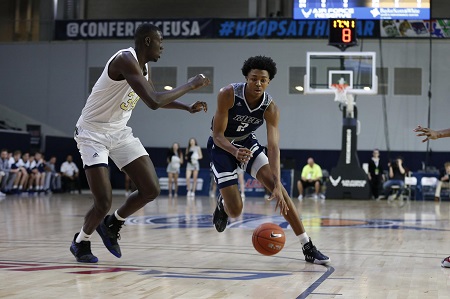 He tweeted "Playing in the NBA has always been a dream of mine, a goal that I want to accomplish," Murphy said on Twitter.

Unlike other public figures, Trey Murphy III has maintained his personal side far from the media and paparazzi. Additionally, the hunk seems to be inactive on Instagram but uses Twitter to announce professional information. It would be totally wrong if we say the hunk has not dated anyone to date. The thing is Murphy is low key person and has limited his personal information.

Murphy enrolled at Cary Academy in Cary, North Carolina where he averages 24.7 points and 7.4 rebounds per game while shooting 49.4% from the floor as a senior. He committed to play college basketball for Rice.

During his freshman season, Murphy appeared in all Rice's 32 games, averaging 8.4 points and 2.6 rebounds.  As a sophomore, Murphy played in 29 of 32 games for Rice, starting 23.

On 30th March 2020, he announced for the transfer portal, and on 14th April 2020, he transferred to Virginia. Due to COVID-19 affecting college basketball, he did not have to sit out a year and was granted three years of immediate eligibility.

Though Murphy had an underrated season with Virginia, the NBA scouts saw him as a top 45 NBA draft prospect. On 13th April 2021, he declared for the 2021 NBA draft, maintaining his eligibility.