Toto Wolff is a professional motorsport executive from Austria who is currently working as the CEO of the Formula One team Mercedes-AMG Petronas. He is an investor of that team and holds a 33% stake in that team. He is also a founder of a company named Marchfifteen and Marchsixteen that focuses on technology.

Torger Christian "Toto" Wolff, famously known by the name Toto Wolff was born on January 12, 1972, in Vienna, Austria. According to astrologers, his star sign is Capricorn. 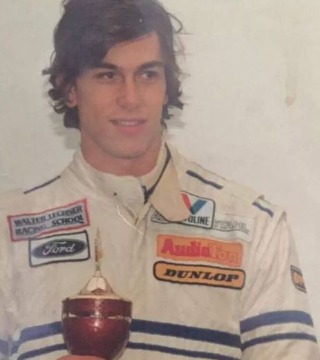 Torger aka Toto is the son of his father Wolff Sr and his mother Nancy Miss Wolff who was a professional doctor. His mom was of Polish descent and his father was Romanian. His father suffered from brain cancer and died when Toto was just a teenager. He was raised along with his younger sister by his mother and had to go through economical problems.

"It was a tough upbringing; my father was very ill when he was young, and he died when I was a young teenager."

"There wasn't a lot of financial means and if you grow up in a city where you can see that in front of you, but you haven't got it yourself, it is difficult."

Unlike others, he did not grow up in a well-established family. After his father's death, there were problems in his school too. But his loving mother still managed to send him to private school. Once he was kicked out of the private school because they could not pay his school fees.

"So, I needed to go back to class to pick up my bags and the humiliation of packing your bag because your school fees weren’t paid."

As of 2021, Torger Wolff is just 49 years old and has a recorded height of 6 feet 5 inches and a weight of 84 kg approximately.

He is Austrian by nationality and comes from a white ethnic background.

Wolff's Contract and Salary; How much is his Net worth?

As of 2021, Toto Wolff has an estimated net worth of more than $730 million approximately. His main source of income is from his investment and shares in different organizations. His main source of income is his 33% stake with Formula One team Mercedes-AMG Petronas. Besides, he is CEO and Team Principal of that team and earns around $8 million per year approximately.

He is also the founder of internet and technology companies named Marchfifteen and Marchsixteen. He founded them in 1998 and 2004 respectively.

Read also:- Net Worth and Earnings of Rank

An entrepreneur from an early age

Toto Wolff was an entrepreneur from an early age. He started selling candles when he was just 18 years of age. He supported anti-racism support and sell candles at the same time.

"I thought, there’s going to be a few thousand people and they’re not going to have any lights or candles. It showed that if you can create demand for your product, it sells."

Showing entrepreneurial skills from an early age, he had come a long way as Formula One team CEO. 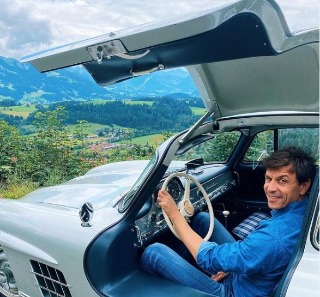 Toto Wolff is fond of cars and has a huge collection of cars. Most of the cars are Mercedes.

A career in Mercedes-AMG Petronas

Starting early as a racer, his business mindset was always with him. So, he left racing and started investing

In 2009, he joined Williams 1's board of directors by buying shares. Later, in 2013, he became the executive director.

Wife and Children of Wolff

He is currently living a happily married life with his wife, Susie Wolff. The couple has been married for 10 years. Recently, in December of 2021, they celebrated their 10-year anniversary. Who is Toto's wife Susie?

Suzanne Wolff, also known as Susie Wolff is a former racer by profession from Scotland. She is also the CEO of Formula E's team Venturi Racing. Her father's name is John Stoddart and her mother's name is Sally Stoddart.

She also started racing at an early age and used to do karting. She was also named the Number 1 female kart driver of the world. 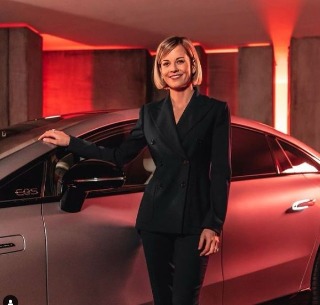 Toto's wife Suzanne is currently working as a brand ambassador in Mercedes. She previously joined the team as a development driver.

They seem to have a good relationship with each other to today's date since no media has claimed anything wrong with it.

Read also:- The relationship status of Jason Sehorn; Who is he married to?

Was Toto Married in the past?

Before Susie, Toto was married to his former wife Stefanie. The couple got married and stayed together for 8 years. Later they signed to divorce each other and part the ways

According to him, he still is in contact with his ex-wife Stefanie.

"I’ve been together with Susie now for eight years and my kids have always been a very important part of that relationship. And Stephanie, the mum of my kids, handled it in the same way. Now we spend Christmas and holidays together. "

Toto and Sussie together are blessed with a son named Jack Wolf who was born in April 2017. Both of them frequently share about their son on their social media. 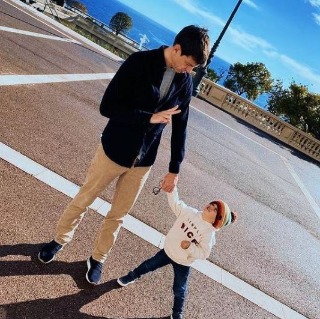 Besides Jack, he has other 2 sons from his previous marriages with Stefanie.