A two-time conference champion, Tony Gravely, is currently signed to the UFC under the Bantamweight division. After a mostly successful career in wrestling, he then made the transition to mixed martial arts. Tony became a professional since 2015. He is the 1st ranked of 151 active US Northeast Pro Bantamweights.

A native of Virginia, Tony was born on September 9, 1991, under the star sign of Virgo. Tony has a height of 5 feet 6 inches and a weight of 61 kg. Gravely wrestled for the Appalachian state mountaineers, a Division 1 program, becoming a two-time conference champion, and competed in the NCAA D1 finals twice.

There are various ways from which a professional MMA fighter earns money, there are also endorsement opportunities for the top fighters and sponsorship opportunities outside of the Reebok sponsorship. 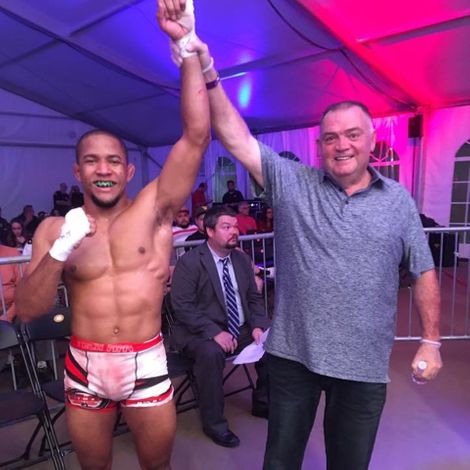 Tony Gravely gets paid a base salary (which is not disclosed) on fight night regardless of a win or loss. So far Gravely has won 18 fights for which he received a handsome "win bonus" for each fight. The amount that he received was roughly the same as his base salary.

After the Reebok deal came into place, Gravely received a Reebok sponsorship stipend of $3,500 per fight. Tony Gravely earned an estimated amount of $138,250 in 2018, up from average earnings of around $132,109 in 2017. But compared to other MMA fighters like Alistair Overeem, Michael Bisping, and Anderson Silva he earns much less.

Tony Gravely was born on September 9, 1991, in Martinsville, Virginia. He is the only son of Gale Gravely and Harold Gravely. He has one sister, Shakina Gravely. Tony took taekwondo lessons from his dad when he was just three or 4-year-old. He could barely walk properly. 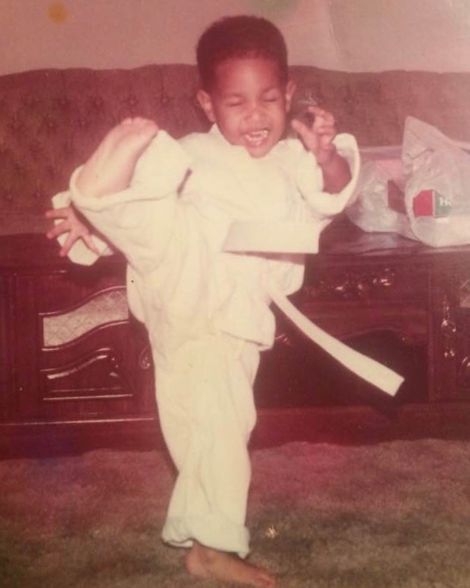 Tony wrestled in middle school and followed the sport through school, winning two state championships at Magna Vista and receiving a scholarship to Appalachian State University. Gravely has a degree in Construction Management with a minor in Business from Appalachian State, but he said, to work as a construction project manager was never exciting. Tony always wanted to fight.

Tony now lives in Radford and trains at Tech MMA and Fitness Academy. He also teaches kids and adults and works as a personal trainer.

Upon graduation from App State, Gravely began training in MMA, and soon he fought as an amateur. The sport became just a hobby at first because he was not getting paid for fights. The long hours at work, coupled with 2-3 additional hours at the gym for a year and a half, eventually turned him a professional.

The 29-year old Gravely is married to his wife Kayla Gravely. Any information regarding her remains unknown. He gives credit to his wife on winning his UFC contract at DWCS 24 as she gave him advice. 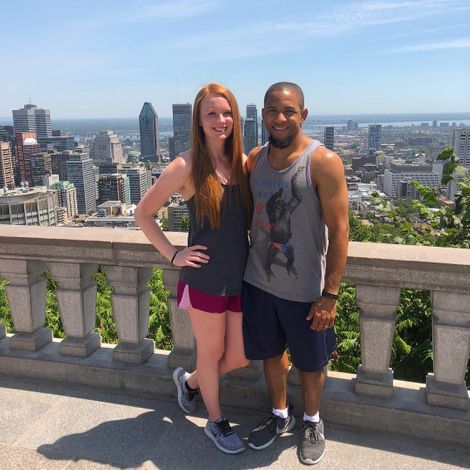 Tony Gravely and his wife, in Montreal SOURCE: Instagram @tonygravely135

Gravely gives credit to his wife on winning his UFC contract at DWCS 24 as she gave him advice. Tony said his wife played an important role earlier in his career, too. During that time he needed help from people who were closed to him and convinced him that he still had what it takes, despite a series of poor performances.

Growing up around MMA

Tony Gravely shares so much with the children because he too was once in their shoes. Growing up in a family where his father was a taekwondo teacher, he spent time in the gym throwing kicks.

“That upbringing is what’s brought me in MMA,” Gravely said. “I’ve watched a lot, tons of martial arts movies, anything fight related. I grew up, that’s what I watched, what we watched all the time. Just fight stuff, fight movies, a lot of fight scenes, any action movie with a fight scene. It’s helped mold me into the person that I am in and given me the love for martial arts and mixed martial arts.”

In a period of fewer than four years, Tony has already 23 professional fights, out of which 18 fights were a victory.