Toni Storm is a professional female wrestler from America who is currently signed to WWE(World Wrestling Entertainment). She has been with WWE since 2017 and currently fights in the Smackdown. In 2018, she won the Mae Young Classic tournament produced by WWE. She is also a 1 time champion of the NXT UK Women Championship.

Raised to fame after the Mae Young Classic tournament performance, she has been participating in the different tournaments and winning them since 2015. From 2016 t 2018, she performed in World Wonder Ring Stardom, where she was the first non-Japanese wrestler to win the World of Stardom Championship. Besides, she was also ranked No.7 wrestler in the world by Sports Illustrated.

Who is Storm? Her Bio and early career

Toni Rossall, famously known by the ring name Toni Storm, was born on October 19, 1995, in Auckland, New Zealand, under the star sign Libra. She does not come from well family background and has never spoken a word about her parents. But it is confirmed that her parents got divorced in 1999 when she was just 4 years old. 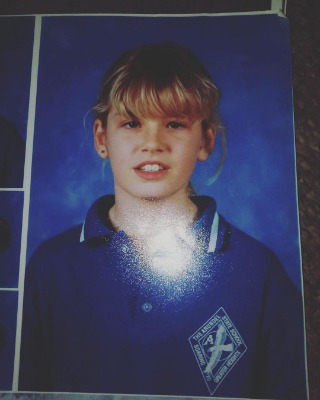 However, she moved from New Zealand to Australia, where she trained at Impact Pro Wrestling. Later, she moved to England with her mother and trained under Dean Allmark.

She chose her ring name, "Toni Storm," while she was just 13 years old. But it was in 2015 when she made her debut in Progress Wrestling. Since then, she has never looked back.

She has white and brown long hair and a black eye.

Tony Storm's Salary and Net worth

According to sources,  Tony has an estimated net worth of $500,000. Her major source of income is from participating in different wrestling competitions.

Read also:- Arnold's Contract and Salary; How much is her Net worth? 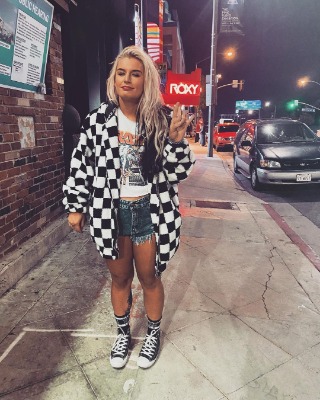 It was reported that the former World of Stardom Championship winner earns around $200,000 per year just being involved in the WWE. It also includes her bonuses and incentives from participating and winning the tournament too.

According to sources, Becky Lynch is the highest earning WWE wrestler. In 2020, she earned roughly around $3.1 million. And the famous wrestler Ronda Rousey follows Becky with an earning of $2.1 million per year.

Who is Toni Storm dating? Are Storm and Juice married?

As of 2021, Toni Storm is currently engaged with her former boyfriend, Juice Robinson. They confirmed it in September of 2021.

Before, in 2020, the couple made it in public that they were dating. 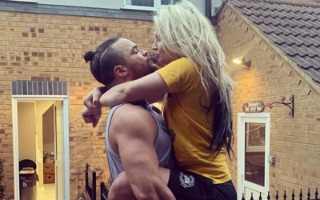 Toni Storm's boyfriend Joseph Ryan Robinson, aka Juice Robinson, is also a professional wrestler who fights in the New Japan Pro Wrestling. He was born on April 10, 1989, in Joliet, Illinois, US. He is also a former Impact World Tag Team Champion.