57-years-old Tommy Amaker is an American basketball coach and the head coach of the men's basketball team of Havard University. Apart from being a coach, Amaker has some experience playing point guard. Besides that, Amaker has also received some honors for his outstanding performances.

The basketball coach worked as a graduate assistant, assistant coach and associate head coach at Duke for nine years. During that time, he worked for head coach Mike Krzyzewski. In addition, Amaker was acknowledged as one of five Champions of Diversity and Inclusion by the NCAA Minority Opportunities and Interests Committee in February 2021. Currently, he is taking various roles on the Board of Overseers for the Boys & Girls Club of Boston.

Born on June 6, 1965, Tommy Amaker is 57 years old as of 2022. The full name of the Falls Church, Virginia native is Harold Tommy Amaker Jr. Meanwhile, he holds an American nationality, and his height is measured at 6 feet 1 inch approx.

Talking about his family life, Amaker was raised by his parents alongside his sibling, Tami Amaker. They were raised by their mother, Alma Amaker. Apart from that, their father's name is missing from the internet sources. Not to mention, Alma was a high school English teacher in Fairfax County.

The 57-years-aged coach attended W.T. Woodson High School in Fairfax, Virginia. He was interested in sports from an early age, and he could impress everyone with his outstanding performances. He also caught the eyes of Duke University basketball head coach Mike Krzyzewski. Furthermore, he was recruited to Duke by assistant coach Chuck Swenson. 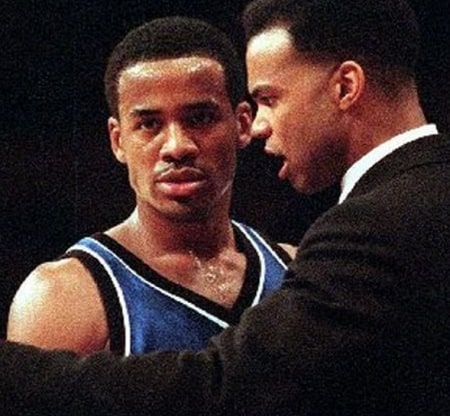 Apart from that, he also played on the 1983 McDonald's All-American Team. Not only that but he was also named to the Parade All-American team. Amaker also played for the 1983–84 Blue Devils. Similarly, Amaker led Duke to the NCAA Tournament during his 1984 freshman and 1985 sophomore seasons, but none of the team advanced to the Sweet Sixteen.

Furthermore, he has also participated in various games. During his junior year, Amaker won the inaugural NIT Season Tip-Off and had nine assists in the championship match against a Danny Manning-led Kansas team. He was also selected to the 1986 Division I Basketball Tournament All-NCAA Final Four Team. Regarding his senior career, Amaker played in at least two games in the tournament.

Also, he won a gold medal while serving on the US national team in the FIBA World Championship. He was also team captain for the 1986–87 Blue Devils. He led Duke in three-point shooting during his senior year. Talking about his honors, Amaker was awarded the first Henry Iba Corinthian Award. In addition, he was also selected to the 1987 NCAA Men's Basketball All-American third team by the NABC.

Following his college basketball career, the Seattle SuperSonics drafted him in the 3rd round of the 1987 NBA Draft with the 55th pick overall.

Take A Look At His Coaching Career

After his playing career, Amaker began his career as a coach. In 1988, he was selected for a graduate assistant position on Krzyzewski's staff at Duke. From 1989 to 1997, he was an assistant coach. During that period, his team won two NCAA Championships. He came into the spotlight when he got appointed as the head coach of the Seton Hall in 1997. His name covered the whole internet as he was just 31 years old and became the youngest head basketball coach in Big East Conference history.

He helped his team win various titles, including the 1998 Big East Men's Basketball Tournament. After being on the Seton Hall team for a long time, he resigned after the 2001 season. After that, he became the head coach of Michigan. He inherited a Michigan Wolverines men's basketball team five years into the investigation of the University of Michigan basketball disgrace.

Furthermore, he finished the 2002–03 season with a 17–13 record. His 2003–04 team reached a fifth seed and first-round bye in the 2004 Big Ten Conference Men's Basketball Tournament, where it beat fourth-seeded Iowa before falling to top-seeded Illinois. However, he was fired by the University of Michigan on March 17, 2007. 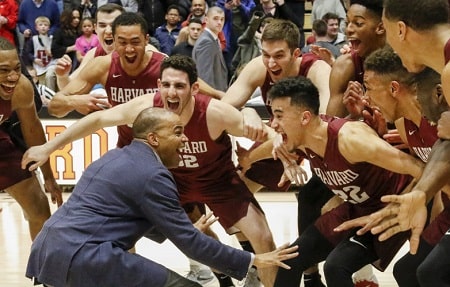 Apart from that, he was named head men's basketball coach at Harvard University on April 11, 2007. Since then, he has been with the Havard team. So, his work at Havard has been loved by many people and has also been honored with some titles. In 2012, he was inducted into his high school's inaugural hall of fame class.

Moving into his personal life, Amaker is a happily married person. His wife is Stephanie Pinder-Amaker, who is a licensed clinical psychologist by profession. The happy pair met each other at Duke. It is said that Amaker and his wife dated each other for a long time before walking down the wedding aisle.

But due to their lowkey nature, both have kept their details away from the spotlight. So, we are unaware of their wedding date. But it can be said that they have been with each other for over three decades. 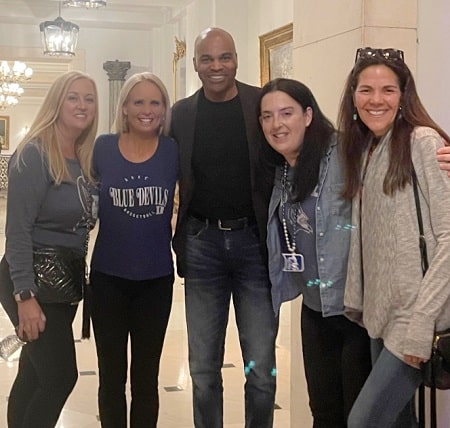 As mentioned earlier, Stephanie is an Instructor in Psychology at Harvard Medical School. Not only that, but she is also the founding director of McLean's Hospital College Mental Health Program. Despite being married to Amaker for a long time, it is unknown whether the pair have welcomed kids or not.

Tommy Amaker's Net Worth Is In Million Dollars

The basketball coach has amassed massive money from his long-term involvement in this field. According to various online sites, Amaker's net worth in 2022 is estimated at over $1.5 million. Amaker has undoubtedly made most of his gains from his profession as a basketball coach.

As we know, Amaker has taken various roles and has served in multiple teams. So, it becomes clear that Amaker's income is pretty well. Since 2007, Amaker has been serving at Havard. From this team, he might be making a good profit, but due to the lack of information, we cannot mention his actual salary.