Tomer Hemed is a well-known Israeli professional football player. He has been playing at the professional level since 2005. Hemed is currently playing in the -League for Western Sydney Wanderers FC. Tomer plays as a Forward for his club and country. He has represented Isreal in numerous divisions.

Tomer Hemed was born on May 2, 1987, in Kiryat Tivon, Isreal. He is among the four children born to his parents. Much about his parents and his early life is still under the radar. Hemed comes from a mixed family background as his father if of Sephardic Jewish, and his mother is Ashkenazi Jewish. Hemed started his football career early and did not continue his formal education. Tomer stands six feet in height and weighs 75 kg.

Tomer Hemed has an estimated net worth of more than $5 Million. The player has earned most of his net worth through his successful football career. Also, Hemed must be receiving a handsome amount from his nation while representing the national team in numerous international matches. Tomer had an annual salary of £624,000 while playing in the A-League in 2020. He was the highest-paid player for Wellington Phoenix FC. 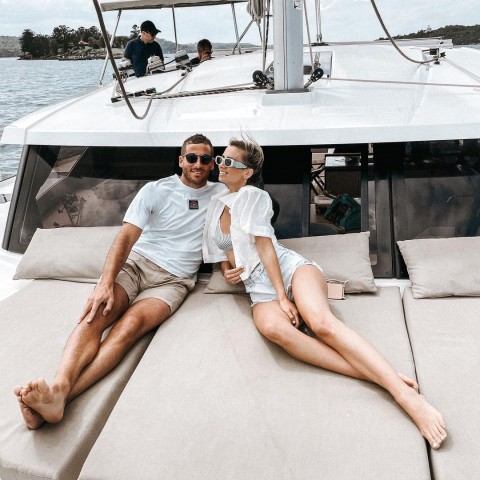 Hemed played in La Liga for two almost five seasons representing two clubs, and had an annual salary of more than £1 Million.

Tomer is married to his longtime girlfriend, Shunit Faragi. The love birds have been married for more than eight years. The duo exchanged their wedding vows in 2013 at a private wedding ceremony in front of parents and close friends. They had been dating each other for several years before their marriage. 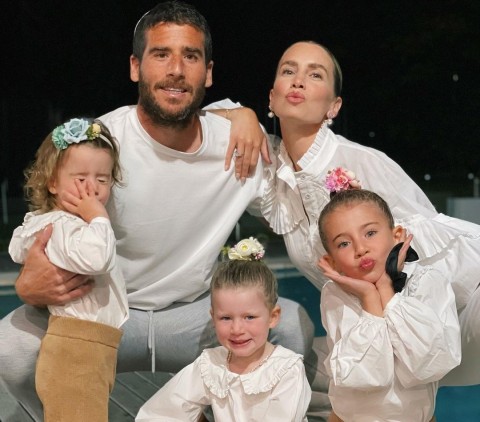 Tomer shares a photo with his wife and children SOURCE: [email protected]

Tomer and Shunit are the proud parents of three daughters. The family of five is living a happy married life. Faragi is a model and has appeared on the covers of numerous magazines. Shunit was crowned second place at Miss Israel in 2008 and represented their homeland in Miss Universe in 2008.

Tomer started his professional career with Maccabi Haifa in 2007. He trained with the team from 2005 in its youth team. Hemed spent three seasons on loan playing for several clubs. In 2011, La Liga club Mallorca signed him for a three-year deal. He appeared in ninety games in the next three seasons and scored twenty-one goals.

Hemed moved to Almeria and played for a season. In 2015, Brighton signed him for the three-year deal for an undisclosed fee. He got to play in the Premier League in the 2017 season and extended his contract until 2019. However, Tomer was loaned to Queens Park Rangers for a season. In 2019, The player moved to Charlton Athletic and then to A-League in Australia. In July 2021, Hemed signed with Western Sydney Wanderers for a season.