Junior Hoilett is a well-known Canadian professional football player. He is currently playing in the English Championship for Reading Football Club. Hoilett plays as a Winger for his club and country. Junior turned professional in 2007 and wore no.23 jersey playing for the club and nation.

Junior Hoilett was born David Wayne Hoilett on June 5, 1990, in Brampton, Ontario. He is the son of David Hoilett Sr and his wife, Ingrid Hoilett. Junior has three siblings. Hoilett holds Jamaican descent. His father worked as a DJ and music producer. His younger brother Jaineil also became a footballer, playing in Germany at an amateur level. Junior stands five feet and eight inches tall and weighs 70 kg.

Know About Junior Hoilett's Salary, Net Worth and Earnings

Junior Hoilett has an estimated net worth of more than $5 Million. The player recently moved to Reading after spending five seasons with Cardiff City. Hoilett has an annual salary of £317,200 playing for the Reading. He has earned most of his net worth through his successful football career. In 2020, Junior made £1,456,000 as his salary while playing for Cardiff City. 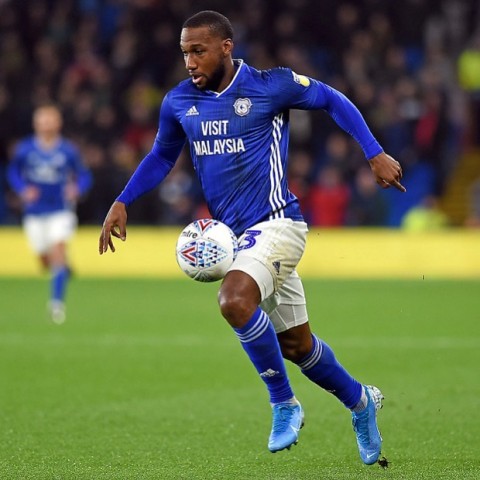 Junior started his professional career in 2007 playing for Blackburn Rovers. For four seasons, the player had an impressive career with numerous clubs and joined Queens Park Rangers. He had an annual salary of more than £1 Million with the club and earned a £45,000 weekly wage. Hoilett will be adding a huge net worth in the future.

Junior is very much private about his relationship status. He has not shared a word with the public. He frequently shares photos of his son, Kylan. He was born in March 2016. However, The football player has not shared about his biological mother. Hoilett seems to be a single father and raising his son.

Junior started playing football along with his siblings from a very early age. Hoilett trained professionally with Brampton Youth SC. Rather than starting his educational career, His father sent him to England and try for several clubs. Numerous clubs got his attention while he traveled with his club in Wales. Blackburn Rovers signed him and signed him in 2003. While in England, Junior attended St Bede's Roman Catholic High School.

In 2007, Hoilett earned his professional debut. However, The following year, He was loaned to SC Paderborn in Germany for a loan season. The following season, Junior moved to FC St. Pauli for the second loan season. The player returned to the club in the 2010 season and played with the team until 2012. He appeared in eighty-one games and scored ten goals.

In 2012, Junior joined Queens Park Rangers for four-season. He had ups and downs with the clubs and scored twelve goals appearing in 112 games. In 2016, Hoilett joined Cardiff City in Premier League and signed a five-year deal. He appeared in 173 games and scored twenty-three goals for the club. In August 2021, His contract expired, and he then moved to Reading FC for a season.