Toby Alderweireld is a Belgian professional football player who currently plays as a central defender for the Premier League club Tottenham Hotspur and the Belgium national team.

The 30 years old professional has played for clubs like Ajax, Atletico Madrid, Southampton previously. As of 2019, he is receiving an annual salary of $4 million from his club which has boosted his net worth.

Toby Alderweireld's Net Worth and Endorsements

Toby Alderweirld has an estimated net worth of $8 million in 2019, including all of his properties and income. Currently, he receives a weekly wage of £80,000 which is £4,160,000 per annum as salary from his present club. His recent market value is recorded to be €40 million. 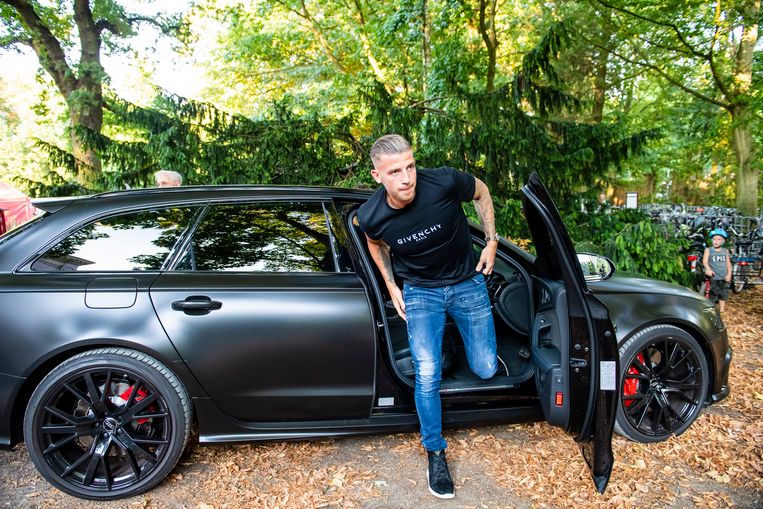 He has lists of world's best luxury cars and some of them are Audi S5, Mercedes-Benz ML 63 AMG W166, and Range Rover.  Besides, he also has endorsement deals with several companies.

Toby Alderweirld is a married man; he is married to his longterm loving girlfriend Shani Van Mieghem. Alderweirld's wife Shani is a professional beautician and worked for a television show about make-up and COSMETICS. The couple is in the relationship from their teen-age. 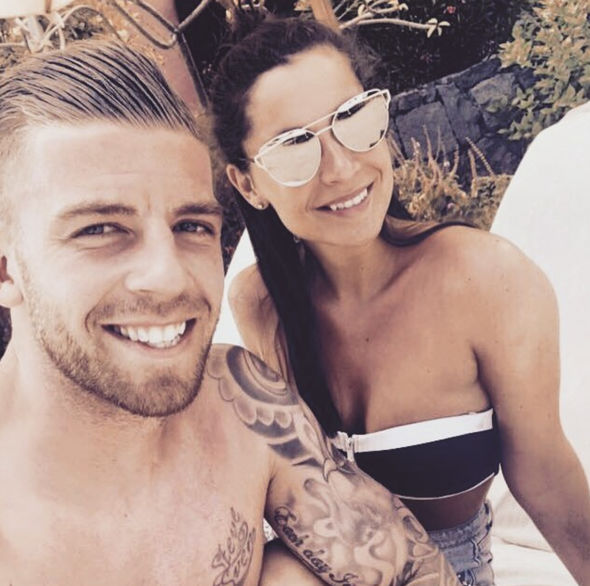 The couple tied their knots on 19th Jun 2015, among their friends and family, in a civil ceremony at the Ekeren town hall, followed by a church wedding in the Antwerp cathedral. 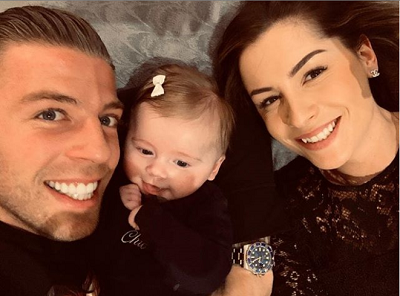 CAPTION: Toby Alderweireld with his spouse and baby SOURCE: Instagram

In September 2018, the loved up couple welcomed their first child, a daughter named, Ayla, into the world, four years after tying the knot.

Toby Alderweirld was born as Tobias Albertine Maurits Alderweireld on 2 March 1989. He was born to a Belgium father, Viv Alderweireld in Antwerp, Belgium, along with his two brothers, Sven Alderweirled and Steve Alderweirld.

Toby Alderweirld began his professional football career in 2008, after being promoted from the youth academy of Ajax. He made his professional club debut on 18 January 2008, against NEC. He established himself in the first team and starting XI, during the beginning of the 2009-10 season.

He became the first choice center-back for the team along with fellow Belgian Jan Vertonghen after the departure of former captain Thomas Vermaelen to Arsenal. His first goal for the club came on 4 September 2010. His five seasons with the club ended with a total of 128 appearances and 7 goals.

Toby Alderweirld further joined the Spanish club Atletico Madrid on 2 September 2013, signing to a four-year contract with the club. He played 12 matches for the game and was the member of the team that won the La Liga. He scored his only goal of the season on 11 May 2013, against Malaga.

Alderweirld was sent on a season-long loan to Premier League side Southampton on 1 September 2014. He made his professional club debut against Newcastle United on 13 September 2014, and his debut goal for the club came on 26 December, in a match against Crystal Palace. His only season with the club ended up with a total of 26 appearances and a goal.

Alderweireld further joined Tottenham Hotspur on a five-year contract with the club on 8 July 2015. He reunited with his ex-teammate, Christian Eriksen while at the club.

He made his Spurs debut on 30 July 2015, against Colorado. His first goal for the club came on 26 September 2016, in a match against Manchester City. He still plays for the club.