Dodi Lukebakio is a professional football player from Belgium who currently plays in the German top division, Bundesliga. He plays in the midfielder position for Wolfsburg where he joined in 2021. He joined the club on loan from Hertha BSC. He wears the Number 28 Jersey for his team.

Individually he was named the Bundesliga Rookie of the Month in December of 2018. He has also represented Belgium in international tournaments. Before, he was in the Under 21 team of the country.

Who is Dodi?  His Personal Information and Family

Dodi Lukebakio Ngandoli, famously known as Dodi Lukebakio was born on September 24, 1997, in Brussels, Belgium. According to astrology, his birth sign is Libra. 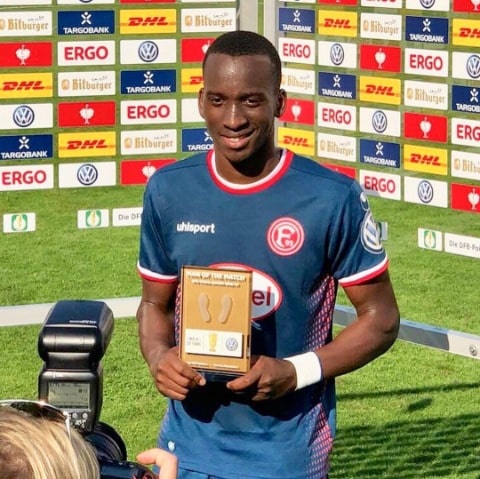 Lukebakio was born to his parents whose names are not known at the moment. He has not shared any information regarding his parent's detail neither in the media nor his social media too.

Also, it is not sure whether he has any brothers and sisters or not.

Read: Who is Oscar Cardozo? Childhood and Bio

His weight is around 77 kg and has short black hair.

What is the Net worth of Dodi?

As per sources, the estimated net worth of the Belgian midfielder is approximately $4 million. His major source of income is from his profession of playing football. He has been playing football for many years. 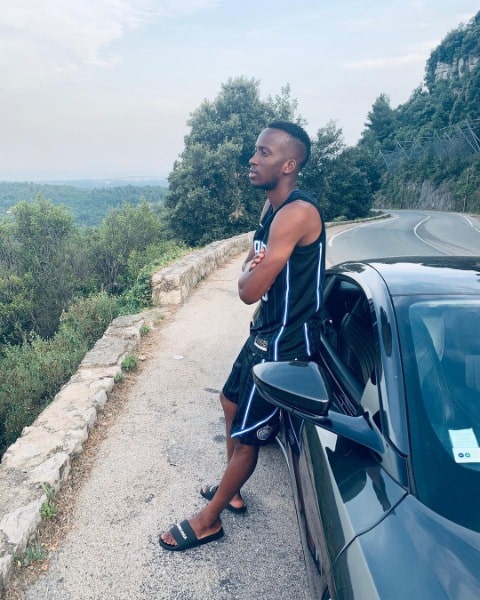 Also, his worth includes all his properties including cars, assets, houses, and monetary values. He lives a moderate lifestyle on his own in Belgium. And sometimes likes to flex his cars and others on his Instagram too.

Salary of Lukebakio in 2022

The highest-earning player in Hertha Berlin is Krzysztof Piatek who earns about 4.2 million pounds with the club. Similarly, Lucas Tousart and Davie Selke earn 4.1 million and 2.2 million per year.

Read: Net worth, Salary, and Contract of Jonathan Ikon

As per transfermarkt, his market value in March of 2022 is 9 million pounds. Similarly, his highest value was 21 million pounds which was in December of 2019. At that time, he was in Hertha BSC.

The Relationship Status of Lukebakio

Wolfsburg's midfielder, Dodi Lukebakio is currently living a happily married life with his wife, whose name is not revealed as of now. The couple has been together for more than 4 years as of 2022.

The couple started dating back before 2018. Though he has not revealed when and where he met his wife for the first time, they eventually fall in love. And dating for a few years, the pair decided to marry each other. 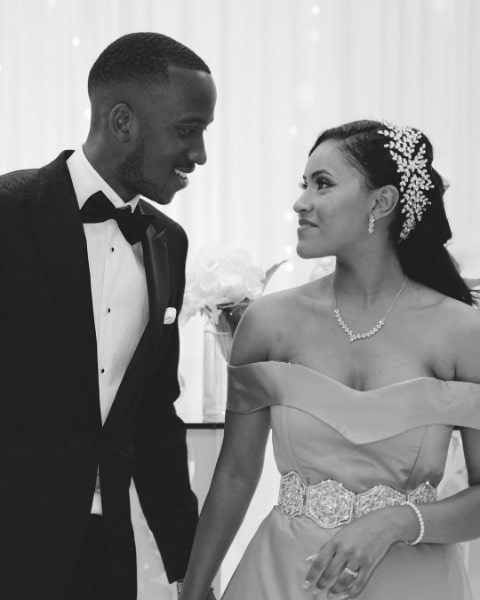 Dodi's wedding ceremony was held in the local religious place of Belgium in the presence of their close friends and relatives. They walked down their aisle with each other on 5th July 2019. Every year, Luke wishes his sweetheart on their anniversary. On their 2 year anniversary, he posted marriage ceremony photos of the couple and captioned it,

"The woman of my life. #2yearsofwedding"

Who is Dodi's wife?

Dodi Lukebakio's lovely wife Mrs. Lukebakio has not revealed her detailed information. She is famous for becoming the wife of her spouse, footballer Dodi. 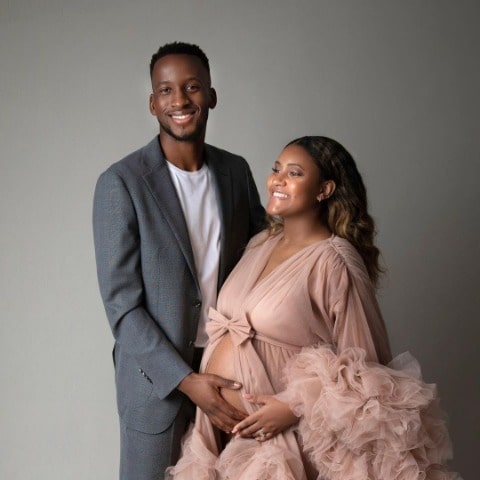 Mrs. Lukebakio has been constantly supporting her husband in his career through thick and thin. She is also not much active on social media like Instagram.

Dodi Lukebakio and his life partner, Miss Lukebakio are currently blessed with a child.

Initially, he revealed that he was going to have a baby soon. However, he had not shared much detail about his coming baby. 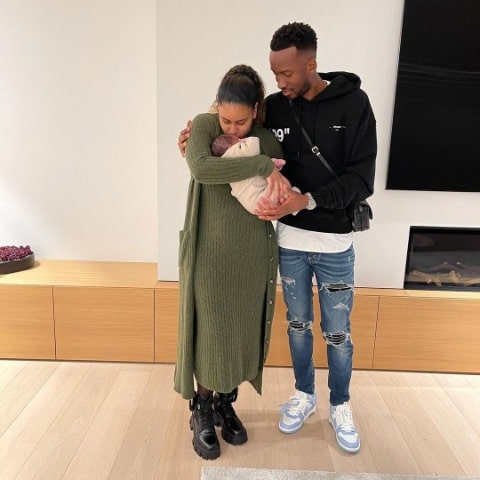 Dodi Lukebakio with his wife and a son SOURCE: [email protected]

Finally, on January 1, 2022, he announced that he and his wife has given birth to a baby boy on their Instagram. His son, Lukebakio Jr. was born in December of 2021. He wrote a sweet message to share his happiness of being a proud dad of a child. He posted,

"My new little family. It is with a lot of emotions that I announce the birth of my son. to close the year 2021. I am very grateful to the Lord for this child who will add more joy to our lives."

He also shared a couple of photos of his baby along with her wife's pregnancy photos. And thanked his wife for giving him a chance to be a father as he wrote,

"I am proud of you my wife, you are the best! Can't wait to experience this new stage with you. #Lukebakio'sfamily #GloryToJesus"

His Insta Id is @d.lukebakio where he has more than 40,600 fan followers. He mostly shares about his games, private life, and time with friends and families on his Ig.