Ranked #181 in Forbes 400 2020, Tilman Fertitta is an American Billionaire business person and Television personality. He is widely recognized for being the sole owner of one of the largest restaurant corporation in the U.S, Labdry's Inc, where he is also the chairman and CEO. Besides, he is the owner of the Houston Rockets of the National Basketball Association (NBA).

Galveston, Texas native, Tilman Fertitta was born on 25th June 1957, under the star sign Cancer. The sixty-three years old holds an American nationality and is of white ethnic background.

As of 2020, Tikman Fertitta's net worth is approximately $4.2 billion. The self-made billionaire makes tons of money from restaurants, casinos, hotels, pleasure piers, and an NBA basketball team.

His major investment includes: the NBA approved the $2.2 billion deal of Houston Rockets by Fertitta in October of 2017. He is the owner of the Golden Nugget Casinos and Landry's, a Texas-based restaurant and entertainment company. His brands include Saltgrass Steak House, Golden Nuggets, and Bubba Gump Shrimp Co. Back in 2010, he took Landry's private 2010 in a deal worth $1.4 billion. 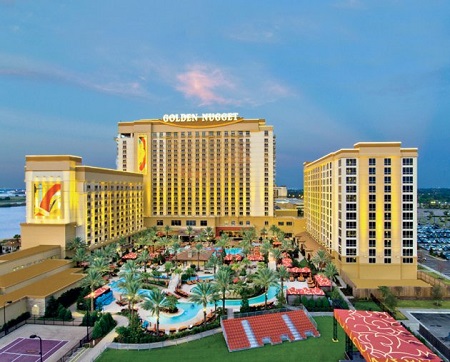 Fertitta made the Golden Nugget in Vegas SOURCE: inc.com

Fertitta donated $20 million to reconstruct the University of Houston's basketball home of Hofheinz Pavilion in 2016. Since it is renamed Fertitta Center, along with donations for the construction of TDECU Stadium.

Tilman has a house in Houston, Texas.

Tilman Fertitta is a one-woman man. He proposed consecutive three times to Paige Fertitta until the answer was YES!! On 2nd November 1991, the couple tied the knot in an intimate ceremony. 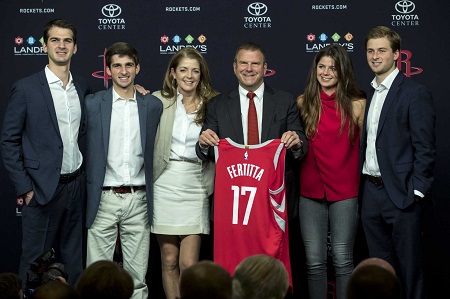 The following year, they welcomed their first child, Michael. In 1994, their second child was born and the third one, Blayne in 1997 followed by Blake. The family of six currently resides in River Oaks, Houston.

Tilman is the son of Joy Fertitta and Vic Fertitta. Several generations after his family relocated to Texas from Sicily. His father had a seafood restaurant on Galveston Island where Tilman would go and peel shrimp after school.

Tilman enrolled at Texas Tech University and the University of Houston, majoring in business administration and hospitality management. His first step in the entrepreneurial world was selling and promoting Shaklee vitamins.

In the 1980s, Fertitta founded and ran a construction and development business, and developed his first major project, the Key Largo Hotel in Galveston and the rest is history.