Jimmy Haslam is a well-known American businessman and a sports executive. Haslam is currently working as the chairman of the board of the Pilot Flying J truck Shop chain. Also, He is the owner of the Cleveland Browns in the NFL and Columbus Crew SC in the MLS.

Jimmy Haslam was born James Arthur Haslam III on March 9, 1954, in Knoxville, Tennessee. He is among the two children born to James Arthur Haslam Jr and his wife, Cynthia Haslam. Jimmy has a brother Bill Haslam American billionaire businessman and politician, who served as the 49th Governor of Tennessee from 2011 to 2019. After graduating from High School, Jimmy enrolled at the University of Tennessee.

How Rich is Jimmy Haslam? Know About his Net Worth and Earnings

Jimmy Haslam has an estimated net worth of $3 Million in early 2021. Haslam has earned most of his hefty fortune from his successful career in his investment at Pilot Flying J's franchise and family business. His father started the company at $6,000 in 1958. In 2017, Berkshire Hathaway bought 39% of the company shares for a reported $2.8 Billion and will be acquiring another 41% by the end of 2023. 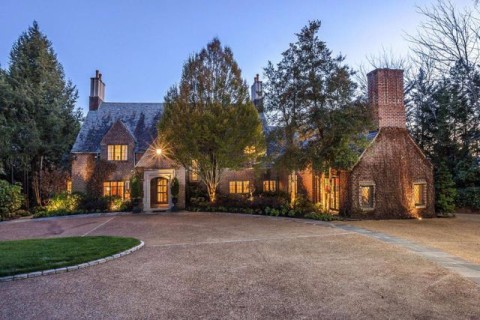 Jimmy listed his Knoxville Mansion for sale in 2015 SOURCE: Realtor

Haslam's company has an annual revenue of $30 billion. The company's annual sales were about $50 million when he joined back in 1975. In 2012, Jimmy invested most of his net worth, and  Haslam became the majority stakeholder of Cleveland Browns for roughly $990 million. The company's valuation has risen to $1.2 Billion in 2021.

In 2018, The American Billionaire bought a reasonable stake in Major League Soccer club Columbus Crew SC. The team won the 2020 MLS League and his first title win as a franchise owner. Robert Kraft is another famous American Billionaire with a net worth of $6.9 Billion and the New England Patriots owner.

Jimmy tied his wedding knot with his longtime girlfriend, Dee Bagwell. The love birds walked down their wedding aisle on December 11, 1976, in a private wedding ceremony at Jimmy's hometown. They had been dating for sometime before their marriage. Soon after the wedding, Jimmy and Dee welcomed two children, Whitney Haslam Johnson and Cynthia Haslam Arnholt. 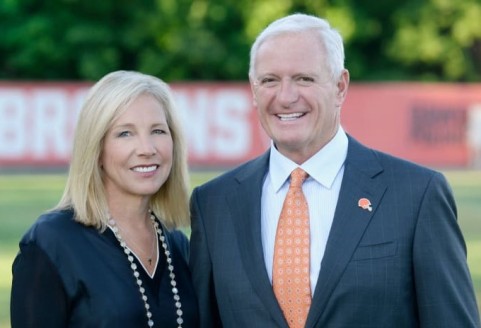 CAPTION: Jimmy along with his wife Dee SOURCE: Clevelands

Lately, In 2016, The family of four adopted a new child, James Bagwell Haslam. Jimmy and Dee are the proud grandparents of six grandchildren. They own two-family houses in Tennessee and Ohio. They separated their time living in the places.

Jimmy started working in his father's company in 1976. At the end of 1980,  Haslam was named vice president of sales, development, and operations.  In 2012, Pilot Flying J acquired Western Petroleum and the majority owner of Maxum Petroleum. Pilot Thomas Logistics is one of the fastest-growing energy logistics companies in North America.

In 2008, Haslam bought a minority interest in Steelers and thought of buying the team but dropped the idea and invested in Cleveland Browns in 2012. In 2018, Jimmy bought  Major League Soccer club Columbus Crew SC from Anthony Precourt. He has been working as the Pilot Flying Chairman and stepped down as CEO and transition to chairman in January 2021.