Thomas Kaminski is a Belgian professional footballer who has been playing for EFL Championship club Blackburn Rovers since August 26, 2020. The contract with his current team was extended on February 11, 2022, and it expires on June 30, 2025. The professional footballer has represented the Belgian U15, U16, U17, U19, and U21 levels.

Further, Kaminski started his football career by playing with Zellik Sport, and later, he played for multiple teams like Asse-Zellik, Tubize, and Gent. His senior career began with the team of Germinal Beerschot. As we know, he is a goalkeeper, and he became the starting goalkeeper in the 2010-11 season.

How Much Is Thomas Kaminski's Net Worth?

Thomas Kaminski makes a good amount of money from being a professional footballer. He currently plays for EFL Championship club Blackburn Rovers, and from his team, he may receive a fair salary. However, the actual amount of Kaminski's compensation remains unknown as none of the media outlets have shared the details of his earnings.

Transfermrkt says that Kaminski's market value is €2.50m, but this is not the highest value as his value was €3.00m on June 10, 2019. In the past, Kaminski also played for various teams, and while representing them, he might have received a fair deal.

Having such impressive deals, Kaminski's net worth may be not less than a million dollars. Being immersed in this field for many years, Kaminski lives a lavish life, and he flaunts it via his Instagram handle. He loves spending money going to various places with his friends and family.

Married Life: Who Is Kaminski's Wife?

Talking about his love life, Kaminski is a married man, and he lives happily with his wife and a daughter whose names are not disclosed yet. The lovely duo has been in a marital connection for over many years. Unfortunately, the detailed facts about his marriage date and venue are still suspicious to many of his fans. Apart from that, Kaminski is a family person who loves spending time with his family in his spare time.

Meanwhile, Kaminski has also started his own family with his wife. The cute pair is blessed with a daughter. The professional footballer has shared multiple pictures with his wife and child on his Instagram account. 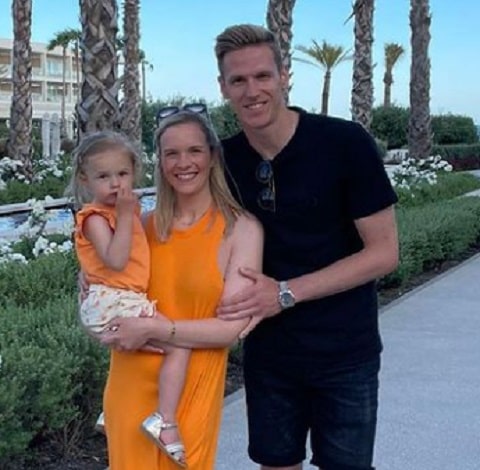 Thomas Kaminski with his wife and daughter SOURCE: Instagram @thomaskaminski1

So, to get more details regarding his personal life, we can follow him on his social media handles.

On August 25, 2012, Kaminski made his debut for the team playing against Oud-Heverlee Leuven. And in the summer of 2015, Kaminski was loaned by F.C. Copenhagen. From 2016 to 2019, he represented Kortrijk, with whom he made 84 appearances. 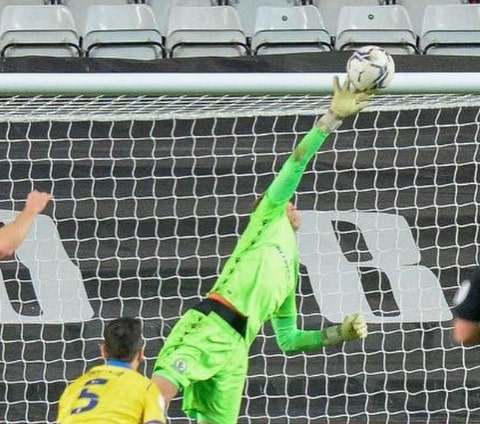 Thomas Kaminski in one of his matches SOURCE: Instagram @thomaskaminski1

Likewise, Kaminski joined EFL Championship side Blackburn Rovers on August 26, 2020. On September 12 of the same year, he made his debut for Blackburn playing against Bournemouth. He has appeared in numerous games with Blackburn, and with them, the contract was extended in February 2022. Apart from being a club player, Kaminski has also got a chance to play for the national team and played at U15, U16, U17, U19, and U21 levels.

With the national team, Kaminski appeared in various tournaments, including the 2022 FIFA World Cup qualifiers and UEFA Nations League. Not to mention, he also has Polish background and is also eligible to play for the Polish national team. His performances have helped him win some titles, including the Blackburn Rovers Player of the Season in 2020-21. Another Belgian football player Dennis Praet plays for Premier League club Leicester City as a central midfielder.

Thomas Kaminski was born on October 23, 1992, in Dendermonde, Belgium. As of early 2022, Kaminski is 29 years old. He holds Belgian nationality and belongs to a mixed ethnic background as his parents are from different nations. 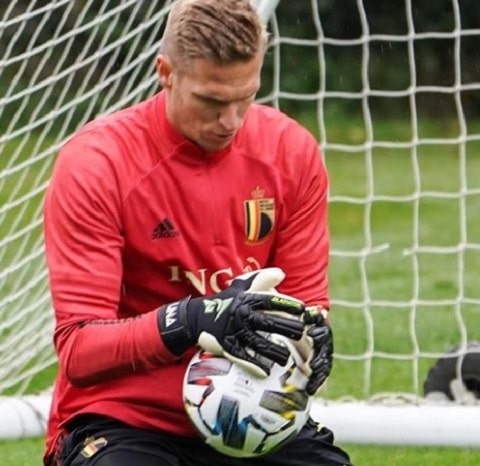 His father is from Poland, while his mother is from Belgium. As said earlier, Kaminski can represent both countries from his parent's side. There are not many details regarding his family background as Kaminski has not shared much information with the media.

Talking about his physical appearance, Kaminski is a tall guy, and his height measurement is 6 feet 3 inches (1.90 m). His height also helps him perform great in the field.

The professional goalkeeper is fond of using social media sites, and he is most active on Instagram, where we can follow him under the username @thomaskaminski1. At the time of this post, Kaminski has gained more than 12.8k followers. 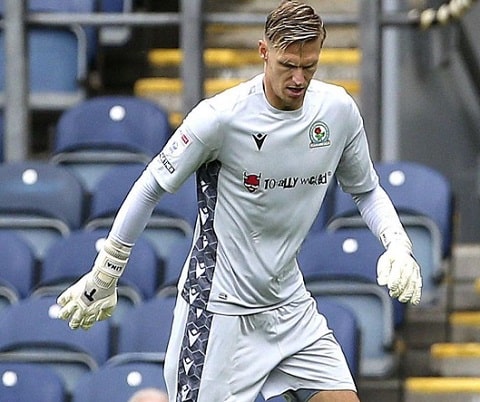 Furthermore, Kaminski made his first post on Instagram on May 21, 2019. Since then, Kaminski has been featuring his lifestyle on I.G.

Some Facts About Thomas Kaminski