Dennis Praet is a professional football player from Belgium who plays for Premier League club Leicester City as a central midfielder. In addition to playing for the club, Praet also plays for the Belgium national team. Praet has been with Leicester City since joining the team on August 8, 2019, but on August 31, 2021, he joined Torino on a season-long loan.

Furthermore, Praet is a skilled player who has helped his squad to win multiple games. He has not only helped his team to win games but has also won some awards. In 2011, Praet won the title of the Best player in the AEGON Future Cup, and in 2014, he also took home the Belgian Golden Shoe. Not to mention, Leuven, a Belgium native, wears jersey number 26 on his current team.

Salary and Net Worth Revealed

As we know, Praet currently plays for Premier League club Leicester City and has been representing the team for a long time. According to Salary Sport, Praet earns £77,000 per week and £4,004,000 per year by playing with his current squad. When he joined Leicester City in 2019, Praet received a transfer fee of €20 million.

Apart from playing with them, Praet has also played for other teams in the past. Before coming into Leicester City, Praet was at Sampdoria, with whom he signed a deal worth €10 million. In the same way, Praet played for RSC Anderlecht, and when he moved to Sampdoria, Praet received a transfer fee of €8.00m. 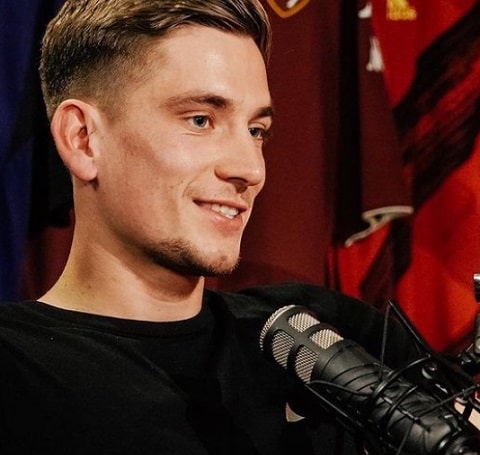 Signing such impressive deals with those teams, Praet has surely preserved a colossal fortune. Praet lives a lavish life by earning a good amount of money from his profession. Apart from making money from his football career, Praet may take some profit from sponsorship and endorsement deals. Currently, he is associated with Nike. So, working with them, he may be earning a fair sum of money.

Love Life: Is Dennis Praet Dating Someone or Single?

Moving into his love life, Praet appears to be in a relationship with his girlfriend. According to a photo posted by Getty Images, it can be said that Praet is dating his girlfriend and the lady's name is Sharon. Back in 2014, Praet was spotted together with Sharon at the 61st edition of the Golden Shoe Award ceremony at the AED Studios in Lint, Belgium.

Apart from that, Praet has never been spotted with Sharon at any public events. Not only that, but Praet has not made any posts about his love life. So, it can't be confirmed whether he is still in a relationship with his lover or not.

Considering this fact, it can be said that, Praet is a very private person now, and he prefers to keep his personal details away from the media rather than sharing everything. However, Praet may provide some updates regarding his love affair in the future as his fans and followers are eager to know about it.

The Belgian footballer started his early football career at the team of SJV Motbroek, where he played from 1999 to 2000. From 2000 to 2002, he was with Stade Leuven. For the following season, Praet played for OH Leuven.

Later, Praet began getting more opportunities to play for other teams. In 2003, Praet joined the Genk youth academy. During that time, he was just eight years old. During his time at Genk, Praet was doing good, and he also impressed many people with his performances. So, Praet played for Genk from 2003 to 2010. 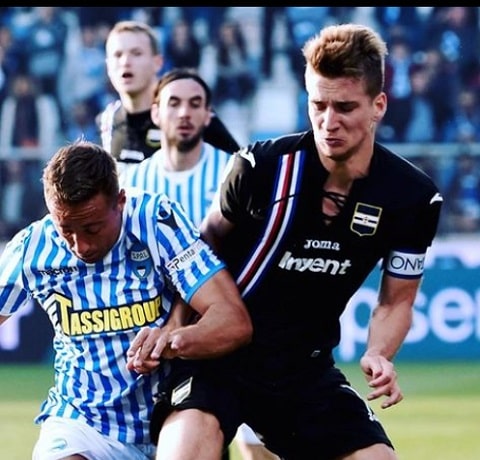 Dennis Praet playing in one of his games SOURCE: Instagram @dennispraet

His performances not only helped him make headlines on the internet, but he also got noticed by various renowned clubs such as Arsenal, Barcelona, Ajax, and Lille. Meanwhile, Praet was transferred to Anderlecht in May 2010. He began playing for the under-19 team and was doing pretty well. On September 21, 2011, Praet made his debut for the first team by playing against Lommel United in the Belgian Cup.

His first goal for the respective team came in the next round of the cup during a game against Rupel Boom FC. Being with the Anderlecht team, he signed multiple contracts and extended them more. He played in 139 games and scored 20 goals with them from 2011 to 2016. After that, Praet received an offer from Sampdoria and got signed on August 24, 2016.

Praet played for Sampdoria from 2016 to 2019 and made 98 games appearances, scoring four goals. On August 8, 2019, Praet got signed with Premier League club Leicester City. Praet made his league debut on August 18, 2019, by giving a fantastic performance in a game versus Chelsea. For your information, Praet scored his first goal for the team on January 11, 2020. In addition to that, he also played on a loan for Torino. Talking about his international career, Praet has represented the Belgium U15, U16, U17, U18, U19, and U21 teams. On November 12, 2014, Praet made his debut for the senior team by playing against Iceland.

Insights On His Family Background

Dennis Praet was born on May 14, 1994, in Leuven, Belgium making his age 28 years as of 2022. The professional was raised by his loving parents, Herman Praet and Fabienne Praet, in Leuven. Some sources have reported that Praet grew up together with his sister, but her name is missing from the web. 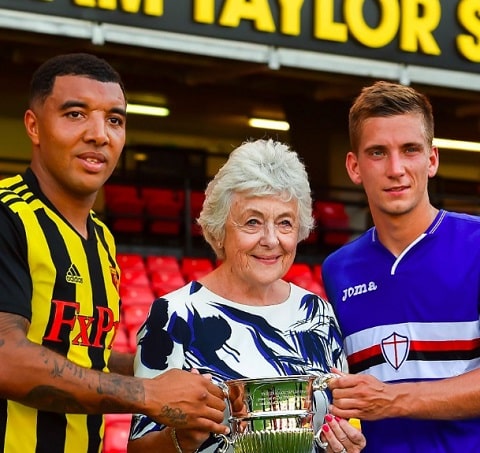 As we know, Praet is very private; we cannot share information about his family background. Also, Praet has not shared a single post on his social media handles. Besides, Praet holds Belgian nationality and his height measurement is 5 feet 11 inches (1.81 m).