Siebe Van der Heyden is a professional football player who plays as center back for Union SG and the Belgium national team. The Denderleeuw, Belgium native, has been playing for Union SG since 2019, and before that, he was associated with other clubs, including Oostende and FC Eindhoven. Furthermore, the professional footballer has been a part of numerous international games too.

The Belgian football player Heyden is considered one of the most skilled players on his team as he gives his best in every game. As we know, Heyden is currently playing for Union SG, and on his team, he wears jersey number 44. Likewise, he has also played in KNVB Beker for numerous games, including Eindhoven, in Playoffs II for Oostende and in UEFA Youth League for Anderlecht U19.

Born on May 30, 1998, Siebe Van der Heyden is 24 years old as of 2022. He grew up in Denderleeuw, Belgium and spent his early days in that region. Moreover, Heyden holds Belgian nationality. Talking about his family background, he is pretty close to his parents and lives a low-key life with them. 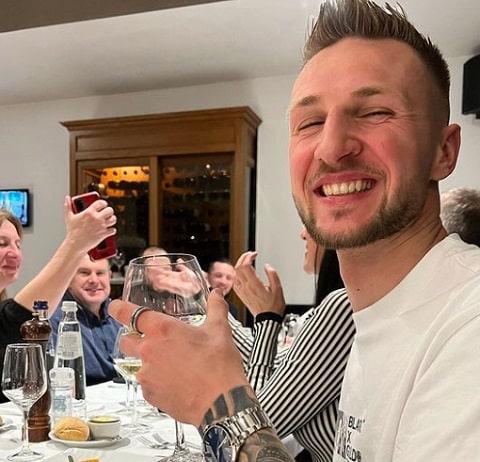 So, Heyden is a secretive person, and he has not given much info about his father and mother. No doubt, he has received huge support from his family members. Talking about his physical appearance, Heyden is a tall guy, and he peaks at the height of 6 feet 1 inch.

Wiki-Bio: Insights On His Football Career

The left-footed football player was interested in playing football from a young age. So, in his early career, he went to Anderlecht. But before that, he played for other teams like Dender Yth and Club Brugge Yth. And on July 1, 2016, Heyden made headlines on the internet when he left Anderlecht U19 to play for KV Oostende.

Meanwhile, he made his Belgian First Division A debut for Oostende on May 21, 2017, by appearing in a match against Anderlecht. In the respective game, he came as an 88th-minute substitute for David Rozehnal. Furthermore, Heyden left the team on July 30, 2018, and moved to the Netherlands. He signed a one-year contract with FC Eindhoven with an option to extend the contract for one more year. 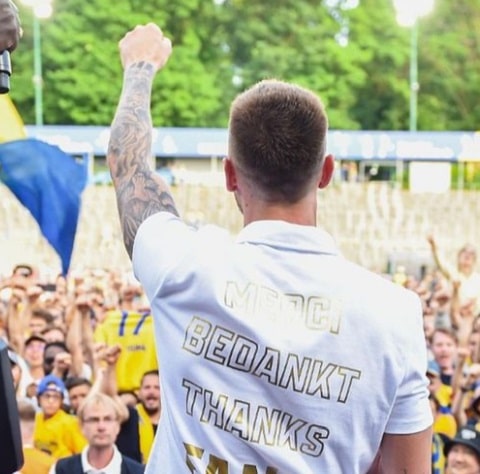 After making some appearances for the Eindhoven team, he signed a deal with Union SG on July 12, 2019. Since then, Heyden has been with the team of Union SG. Apart from that, Heyden has also been a part of the Belgian national team, and for the national team, Heyden made his debut on March 29, 2022, in a friendly match against Burkina Faso.

Not to mention, on March 18, 2022, he was named in the senior Belgium squad for two friendly matches, including on March 26, 2022, against the Republic of Ireland. But he didn't play against Ireland, and as mentioned earlier, his international debut was with Faso, and the Belgium team won the game by 3-0. In addition, Matz Sels is also a renowned football player hailing from Belgium.

How Much Are Heyden's Salary & Net Worth?

The young center-back makes most of his gains from his professional career as a footballer. Since 2019, he has been playing for the renowned club Union SG from where Heyden surely takes home a decent profit. According to Salary Sport, his weekly wage is £2,600, and his yearly wage is £135,200 by playing for the team of Union SG. 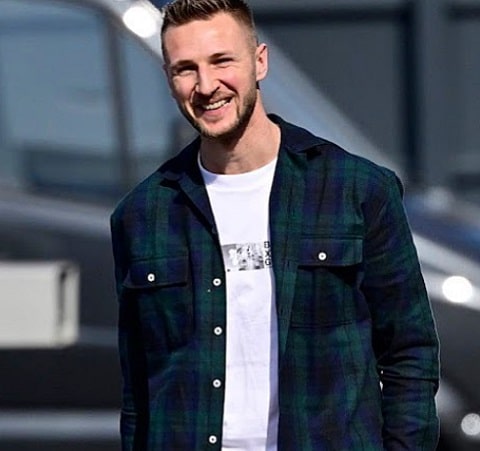 According to Transfermrkt, his market value at the time of this writing is €3.00m. No doubt, Heyden has a net worth in six figures, but due to the actual details of his earnings, none of the media outlets have been able to mention his exact value.

Besides that, Heyden may also make money from endorsement deals, and the Influencer Marketing Hub claims that his estimated earnings from a single sponsored post on Instagram are around $82.5 - $137.5, as he has gained over 7k followers at the time of this post.

Coming into his personal life, Heyden is in a happy relationship with his girlfriend named Rhune Neven. The lovely pair have dated each other for quite a while now, but it is unknown when they began dating. Heyden has shared some snaps with his lady on his Instagram handle, exploring some places together.

Apart from that, his girlfriend appears to be a social media influencer who has a strong presence on Instagram, where we can follow her under the username @rhune.neven. Furthermore, Neven seems to be a fun-loving person as she makes a collection of her moments and posts them on her social media profiles. Like many other couples, Heyden and Neven also want to stay away from the limelight as they do not want to get involved in unwanted controversies. But both of them are supportive of each other, and Neven is also a supportive partner who has appeared in Heyden's games to cheer him up.

Back in March 2022, Neven went on to support her partner, and she also shared some cute pictures with Heyden on her IG account, which was loved by many people. Despite being in a relationship for some time, the duo has not hinted anything about their marriage yet.

The professional footballer, Heyden, is an active user of Instagram, and we can follow him as @svdheyden44. His Ig account is also verified, and from his profile, Heyden updates about his personal and professional life.