Taylor Leier is a professional Ice-hockey player who currently plays for the Rochester Americans of the American Hockey League (AHL). He was first drafted by the Philadelphia Flyers in the 4th round as a 117th overall pick in the 2012 NHL Entry Draft.

Reportedly, Tylor is in a romantic relationship with his girlfriend, Nicolette. Besides, he has an estimated net worth over $1 million. Also, he has collected $1,574,738, playing two seasons in NHL.

If you have the interest to know more about his bio, including salary, personal life, and relationship status, make sure yous stick with us until the end.

Taylor Leier Earnings; How much is his Net Worth?

As of 2019, Taylor Leier has an estimated net worth over $1 million generated from his professioanl career. Moreover, he played two seasons in NHL and has earned $1,574,738 and is yet to reach the level of John Tavares and Carey Price in terms of career earnings. He currently plays in the American Hockey league in 2019, but the information about his current salary is not in the media yet.

In particular, the players in the American Hockey League are expected to earn in between $39,000 and $350,000 annually. Moreover, the player assigned form the NHL is expected to make more money in AHL compared to NHL.

Moreover, the player with such hype is obvious to earn additional cash via endorsement deals. However, he has never revealed about the brands he is associated with and the earnings from the deals to the general public. 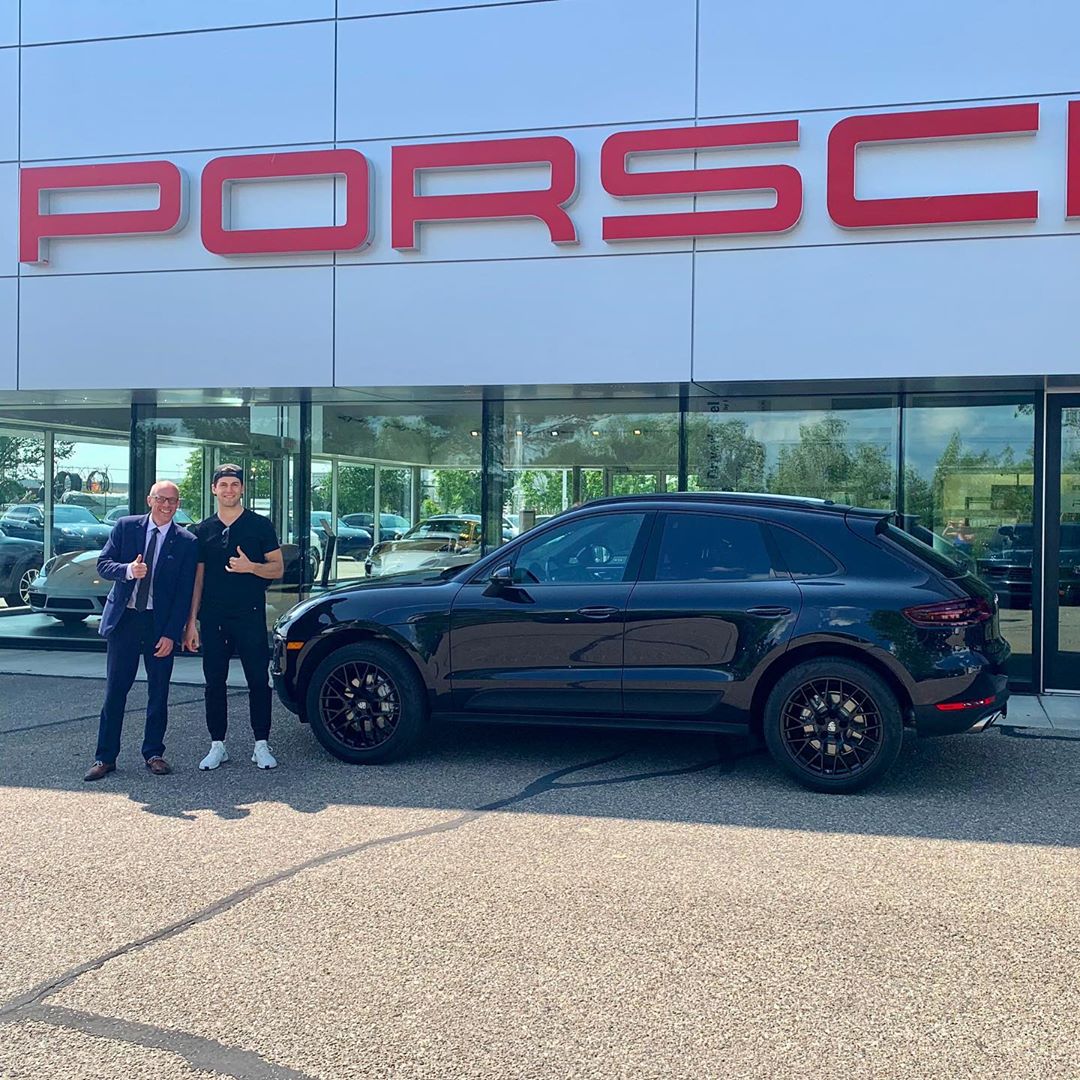 Additionally, he owns some of the luxurious cars including Porsche which cost around $59,000. With the reference of his social media, we made a conclusion that he is living a luxurious lifestyle which is totally financed from his professional career.

Is Taylor Leier in a Relationship? Know about his Personal Life

Taylor who is not married yet but is in a romantic relationship with his girlfriend, Nicolette. His girlfriend Nicolette is an NFL cheerleader and might have met each other during the NHL game or any other mutual friends. 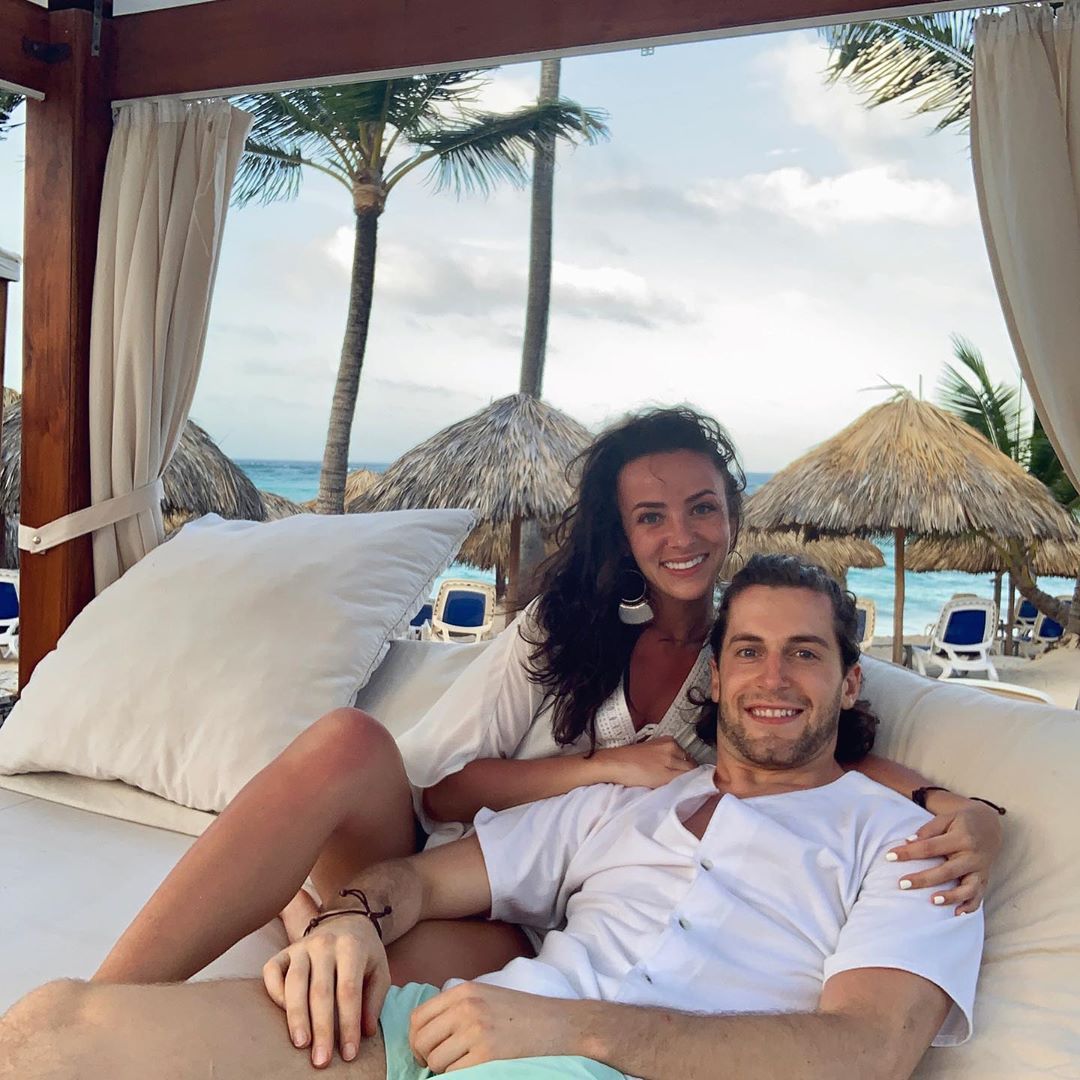 Well, the only thing we are sure about is that the duo has good chemistry between them who often spends a romantic time together. Despite being in a relationship for long, the couple hasn't thought of getting married and starting a new life yet. 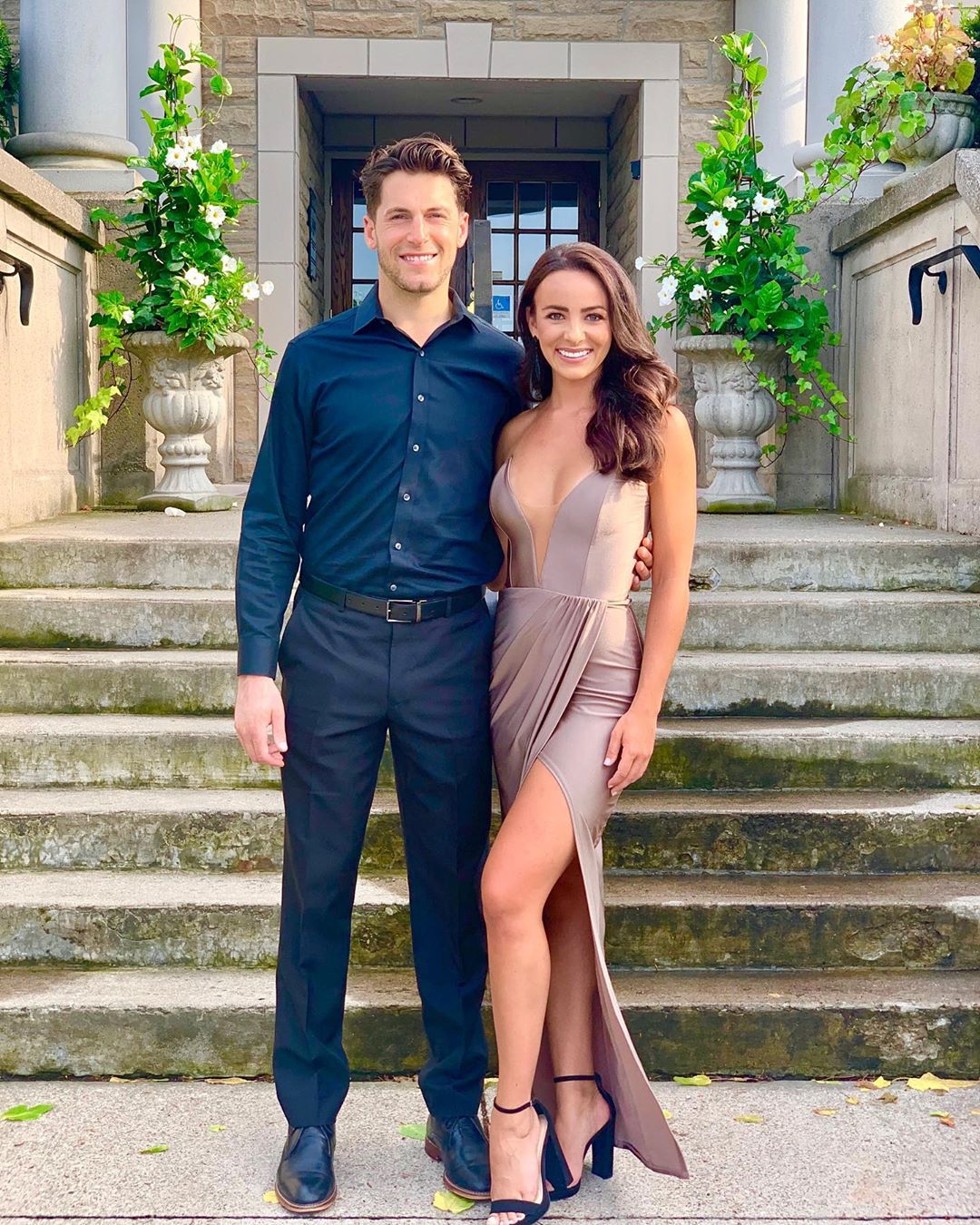 Taylor has a good social life as he is equally spotted hanging around with his friends and family. Besides, he is also focused on his career as he is working hard to establish himself as one of the prominent Ice-hockey player similar to Connor Mcdavid. 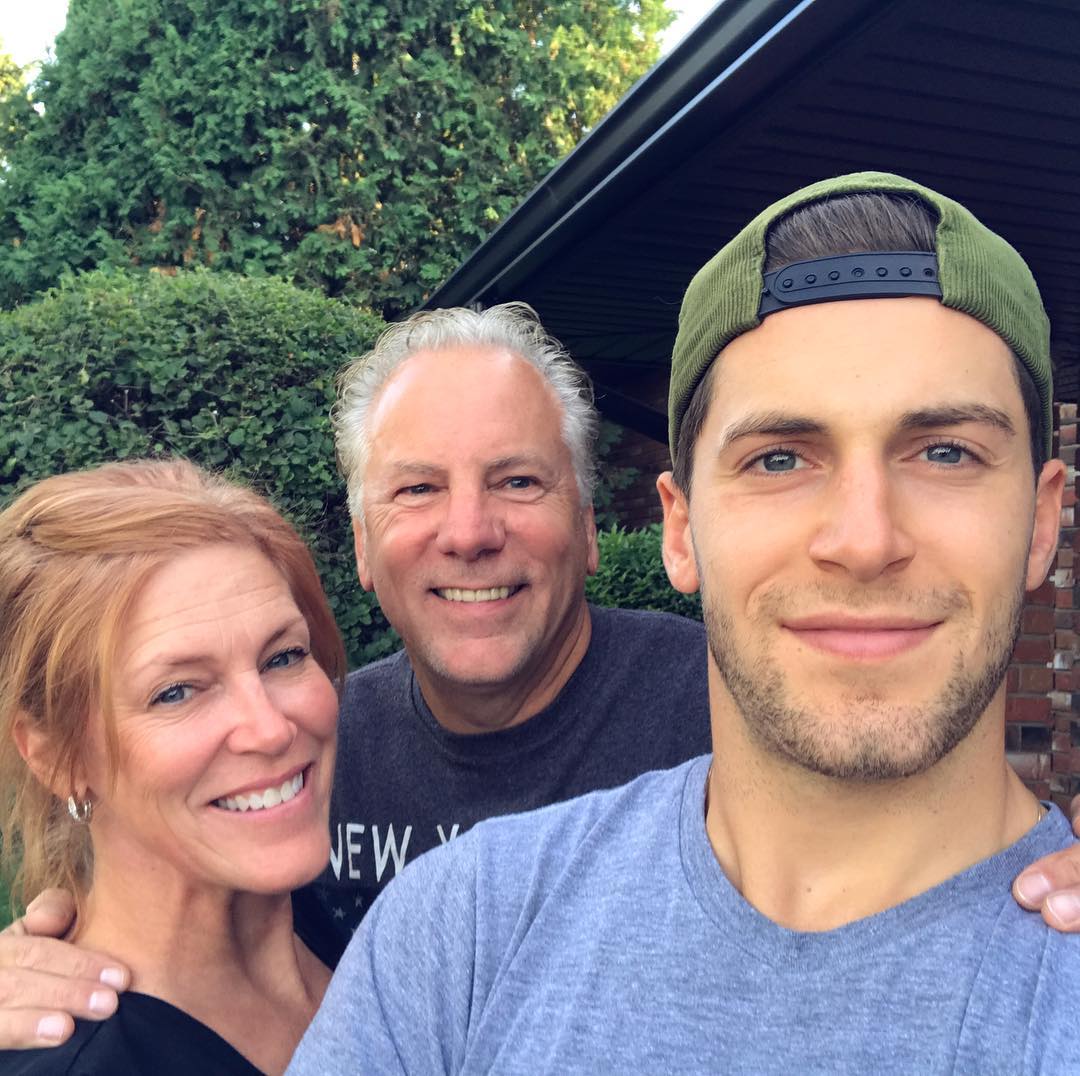 Likewise, he is actively involved in social media, updating his profile with the pictures of his day to day activities. Exploring his social account, we found that he never misses a chance to post a picture of his parents which suggests that he adores his parents alot.

Who is Taylor's girlfriend Nicolette?

Nicolette is an NFL Cheerleader for the Patriots Cheerleaders. Additionally, she is also the former Miss Rhode Island. Apart from the mentioned facts, we have no additional information about her including bio and professional career.

Nicolette has also mentioned on her Instagram bio that she has donated stem sell twice.

Taylor was born on February 15, 1994, in Saskatoon, Saskatchewan, Canada to Tim Leier and Cindy Leier. As per his birth, he is a Canadian native and belongs to the ethnic group of white.

Also, he was born under the star sign Aquarius. Talking about his early career, he began playing in the Western Hockey League with the Portland Winterhawks as a junior player. Since then he has adopted Ice-hockey as his profession.

As of 2019, Tylor is currently playing for Rochester Americans of the American Hockey League (AHL). He was first selected by the Philadelphia Flyers in the 4th round as a 117th overall pick in the 2012 NHL Entry Draft.

He made his NHL debut on November 14, 2015, playing against the Carolina Hurricanes. Additionally, he scored his first goal on December 17, 2016, against the Dallas Stars.