Taylor Jenkins is an American professional basketball coach who is currently serving as the head coach of the Memphis Grizzlies of the National Basketball Association (NBA), a position he held since 2019. Early in his career, he has remained an assistant coach f Milwaukee Bucks and Atlanta Hawks. Also, he was the head coach of NBA D-league Austin Toros for a season 2012-2013.

Arlington, Texas native, Taylor Jenkins was born on 12th September 1984, under the star sign Virgo. The thirty-seven years old holds an American nationality and is of white ethnic background. He stands 6 ft 3 in (1.91 m) tall.

Taylor Jenkins is currently under a multi-year deal with the Memphis Grizzlies of the NBA. Neither the franchise nor the head coach has publically come out with the financial information about their deal.

Taylor Jenkins is a family person. He is married to his wife Chantall with whom he shares four children including two college-aged sons from his wife's previous relationship. The coach says the eldest children “keep him in touch” with the younger generation. 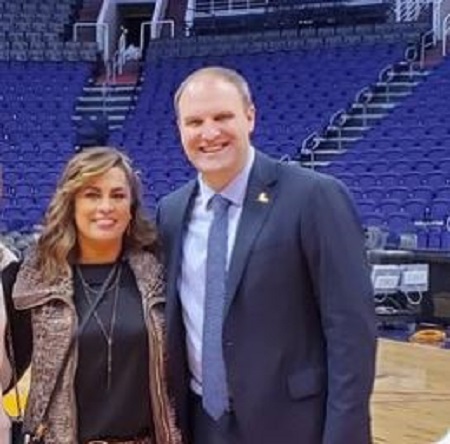 However, the Jenkins family are among the low key family in the NBA. They prefer their personal life behind the camera.

Taylor Jenkins enrolled at the St. Mark's School of Texas in Dallas where he was a two-time captain on their basketball team. He was an undersized 6-foot-3-inch (1.91 m) forward. After graduation, he attended the Wharton School of the University of Pennsylvania but did not play college basketball. he earned a Bachelor's of Science in Economics while concentrating in Management and minoring in Psychology.

Taylor Jenkins started his basketball coaching career working as an assistant coach and a head coach for the San Antonio Spurs D-League affiliate, the Austin Toros in 2008. In 2012, he became the head coach for the 2012-13 season for the Toros.

On 11th June 2019, Jenkins was officially hired by the Memphis Grizzlies as their new head coach. In January 2020, he was named the Western Conference's Coach of the Month after leading the team to an 11–4 record during the month.