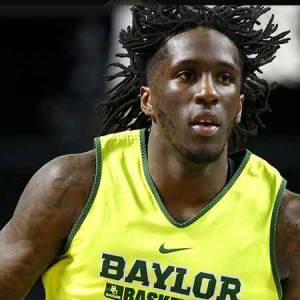 Taurean Prince is an American professional basketball player who plays in the National Basketball Association (NBA). Prince currently plays for the Atlanta Hawks as their small forward. He was selected with 12th overall pick in the round one of the 2016 NBA Draft by the Utah Jazz.

Taurean Prince currently has an estimated net worth of over $3 million. He is reported to earn around $2.5 million as his yearly salary from Atlanta Hawks for the 2018-19 season.

Taurean Prince Salary and Net Worth

Taurean Prince's net worth as of the year 2019 is estimated to be over $3 million. Over two season of his NBA career, his total career earning is $7,267,680 million.

It’s time! Wanna send my blessings to all hoopers in the league, the season has started & a lot of pain, tears, smiles & laughs come w/ it. BUT at the end of the day God has put us in a unbelievable position to be great for not only ourselves, but the ppl we go to war with every night to those we see and look to for comfort and support! We’ve got at least 82 opportunities to escape reality for 3hrs at a time & express ourselves in ways we can’t off the court. Appreciate every single one of them cause all this shit can be gone tomorrow. Forget tryna be cool or doing the most to try & fit in’ all that is obsolete now a days. Be you & grind for the respect you feel you deserve Let’s get it. #FH #LIE

The contract also includes a year-option with the annual salalry of $4,791,212.

Taurean Prince is the father of two children. He is married to his wife Hanah Prince since early 2017 and has been about three years now.

The couple is reported to have been dating each other for some years as they had their first child soon after their marriage. They were blessed with their first child; a daughter named Ameera in January 2017.

His parents divorced when he was very young and started living with his mother. He has a sister named Catina Prince with whom he grew up.

After completing high school, Taurean Waller-Prince enrolled at Baylor University and played for the Baylor Bears. In his entire college career, he played in 129 games and ended with an average of 10.2 points, 4.2 rebounds, and 1.1 assists.

Taurean Prince entered the 2016 NBA draft where he was picked by the Utah Jazz with their 12th overall draft right. The Jazz traded his rights to the Atlanta Hawks on July 7, 2016, in a three-team deal also involving the Indiana Pacers. He signed a rookie scale contract with the Hawks on July 15, 2016.

In his rookie season, Prince split his time between the Long Island Nets of the NBA Development League and the Hawks. At the end of his rookie season, he played in 59 games for the Hawks, starting in 10 of those games recording an average of 5.7 points, and 4.5 rebounds.

The following season, Taurean Prince became the starter for the Hawks. He played in all 82 games of the regular season and ended the season with an average of 14.1 points, 4.7 rebounds, 2.6 assists and 1.0 steals which was a big improvement from his past season.

Prince continues to play for the Hawks along with teammates Bradley Beal, Kent Bazemore, Jeremy Lin, and Trae Young for the 2018-19 season.