Takkarist McKinley is an American professional football player who plays in the National Football League (NFL). As of 2019, McKinley currently plays for the Atlanta Falcons as their Defensive end. He played college football for the UCLA Bruins and was drafted by the Falcons in the first round of the 2017 NFL Draft.

As a Defensive end, Takkarist Jaune McKinley reportedly earns around $2,554,133 as his yearly salary from Atlanta Falcons and reportedly has an estimated net worth of $5 million.

As of 2019, Takkarist Jaune McKinley has an estimated net worth of over $5 million which is same as that of Buffalo Bills Russel Bodine. He reportedly signed a four-year contract worth $10,216,530 contract with Atlanta Falcons.

Besides his financial earnings, his personal assets include home and cars and he also earns a good amount from various sponsorships.

Takkarist has not shared details about his probable girlfriend/wife on his social accounts since he keeps his personal life secret from the general public. Since he had a bad childhood, he is always focused on his career so that he could have a good future and keeps away from rumors and controversies.

So far there are no rumors and controversies regarding his relationship or affair disclosed on the media. Despite being a famous NFL player, he is also a popular social media star with a huge number of fans following him on his official social accounts.

Takkarist Jaune McKinley is not only a world-class athlete but also has a very attractive individual. Talking about his body measurements, he has a height of 6 feet 2 inch and weighs around 120 kg.

Takkarist Jaune McKinley was born on November 2, 1995, in Oakland, California to mother Tedgela Mitchell. As per his nationality, he is American and belongs to the Mixed ethnic group and his star sign is Scorpio.

Takkarist's childhood is not so good since he doesn't know about his father and his mother abandoned him when he was just 5 years old and since then his grandmother Myrtle Collins raised him.

McKinley started his NFL career after being drafted in the 2017 NFL Draft by the Atlanta Falcons. In addition to this, NFL analyst Mike Mayock ranked him the 4th best edge rusher and also another NFL analyst Bucky Brooks ranked him the 2nd best outside linebacker. 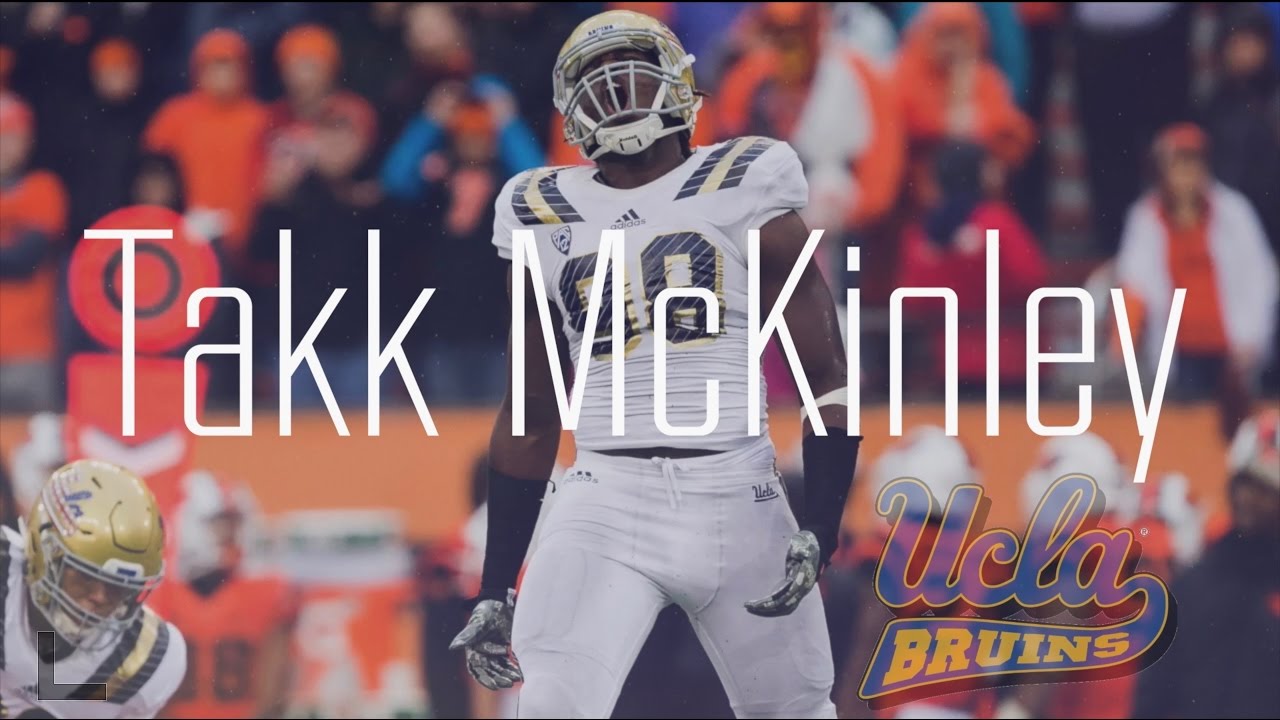 Falcons signed a four-year contract on May 11, 2017, with Takkarist and he played 16 games and became the second rookie behind Adrian Clayborn.