Tad Boyle is an American college basketball coach and the current head men's basketball coach at the University of Colorado. He was named the assistant coach for USA Basketball a second time in 2015. Prior to his coaching career, Tad used to play collegiate basketball at Kansas under coach Ted Owens and Hall of Fame coach Larry Brown.

Career and Achievements of Tad Boyle

Tad Boyle returned to Colorado in 1986 and began to continue back basketball where he served six years as a high school basketball coach. He further served as a sophomore coach for Greely West High School, as an assistant coach for Loveland High School, and at Longmont High School for three years. 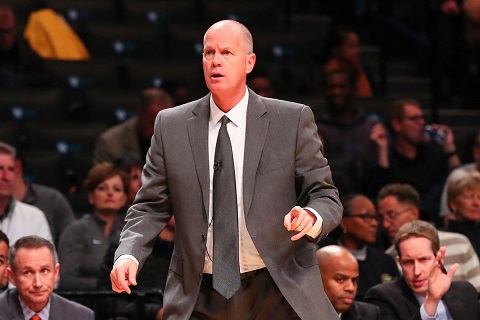 Tad Boyle while his team is playing SOURCE: The Ralphie Report

Tad began to coach alongside Mark Turgeon, his former teammate at Kansas as Turgeon asked him to join in 1994. After three years he went on to serve as an assistant coach in Tennessee. He again rejoined Turgeon after a year but this time at Jacksonville State.

Boyle worked as an assistant coach in Wichita State for six years from 2000-2006. Finally, on April 19, 2010, he was named the head coach of Colorado which he described as the best part of his life. He is having his best seasons with Colorado and is still serving as their head coach. He is one of the top College basketball coaches alongside Dusty May and Jay Young.

Currently 59, Tad Boyle has a personal life as successful as his career. Tad is a married man and shares a loving relationship with his wife. Tad Boyle is married to Ann Schell and she looks after their children as a housewife. 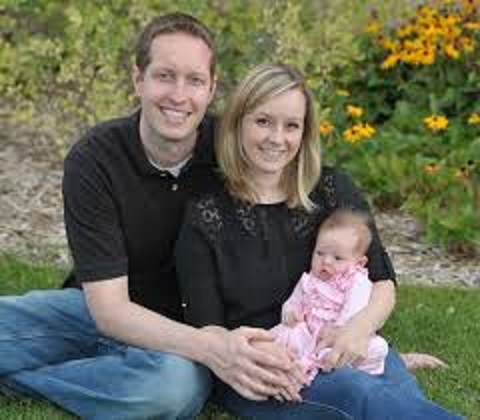 Tad with his wife and their first child SOURCE: SIDream Sports

The couple together has three children, two sons, and a daughter named Jack, Pete, and Claire. The family resides happily in metro Denver in one of the most expensive houses out there.

Earnings, Salary, and Net Worth of Tad Boyle

Tad Boyle is one of the most reputed coaches in college basketball and yes he has secured a bulky net worth along with a good salary and earnings. His previous approved salary in 2017, featured a base and supplemental total of $1,426,663. 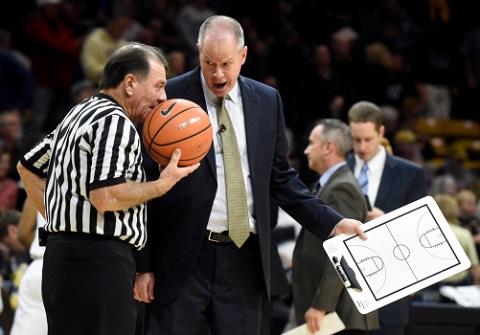 Tad having words with the referee SOURCE: The Denver Post

As of 2020, he made $1.81 million in base and supplementary salary. His new contract will feature a base and supplemental raise of $380,537 per year. Boyle has an estimated net worth of $4.5 million in 2021. Boyle and his wife Anne bought a $3 million house in Denver which was the most expensive home purchased in Denver, Metro. They sold their previous home in Niwot for $1.375 million.