Suni Lee is a rising American artistic gymnast. She won the uneven bars bronze medal winner. Lee was a member of the teams that won gold at the 2019 World Championships and silver at the 2020 Olympic Games. Suni is among the most decorated American female gymnast.

Suni Lee was born Sunisa"Suni" Lee on March 9, 2003, in Saint Paul, Minnesota. She is the daughter of Suni Lee and her former husband. Lee was raised by her mother's longtime partner, John Lee, from two onwards. Lee has three half-siblings, Evionn, Lucky, and Noah. Suni stands five feet and weighs 50 kg. After graduating from High School, Suni verbally committed to Auburn University.

Suni started training from a very early age. Lee is the 9th-most-decorated American female gymnast. She started gymnastics at the Midwest Gymnastics Center in Little Canada, Minnesota. Lee won the all-around at a state meet, the second meet of her career. At the age of eleven, Suni qualified for the elite. She made her junior elite debut at the 2016 U.S. Classic. 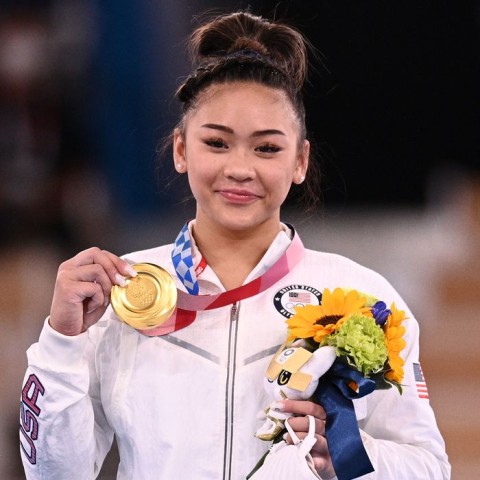 Suni shares a photo with her Gold Medal at the 2020 Olympics SOURCE: Getty Images

In 2018, Lee made it to the 2018 Pacific Rim Gymnastics Championship, won the gold medal with the U.S. team in the team final, and the silver medal on vault, balance beam, and floor exercise. Shortly after that, Suni had to withdraw from the Pan American Games after having an ankle injury. In July, The American gymnast won the gold medal on the balance beam.

In 2019, Suni turned senior and made her debut memorable, winning a gold medal at the 2019 City of Jesolo Trophy. In the 2019 U.S National Championships, She was in second place in the all-around behind Simone Biles. Lee competed on uneven bars, balance beam, and floor exercises at the end of the season and helped the USA win the gold medal ahead of Russia and Italy in the World Championships. The following season, The American athlete spent two months recovering from a broken bone in her left foot and two months recovering from an Achilles tendon injury.

In early 2021, Suni competed in numerous events and qualified for the Olympics Trials. She later finished second in the qualification and made it to the Olympics. Lee spent the Olympics with one gold, silver, and bronze medal.

Appearing in Reality Shows and Media

After a successful 2020 Tokyo Olympics, Suni joined the Reality show Dancing with the Stars in season 30. She is not the first Olympic gymnast to be part of the show but is the seventh one. Lee partnered with Sasha Faber and was eliminated during week 9 of the competition, finishing in 5th place.

Suni is an active social media user. She keeps sharing a lot of her pictures on her timelines. Following her Instagram account, We can be sure that Lee is dating her boyfriend, Jaylin Smith. The love birds have been together for some time. They opened up about their relationship status in early 2022. However, She only posted a photo of them in May 2022. 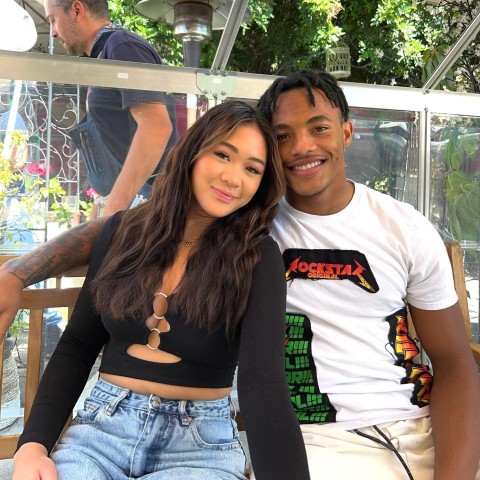 Suni received many hateful comments from her community while dating an African-American man. Jaylin is an American football player playing for USC. They are very close to each other and spend their free time together.

Suni has an estimated net worth of more than $500,000. She has accumulated most of her net worth through her successful gymnastics career. Lee took home $75,000 while winning a gold, silver, and bronze medal in the Tokyo Olympics. She must be making a handsome amount through her sponsors and advertising deals.

Suni must be making a good amount from her Social media. She has a huge fan base on her social media and gets paid at least $1,000 for each post she makes on her Instagram. Cristiano is the highest-paid Instagram personality with an average amount of more than $1.6 Million.

Suni is an active social media user. She has a total of 1.7 Million followers on her Instagram account. The athlete keeps posting photos of her training, vacations and sponsorship posts. She is very selective regarding her posts.