Simone Biles, undoubtedly the best gymnast in the world and she won the heart of people of her home country the USA. Her dedication to become a world champion in gymnastics is remarkable. Her passion, hard work, and sheer determination have made her successful. Simone Biles is one of the most decorated gymnasts who won four gold medals at the Rio Olympics 2016.

She has also won the World All-Round Championship thrice (2013-15), the United States All-Around Championship four times (2013-2016), and also the part of the gold medal-winning American team at 2014 and 2015 World Artistic Gymnastics Championships.

How Much Is Simone Biles Net Worth In 2019? Know Her Salary, Earnings & Endorsement

The four-time Olympic champion with eyes on Tokyo 2020, Simone Biles has an estimated net worth over $3 million as of 2019.

According to the US Olympic Committee, a gold medal winners will be rewarded with a $25,000 cash prize, silver with $15,000, and bronze with $10,000. Simone won four gold medals (including the team gold) in Rio, as well as a bronze, which would put her pre-tax winnings from the Olympics at $110,000. 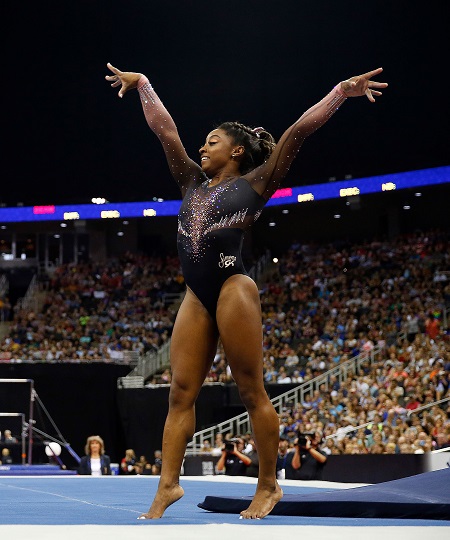 Her prize money from world championships is considerably lower, even though she's racked up plenty of medals there over the past several years.

Matter of fact, a large portion of her net worth hasn't come from gymnastics prize money at all, but rather from endorsement deals with major brands. She has signed endorsement deals with various renowned brands such as Nike, Beats by Dre, Caboodles, Spieth America, Mattress Firm, Choice of Champions, Hershey's, and Kellogg's.

With a tremendous net worth and earning, she is living a lavish lifestyle. She owns a Range Rover starting from $90,795. Additionally, she gifted her mom, Mercedes Benz.

Simone Biles garnered lots of media attention for her remarkable performance.  She has countless fans who want to find out about her love life. 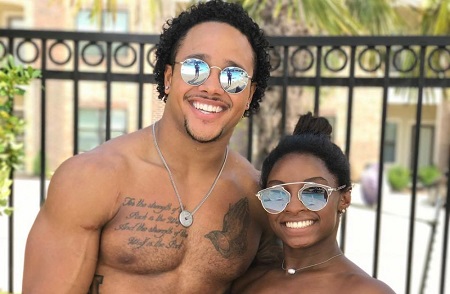 Currently, she is dating fellow gymnast, Stacey Ervin, who has been a member of Team USA. Her boyfriend is a nationally recognized champion and has been sponsored by 1stphorm nutrition.

During the Rio Olympics, she was rumored to be dating Brazilian gymnasts Arthur Nory Oyakawa Mariano. However, the rumor is not fact and Simone Biles mentioned he is not a boyfriend of hers and she said: “We r just good friends”.

Simone Biles dedication to the sports gymnastics makes her popular all around the world. Her fans would be delightful to know that she got endorsed and is doing a commercial for several branded products. She appears in the commercial of Tide. She is also associated with Procter & Gamble. She also made her appearance as a guest “The Ellen DeGeneres Show.

At the end of 2016, Google is releasing top trending people of 2016 and she is the no.7 Most Trending Woman of 2016. It is a huge achievement for her. Donald Trump is on top and Hillary is in second.

Simone Biles was born as Simone Arianne Biles. She was born on March 14, 1997, and this makes her age 19 years now. Her place of birth was Columbus, Ohio. Her hometown is Texas. Adria Biles, Adam Biles, and Ron Biles Jr. are her siblings.

Simone Biles and her siblings lived the first three years with her mother. As her mother was highly addicted to alcohol and drugs, her mother was incapable to look after her children. She completed her graduation in 2015.

Simone Biles started training of gymnastics at the age of 8. She was trained by Aimee Boorman.