Born on 14th September 1987, Steven Pearl is thirty-four years old. He holds an American nationality and is of white ethnic background. Though not a standout athlete in college at Tennessee, he played in at least 17 games in all four of his seasons with the school. His coach during his Tennessee stint was his dad, Bruce Pearl. He played in 34 games (one start) and shot 54.7% from the field as a senior.

An assistant basketball coach at Auburn Tigers, Steven Pears makes $100,000 per annum as salary. Pearl started as a director of basketball operations at Auburns and in 2017, he was promoted to a full-time assistant coach position.

Most notable, Pearl was crucial in the development of Chuma Okeke, who was drafted with No. 16 overall in the 2019 NBA Draft by the Orlando Magic and is currently under a 2 year $6.39 million contract. In getting drafted, Okeke became the first Auburn player picked by an NBA franchise since 2001.

Before coming into basketball coaching, he worked as a medical sales representative. As of 2021, his net worth is $0.1 million.

Steven Peel has been in a relationship with Brittany Farrar for a few years now. Farrar is a fitness instructor who owns a gym, Fir Quarters, and also co-owns another physical fitness center, Shed Fitness. 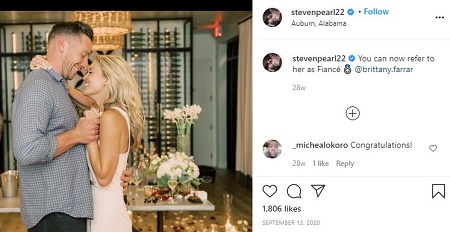 Both Pearl and Farrar are active on Instagram and share adorable pictures since they got into this relationship. On 13th September 2020, Pearl announced their engagement via IG. It Reads "You can now refer to her as Fiance." We wish nothing but luck to this newly engaged couple.

Steven was born as one of four children to Bruce Pearl and his wife Brandy Pearly. He grew up alongside two sisters Jacqui and Leah and Michal. 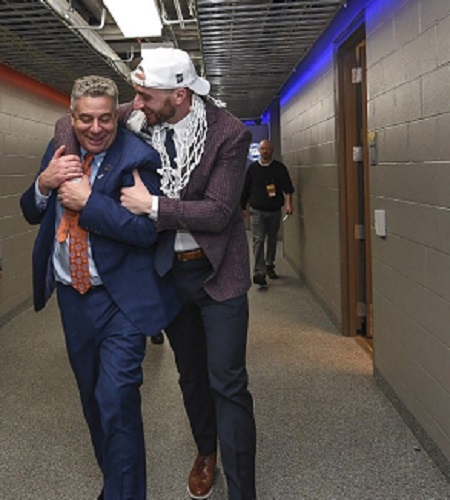