Dennis Schroder is a German professional Basketball Player player who plays in the National Basketball Association (NBA). As of 2021, he currently plays for the Los Angeles Lakers as their Point guard. Previously, he played for other teams like Phantoms Braunschweig, Atlanta Hawks, Oklahoma City Thunder.

As a Point guard, Dennis reportedly earns around $16 million as his yearly salary from the Lakers. Further, he has an estimated net worth of over $30 million.

Who is Dennis Schroder Married to?

Dennis Schroder, 27, is a married man. He exchanged the wedding vows with his long-time girlfriend, Ellen Ziolo. However, the duo has not revealed the exact date of their marriage.  Furthermore, the duo started dating in 2017. 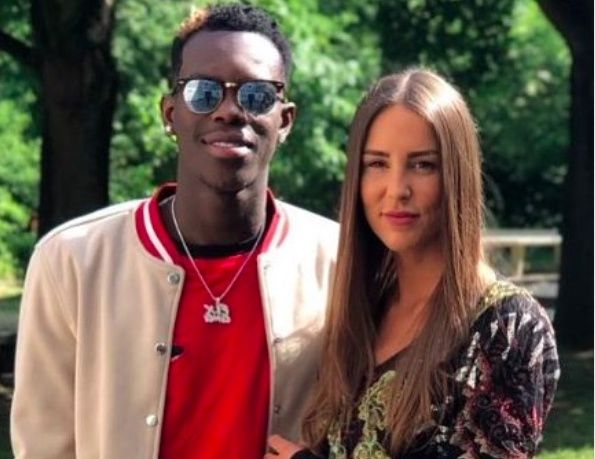 As of now, there is no news and rumors popped out on media sites regarding conflict, extra-marital affairs, and divorce in their relationships.

Dennis Schroder's Net Worth, Contract, and Salary As of 2021

The significant source of Schroder's income is his professional basketball career. As of 2021, he has an estimated net worth of over $30 million. Further, the NBA player has an average salary of $16 million annually from the Los Angeles Lakers.

Dennis Schroder was born on September 15, 1993, in Braunschweig, Germany to parents Axel Schröder and Fatou Schröder. As per his nationality, he is German and belongs to an African ethnic group. Further, his star sign is Virgo.

From his early age, he has shown his keen interest in sports.  Nevertheless, he never mentioned his high school and college.

Schroder started his professional career with the Phantom Braunschweig. He played three years for Phantoms. In his first season, he showed his techniques and skills to his opponents. He averaged 7.8 points, 2.1 assists, and 1.6 rebounds per game in a 2nd-tier German language.

In the Year 2013, on June 27, the Atlanta Hawks selected him with the 17th overall pick in the 2013 NBA draft. On July 11, 2013, he signed with the Hawks. He was compared to Rajon Rondo for his playing style.  He entered the season as the Hawks' second point guard, behind Jeff Teague in the rotation.

On July 25, 2018, Schroder was traded to the Oklahoma City Thunder.

Facts and stats of Dennis Schroder